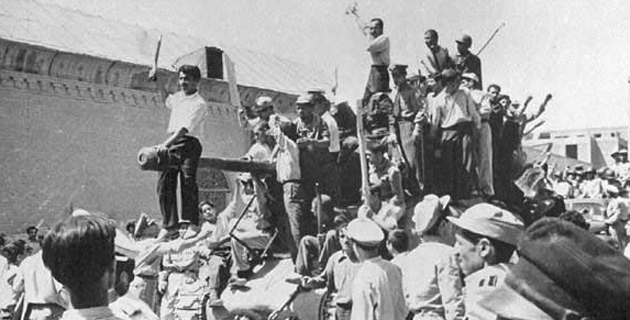 The Central Intelligence Agency, via declassified documents, has acknowledged its central role in the subversion of democracy in Iran. The coup took places six decades ago, so better late than never:

The newly declassified material is believed to contain the CIA’s first public acknowledgment of its role in deposing democratically elected Prime Minister Mohammad [Mossadegh] after he nationalized the country’s oil industry. The move—and Iran’s broader lurch to the left under [Mossadegh]—infuriated Great Britain and the United States, which pressed Shah Mohammad Reza Pahlavi to depose him in 1953.

Mossadegh was sentenced to three years of solitary confinement in 1953 and remained under house arrest until his death in 1967. The U.S.-British plot to overthrow him served as a rallying point for the 1979 revolution that ousted the Shah, and Mossadegh remains a popular figure in Iran today despite his secularist politics.

For decades, it’s been no secret—nor has it been at all ambiguous—that the CIA helped orchestrate the coup d’état. In fact, President Obama talked publicly about the CIA-backed coup during his widely covered 2009 speech in Cairo, Egypt: “For many years, Iran has defined itself in part by its opposition to my country, and there is indeed a tumultuous history between us,” Obama said. “In the middle of the Cold War, the United States played a role in the overthrow of a democratically-elected Iranian government. Since the Islamic Revolution, Iran has played a role in acts of hostage-taking and violence against U.S. troops and civilians. This history is well known.”

Part of this well-known history includes CIA operatives bribing Iranian street thugs to riot against the elected government. Following the victory of coup leaders, a lot of pro-Mossadegh citizens were detained, tortured, and/or murdered. This was merely one episode in the long-running series of “CIA Does Messed-Up Thing Around The World.”

The declassified material (you can read key excerpts here) were made available thanks to the efforts of the National Security Archive at George Washington University. The Archive also recently published, as a result of their public records request, CIA history on Area 51.