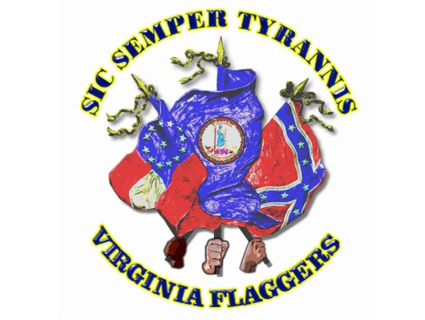 Coming this fall to I-95 in Richmond: A 15-foot-wide Confederate battle flag.

On Saturday, Virginia Flaggers, a small organization dedicated to promoting the state’s Confederate heritage, announced that it is leasing a small patch of land adjacent to the highway just outside the state capital, from which it plans to fly the Confederate flag*, “24/7, 365 days of the year.”

In a post on the Flaggers’ website, spokeswoman Susan Hathaway announced that the flag “will serve to welcome visitors and commuters to Richmond, and remind them of our honorable Confederate history and heritage.” The group’s members are going to start work on the project this week, with a formal unveiling slated for September 28; in the meantime, they have launched a fundraising campaign to bring in the $3,000 they need to put the thing up.

Prior to the I-95 project, the Virginia Flaggers had spent most of their energy protesting the decision by two museums, the Museum of the Confederacy in Appomattox and Richmond’s Virginia Museum of Fine Arts, not to fly the Confederate flag outside. In an interview with the Richmond Times-Dispatch, Hathaway explained that the flag’s positive message had been distorted by groups like the Ku Klux Klan. (Confederate cavalry commander Nathan Bedford Forrest, whom Hathaway is a fan of, was the Klan’s first grand wizard.)

The Confederate States of America was a dysfunctional coalition of 11 states formed in 1861 around a unifying principle of white supremacy. Member states initiated a four-year-long armed conflict against the Union that resulted in 600,000 deaths. Post-Civil War, the Confederate battle flag was a largely dormant symbol of the Old South until the 1950s, when opponents of federal action against racial segregation adopted it once again—sometimes in places, such as Kentucky, that had remained under Union control throughout the war.

Hathaway did not respond to a request for comment from Mother Jones, but on the Flaggers’ website, the group does weigh in on the relevance of the Confederate flag in the age of Obama. On July 4th, Virginia Flaggers posted a special Independence Day message: “God bless America…and God bless those who have the courage to stand in the face of tyranny…whether it be in 1776…1861…or 2013!”

*Correction: This post originally misidentified the Confederate battle flag as the “stars and bars.”