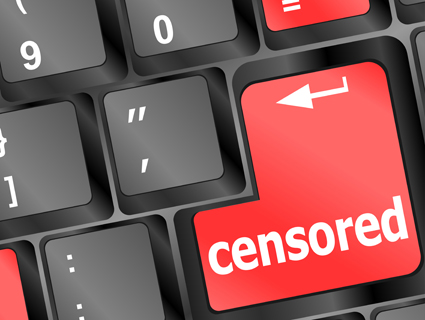 On Monday, Salon’s Laura Miller reported on an almost mythical creature—an actual F-bomb in the pages of the New York Times. According to Miller, the use of the word “fuck,” in an excerpt from Jonathan Lethem’s new novel Dissident Gardens, constituted the paper of record’s “first ever use of the word.” As she put it, “With the discretion of a well-bred debutante, the Times has just lost its F-bomb virginity, so to speak.” Lethem, reached for comment, told Miller he was “delighted.”

But it’s not the first time the paper has used “fuck” or one of its variants. The Times‘ anti-profanity editorial policy is, as Salon has chronicled before, often absurd, leading to the awkward censorship of band names, book titles, and, at least once, the vice president of the United States. But it only applies to nonfiction. A quick search through the paper’s archives reveals dozens of instances of F-bombs casually inserted in fiction excerpts. Most of the time those are online-only features that supplement print reviews, but occasionally the word makes its way into the paper itself. And in some extenuating circumstances, such as the publication of the 1998 Starr Report, the paper’s news desk has consented to publish the F-word as it appears in quotes.

And there’s this, which was excerpted in the September 21, 2003, edition of the Times: “He might even be truly sick, fucked up, in pain, who knew? Your only option was to say dang, white boy, what’s your problem? I didn’t even touch you. And move on.” A few paragraphs later: “Play that fucking music, white boy! Stretching the last two words to a groaning, derisive, Bugs-Bunnyesque whyyyyyyyboy!”