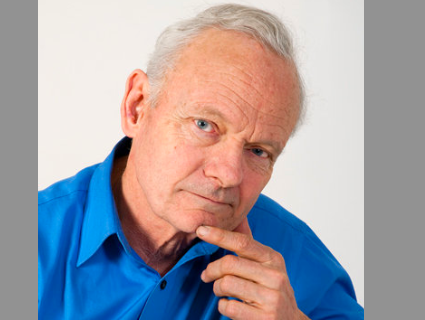 After months of in-fighting, the beleaguered Oregon Republican Party elected a new chairman last weekend. His name is Art Robinson, and he wants to sprinkle radioactive waste from airplanes to build up our resistance to degenerative illnesses. Robinson, who unsuccessfully ran for Congress against progressive Rep. Peter DeFazio in 2010 and 2012, took over after the previous chair resigned in advance of a recall campaign over her alleged financial mismanagement.

Robinson, who has a Ph.D. in chemistry, has marketed himself for the last three decades as an expert on everything from nuclear fallout to AIDS to climate science in the pages of a monthly newsletter, Access to Energy, which he published from his compound in the small town of Cave Junction. A quick glance at his writings, which were publicized during his ill-fated challenges to DeFazio, suggest that whatever the failings of the previous party leadership—Democrats now hold all statewide elected offices and control both houses of the state Legislature—Robinson brings with him a new set of challenges entirely.

On nuclear waste: “All we need do with nuclear waste is dilute it to a low radiation level and sprinkle it over the ocean—or even over America after hormesis is better understood and verified with respect to more diseases.” And: “If we could use it to enhance our own drinking water here in Oregon, where background radiation is low, it would hormetically enhance our resistance to degenerative diseases. Alas, this would be against the law.”

On public schools: “Public education (tax-financed socialism) has become the most widespread and devastating form of child abuse and racism in the United States. Moreover, people who have been cut off at the knees by public education are so mentally handicapped that they cannot be responsible custodians of the energy technology base or other advanced accomplishments of our civilization.” (Robinson, a home-schooling activist, sells a DIY curriculum for $195.)

On AIDS: “There is a possibility that the entire ‘war’ on HIV and AIDS is in error. U.S. government AIDS programs are now receiving $6 billion per year and are based entirely upon the hypothesis that HIV virus causes AIDS. Yet, the articles referenced above and numerous additional publications by scientists who have become involved in this controversy state that: attempts to cause AIDS experimentally with HIV have completely failed; thousands of AIDS victims are HIV-free; and HIV shows none of the classical characteristics of a disease-producing organism. Moreover, AIDS is not a unique disease—it is an increased susceptibility to many ordinary diseases presumably as a result of depressed immune response. This depressed immunity can result from many other factors including those especially prevalent in the AIDS afflicted population—drug abuse and unhygienic exposure to very large numbers of different disease vectors. Moreover, large numbers of HIV carriers who are symptom-free are being treated by powerful life-threatening drugs that kill people in ways very similar to AIDS.”

(His conclusion on the AIDS epidemic: Homosexuality might be a natural consequence of the gay lifestyle, and the federal government had cooked the books “as an excuse for all sorts of social engineering, especially in the public schools.”)

On climate change: “[T]here is substantial scientific evidence that increases in atmospheric carbon dioxide produce many beneficial effects upon the natural plant and animal environments of the Earth.”

On diversity: The white-male imbalance at his alma mater, Cal Tech, Robinson argued, was due to the fact that “its applicants are weighted toward those who seek severe, difficult, total-immersion training in science—an experience few women and blacks desire.”

During his campaigns, Robinson distanced himself from his past writings—without overtly rejecting them. He conceded that the nuclear waste proposal was “politically impossible” and a “complicated scientific subject,” and on the subject of public education, admitted that “had I known I would ever run for office, I’d have said it differently.” In an interview with MSNBC’s Rachel Maddow, he justified his AIDS theory by noting that “15 years ago, the scientific debate was different than it is today,” before attempting to change the subject to taxes.

Still, Robinson’s questionable scientific theories could make him some bipartisan allies; the deep-blue voters of Portland recently voted to ban fluoride from the city’s drinking water.