Women played a crucial role in the March on Washington—behind the scenes, on stage at the Lincoln Memorial, and in the crowd. But it was 1963, civil rights groups were run by men, and the contributions of the women who risked life and limb alongside them went largely unrecognized. Women almost didn’t even make it into the official program—at the last minute, a “Tribute to Negro Women Fighters for Freedom” was added. Just one woman—Daisy Bates, who helped the Little Rock Nine integrate an Arkansas high school—spoke during the official program. She took the place of Medgar Evers’ widow Myrlie, who had missed her flight.

Fifty years later, let’s take a look at some of the women, from entertainer Lena Horne to unknown volunteers and protestors, who helped make the march historic. 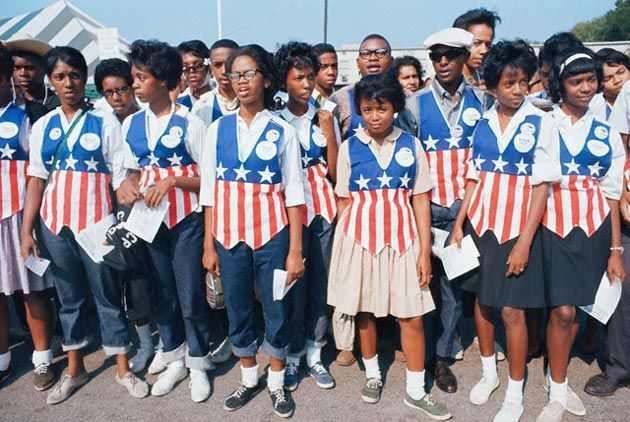 More than 200,000 people descended on the National Mall for to hear speeches by civil rights leaders, clergyman, and others—including Martin Luther King Jr.’s “I Have a Dream” speech. (Steve Schapiro/Corbis) 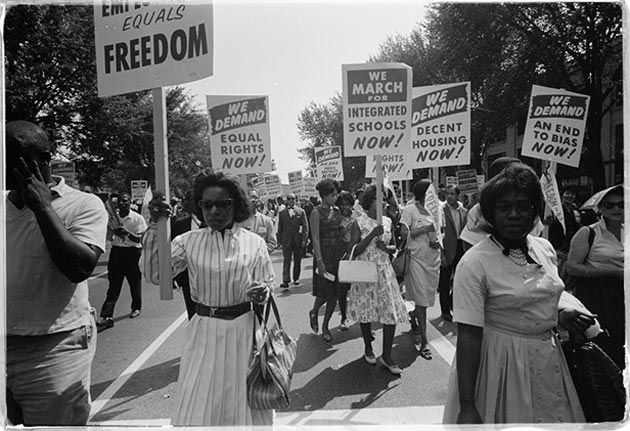 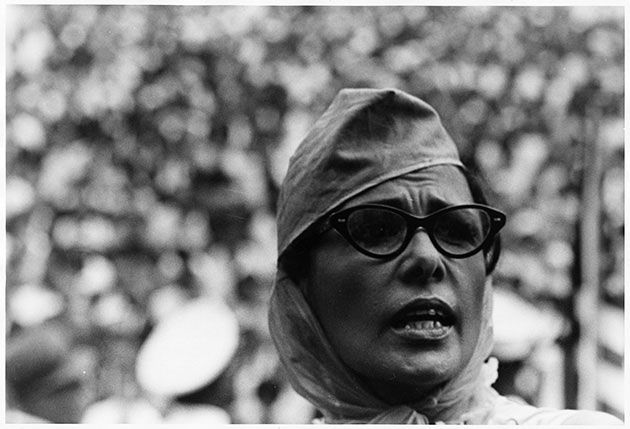 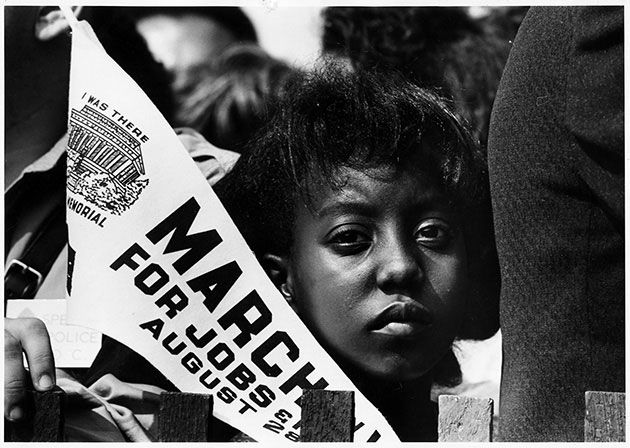 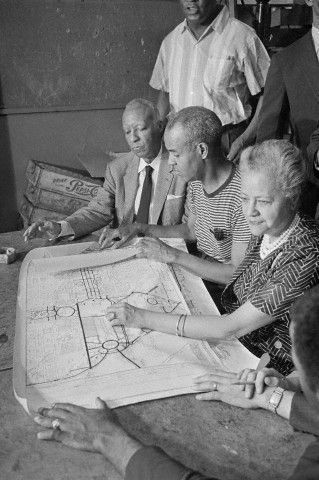 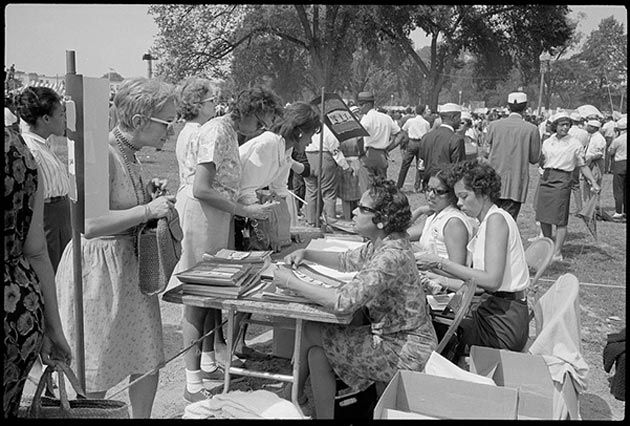 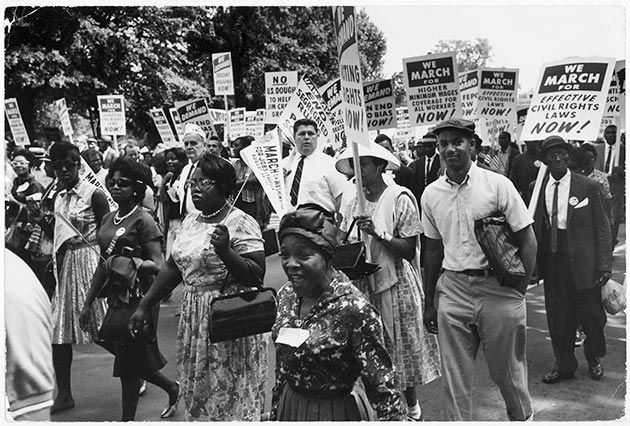 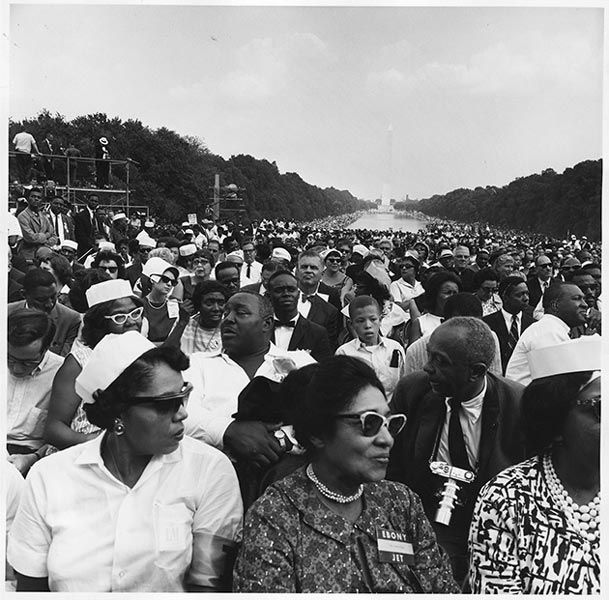 At the Lincoln Memorial (National Archives) 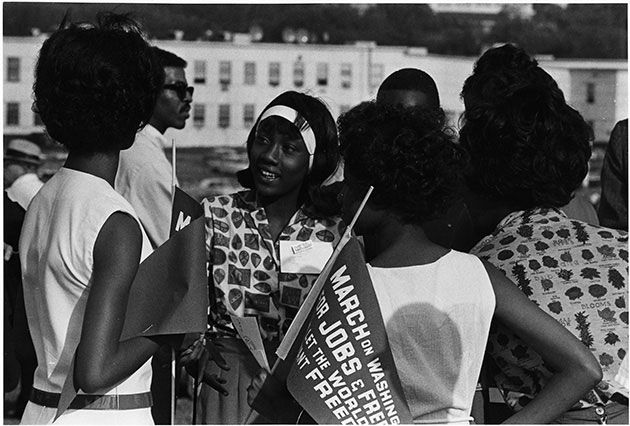 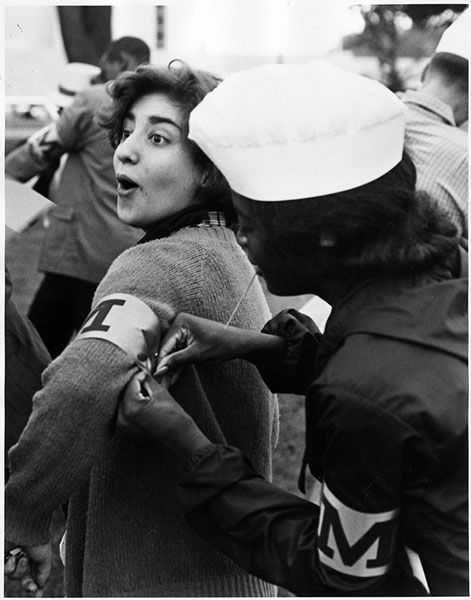 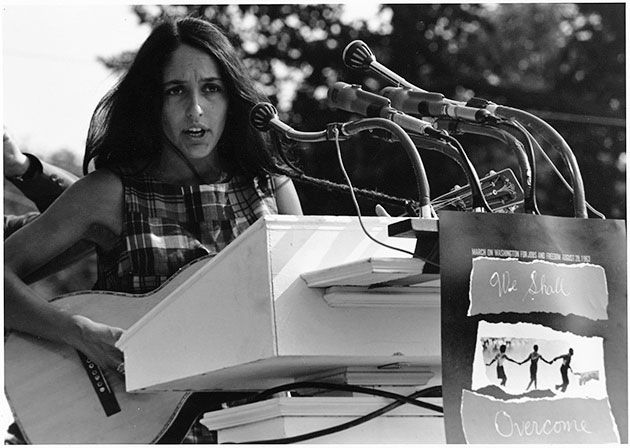 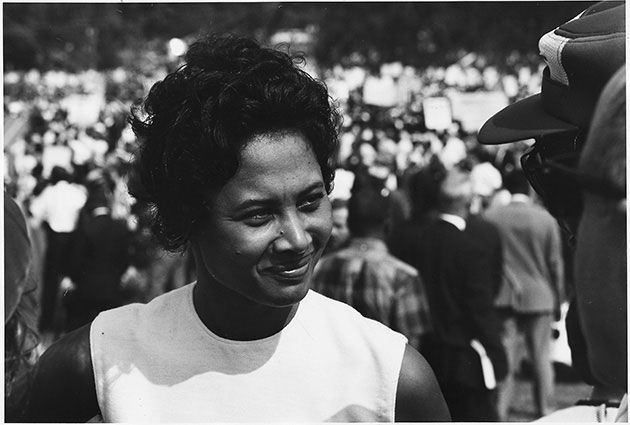 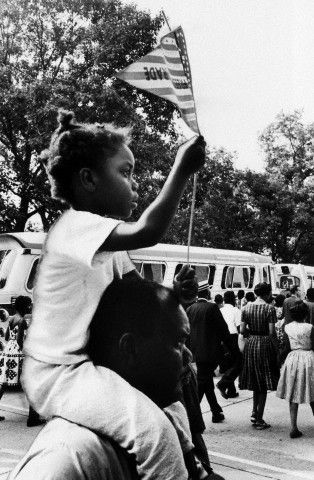