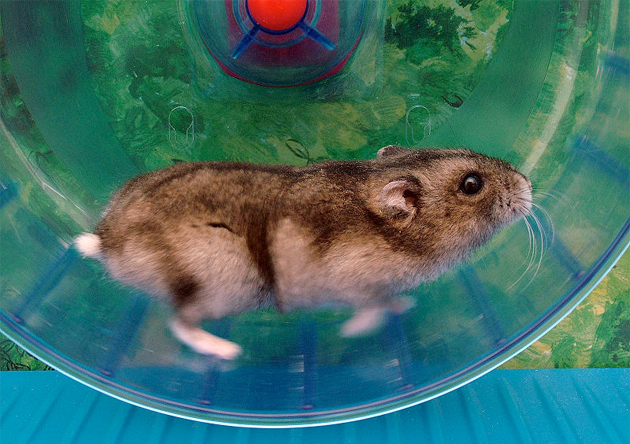 “How many different ways are there to say that the Tea Party Republicans are both crazy and stupid?” wonders The American Prospect‘s Paul Waldman as the defund-Obamacare-or-shut-down-the-government showdown approaches. Answering that may be like counting how many licks it takes to get to the center of a Tootsie Pop, but here are 10 colorful ways of filling in the sentence “Congressional Republicans are like…”

• “…skillful mechanics riding a runaway freight train with no one in the locomotive.”

• “…a schoolyard bully who realizes that the kid he’s picking on is smarter than he is and just humiliated him in front of the entire student body.”

• “…a colony of termites, voraciously nibbling away at the foundations of Obamacare.”

• “…the bride who has jilted all her previous grooms but has the audacity to be angry at the boyfriend who refuses to propose.”

• “…the fellow who bellies up to the bar, asking for just one more round of tax breaks for his buddies, while declaring, ‘Put it on my tab.'”

• “…a hamster on a treadmill, just keep doing the same thing over and over.”

Honorable mention: “John Boehner is like a preschool teacher who can’t control his class, so he’s letting the class eat Play-Doh, despite the fact that eating Play-Doh is going to make them sick, and he can’t do anything about it.”