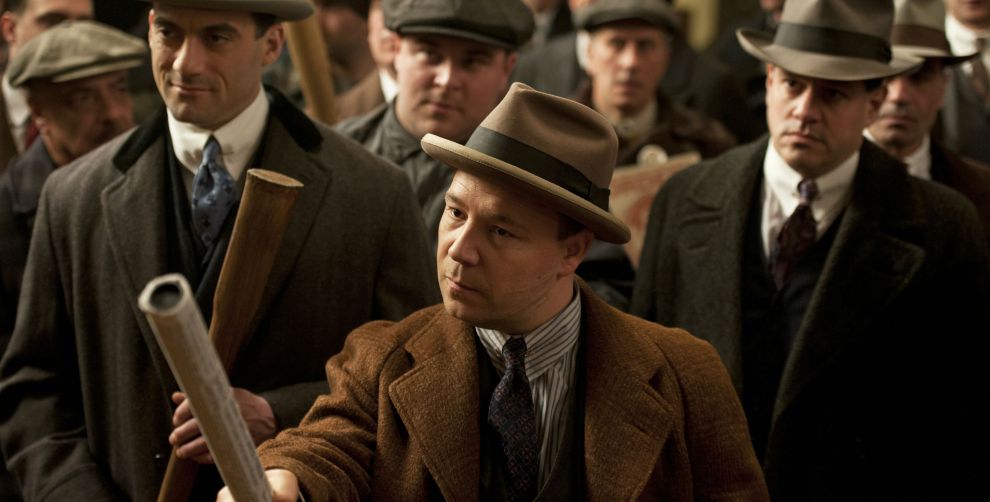 As much critical acclaim as Boardwalk Empire has garnered over the last three years, there’s an argument to be made that the HBO drama remains underrated. The series dialogue is consistently some of the sharpest and memorable on television, almost on a casual basis. The casting, production values, music, and 1920s gangland confrontations are superb. The effortlessness with which the Boardwalk crew juggles seemingly dozens of intersecting storylines is admirable. And the creative involvement of Martin Scorsese (who executive-produced and directed the $18-million pilot episode), author Dennis Lehane, and Terence Winter certainly doesn’t hurt.

It’s all too easy to take the show’s greatness for granted at this point. The fourth season (premiering Sunday, September 8 at 9 p.m. ET/PT) shrewdly advances and improves upon the rich character development and Prohibition-era power struggles of the excellent third season. Nucky (Steve Buscemi), “Chalky” (Michael Kenneth Williams), Capone (Stephen Graham), Rothstein (Michael Stuhlbarg), Gillian (Gretchen Mol), and company are back performing another act of their seedy opera of money, sex, booze, and spilled blood. The first five episodes of the new season are as stirring in the hushed violence of tense conversation as they are in the decidedly louder violence of slain mobsters. The season’s fifth episode includes one of the most riveting, jaw-dropping death scenes in the history of television.

And Boardwalk Empire has always featured a healthy serving of political content, inspired by true stories of Jazz Age corruption and presidential, federal, and local politics. James Cromwell guest-starred last season as an exceedingly grumpy Andrew Mellon, who was Treasury Secretary under presidents Harding, Coolidge, and Hoover. The series also depicts Gaston Means (Stephen Root), a real-life con artist who was tied to crooked politicos during the Harding era.

Season four draws from a similarly shady political history. Al Capone is shown subverting democracy before he becomes the infamous Chicago boss—Capone and his brother Frank (Morgan Spector) harass working-class residents of Cicero, Illinois, to ensure the election of a Republican mayor. It’s an exciting subplot based on something that actually happened in the mid-’20s. From History.com:

In 1923, when Chicago elected a reformist mayor who announced that he planned to rid the city of corruption, [Johnny] Torrio and Capone moved their base beyond the city limits to suburban Cicero. But a 1924 mayoral election in Cicero threatened their operations. To ensure they could continue doing business, Torrio and Capone initiated an intimidation effort on the day of the election, March 31, 1924, to guarantee their candidate would get elected. Some voters were even shot and killed.

Even Chicago’s tongue-in-cheek political saying, “vote early and vote often,” has been attributed to Capone.

This season also introduces Dr. Valentin Narcisse (Jeffrey Wright, a terrific actor who played Colin Powell in W. and blues legend Muddy Waters in Cadillac Records), a Trinidad-born, Harlem-based crime lord who is as ruthless as he is cultured and sophisticated. Narcisse refers to black Americans as “Libyans” and white Americans as “Nordic.” He works at the Universal Negro Improvement Association, a once-influential fraternal organization founded by the black nationalist Marcus Garvey. Narcisse is a charismatic criminal with “well-formed, proto-black-power politics,” as Slate notes. Here’s Wright talking to GQ about his character, and the racial politics that come with the territory:

Dr. Narcisse is a doctor of divinity, vice, and chaos. So, he walks into the room and he stirs things up but he’s an equal opportunity troublemaker…But his relationship to Chalky is one that’s based in the intra-racial relations of the time to a wonderfully detailed extent—at that time, there was something of a great debate within African-American society, among the great thinkers of the past: W.E.B. Du Bois, Booker T. Washington, Marcus Garvey, and within the Harlem Renaissance, about what was the way forward. Within that debate were some pretty vicious personal attacks over complexion, politics, between urbane and rural—a lot of those dynamics are fleshed out within the relationship between Dr. Narcisse and Chalky. It even further immerses the storyline in real history.

I’ll leave you with the season-four “Kings” trailer, which features Narcisse prominently: