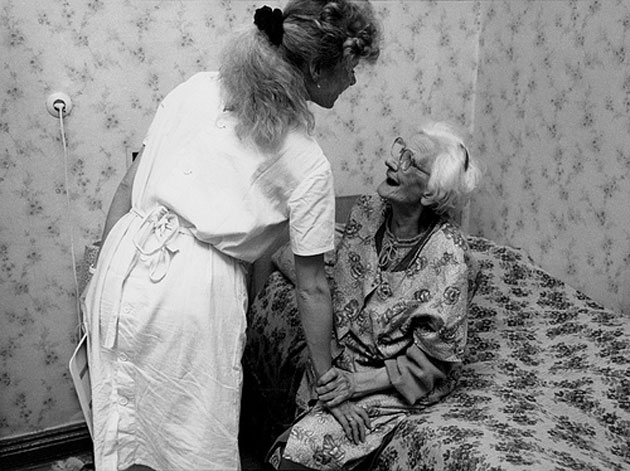 The Obama administration made a huge announcement last Tuesday: Starting in January 2015, the federal labor laws that currently ensure minimum wage and overtime protections will be extended to the nation’s direct-care workers—some 2 million people who perform jobs like caring for the elderly and the disabled. And yesterday, Gov. Jerry Brown signed the California Domestic Workers’ Bill of Rights into law, expanding the legal protections for its estimated 360,000 (PDF) domestic workers. He vetoed a similar bill last year.

Timeline: “The Real History of Domestic Workers in America”

Domestic-care work is largely overlooked and undervalued, and domestic workers—many of whom are women and immigrants—face grave financial hardships and exploitation. “Direct-care work,” or “home care work,” is a subset of domestic work, and specifically relates to people who are employed to care for the elderly, the infirm, and people with disabilities. Currently, while domestic work such as housekeeping is protected, people who care for the elderly and disabled are exempted from both federal minimum wage and overtime protections. Domestic workers living in their employer’s home are exempted from federal overtime protections. Here are four reasons why these recent decisions are so important:

1. The “home care” industry is one of the fastest growing in the United States.
According to the Bureau of Labor Statistics, employment of home health and personal care aides—people who provide care to the disabled, chronically ill, and cognitively impaired—is expected to grow by about 70 percent between 2010 and 2020. In that time period, home health and personal aides are projected to grow faster than any other occupation, including biomedical engineers, carpenters, and physical therapy assistants. 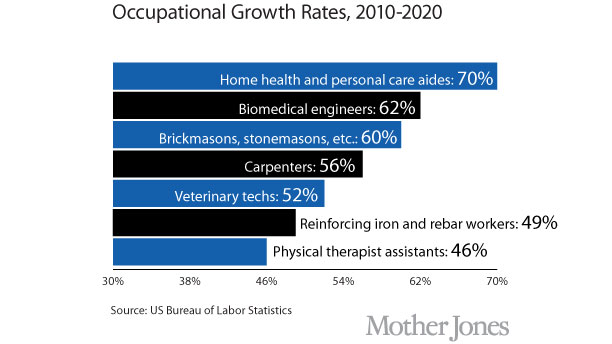 2. Despite the industry’s huge proportions, most states don’t provide wage or overtime protections for home care workers.
Currently, more than half of states provide neither wage nor overtime protections for home care workers. And only three states—New York in 2010, Hawaii this past July, and most recently California—have passed a domestic workers’ bill of rights, legislation that national organizations of domestic workers have been trying to pass for years. The National Domestic Workers Alliance, led by labor rights advocate Ai-Jen Poo, says that such bills ensure basic rights such as overtime pay, meal and rest breaks, and adequate sleeping conditions for live-in workers. Illinois, Massachusetts, Ohio, and Oregon have all tried and failed to pass bills of rights. 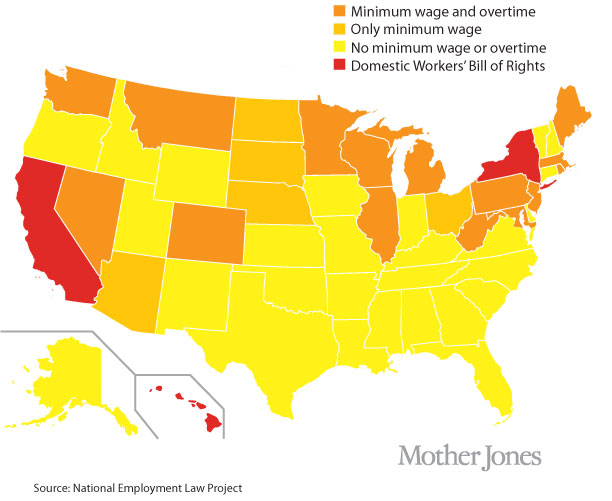 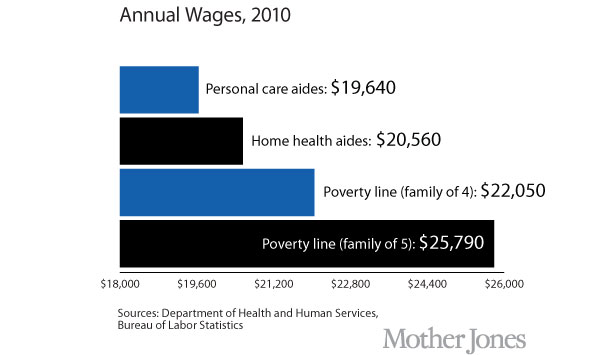 Meanwhile, the agencies that connect domestic workers and people in need have flourished. According to the National Employment Law Project, “for-profit home care chains rake in 30 to 40 percent profits in a $70 billion industry, even as hourly wages are low enough to qualify home care workers for public assistance in 34 states.”

4. The resulting economic insecurity is worst for women of color and immigrant women.
A groundbreaking study by the National Domestic Workers Alliance found that domestic workers—90 percent of whom are women, and 50 percent of whom are minorities—have little financial security, and that “20 percent report that there were times in the previous month when there was no food to eat in their homes because their was no money to buy any.” The study found, moreover, that native-born women of color and immigrant women fair far worse then their white counterparts. 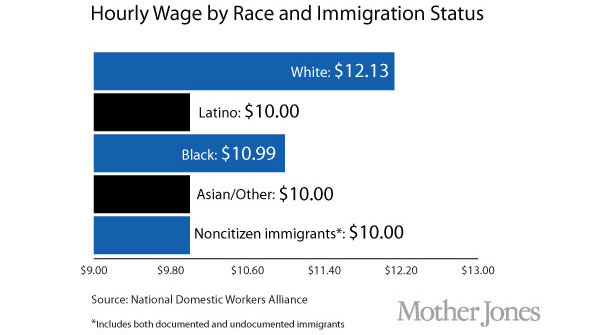 These numbers, moreover, contribute to a larger lack of economic security among women, particularly women of color. The chart below is based on a Wider Opportunities for Women analysis of recent Census poverty data, and it shows that 60 percent of women—as compared to 45 percent of men—are financially insecure, meaning their incomes do not meet their basic needs. The numbers are, unsurprisingly, worse for women of color. Latina women, who comprise the majority of housecleaning employment, are least economically secure. 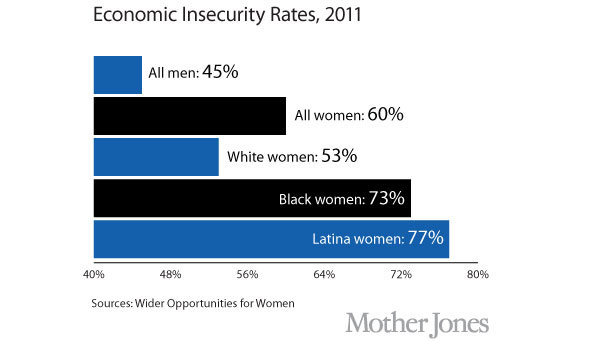 Even though the ruling is not set to take effect for more than a year, it sheds light on the millions of domestic workers in the United States and the difficult conditions in which they work. And aside from all of the potential financial benefits to domestic workers, the expansion also has a symbolic effect: making visible what has for so long gone unrecognized as “real work.”