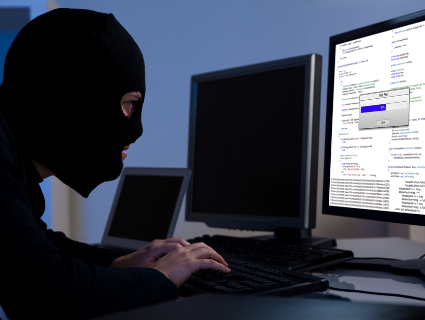 Conservatives have been freaking out lately about how Obamacare, the president’s signature health care law, could lead to massive identity theft. Now House Republicans have joined in.

The Affordable Care Act provides $67 million to over 100 community and health care groups to hire “navigators” to help sign up uninsured Americans for health coverage through the new health insurance exchanges that go into effect on October 1. A report released by the House Committee on Government Oversight and Reform on Wednesday found that more safeguards are needed to ensure that criminals don’t impersonate navigators in order to steal financial details from people trying to sign up for health insurance.

According to the report, there is “significant risk for fraud and abuse due to the lack of background checks for Navigators and Assisters and the inability of consumers to find out whether someone offering them assistance with ObamaCare is a trained and certified Navigator or Assister or a scam artist.”

The law’s backers say this is just another attempt to “throw sand in the gears of this program as part of a broader campaign to take away health insurance coverage for tens of millions of Americans,” as Rep. Jackie Speier (D-Calif.) put it in a letter to House Republicans Tuesday.

The department of Health and Human Services argues that the new technology infrastructure created by the Affordable Care Act meets federal and health care industry data security standards, and adds that navigators’ are not so different from those hired to help Americans enroll in Medicare. “The navigator program is similar to Medicare counselors, which have existed for years and never faced this kind of criticism from Congress,” Brian Cook, an HHS spokesman told the Wall Street Journal. “The shameful and unprecedented attempt by some in Congress to bully and intimidate these private organizations is clearly an ideologically driven attempt to prevent uninsured Americans from gaining health coverage.”

Still, some of the GOP’s concerns may be legitimate. Navigators are not required to have a government ID or other documentation proving they are authorized to help enroll people for health coverage, and the government has not yet set up a list of all authorized navigators. Sixteen states have already imposed stricter rules on navigators on their own, including criminal background checks and requirements that these helpers obtain state licenses.

The White House is listening. On Wednesday, the Obama administration announced a new effort to assure Americans that the information they submit when applying for health care is private and secure; White House officials plan to unveil a toll-free telephone number where consumers can report fraud under the new law, and will soon launch an education campaign to warn consumers to be on the lookout for scams.