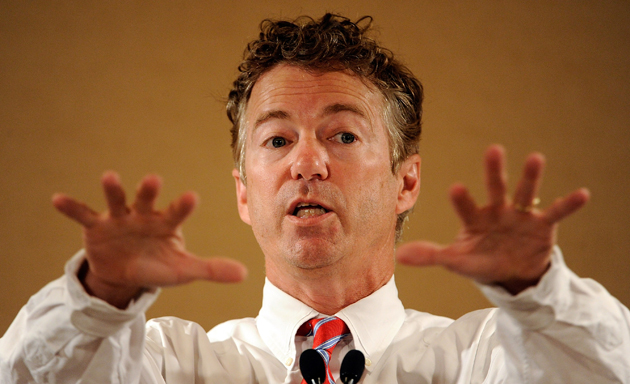 Last week my colleague Tasneem Raja and I published a map highlighting Arizona Republican Sen. John McCain’s long, loud history of proposing American military interventions in foreign countries. (His 2000 “rogue-state rollback” strategy, for instance, called for American-backed regime change in North Korea, Iraq, and Libya.) Apparently, it struck a nerve with McCain’s colleagues. On Friday, in an interview with Buzzfeed‘s McKay Coppins, Kentucky Sen. Rand Paul, one of the party’s loudest anti-war voices, highlighted our guide while taking a dig at McCain’s push for military intervention in Syria:

“There was a funny article the other day in Mother Jones—did you see it? About one of my colleagues?” he asked.

He was trying to do the polite, senatorial thing by not mentioning his “colleague” by name. But when his vague prompt was met with a blank look during an interview with BuzzFeed, he scrapped the pretense of diplomacy and charged forward.