Justifiable homicides increased by an average of 53-percent since 2005 in the 22 states that have passed stand-your-ground laws—while falling in the rest of the country—according to a new report from the National Urban League* and Mayors Against Illegal Guns, a pro-gun-control organization helmed by New York City mayor Michael Bloomberg. In Florida, where the fatal shooting of Trayvon Martin by George Zimmerman first thrust the laws into the national spotlight last spring, the increase in justifiable homicides was even higher—200 percent. 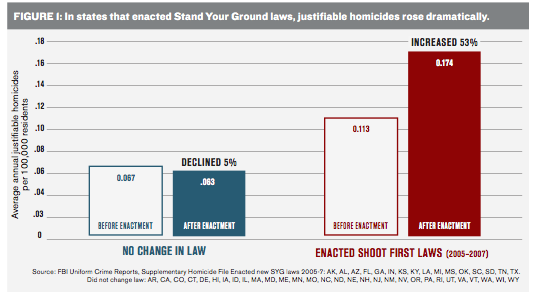 The report was released on Monday, in advance of Tuesday’s Senate judiciary committee hearing on stand your ground laws. Martin’s mother, Sabrina Fulton, is scheduled to testify at the hearing. 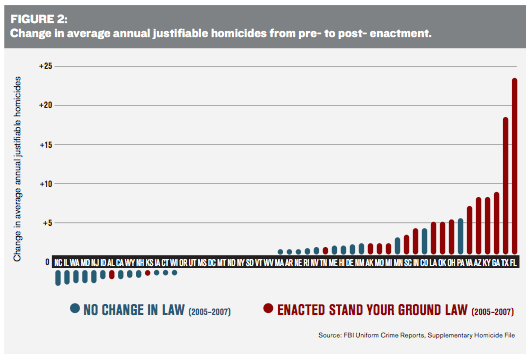 This isn’t the first time Florida’s racial disparities have been brought to light. After the Martin shooting, Republican Gov. Rick Scott created a special panel to put study the effects of the law. Despite abundant evidence to the contrary, it reported back that the law was working—a finding the state government seems more than happy to abide by.

*Correction: This post originally identified the report as being produced by the Urban Institute.