At a time when college students are struggling to keep up with skyrocketing tuition and debt, faculty pay is stagnant, and low-paid part-timers are replacing tenured profs, extreme financial benefits for academic executives—often in the form of exit bonuses, deferred compensation, and loan forgiveness—are becoming more prevalent at both private and public colleges and universities.

Here are 10 of the most eye-popping recent perks for higher-ed executives (and one retired general):

Earlier this summer, it came out that NYU had given president John Sexton a $1 million loan to purchase a vacation house on Fire Island, New York. Many universities in expensive cities help professors with housing loans, but this was unusually generous. “Assistance with mortgage by providing low-interest or no-interest loans is a necessity if you want people to live anywhere near the campus,” says Cary Nelson, former president of the American Association of University Professors. “But what the hell do they need a second home on Fire Island for, financed by the university?”

Read an article and charts on why college presidents are increasingly being paid like CEOs.

2. Penn State University: Paid its president $2.9 million after he was fired during the Sandusky scandal 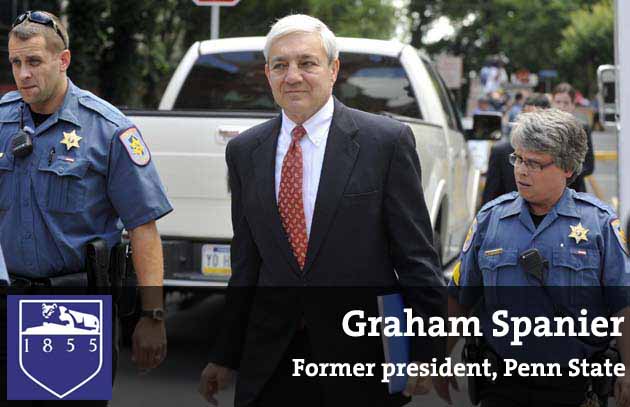 Graham Spanier was fired as president of Penn State in 2011 after news broke that longtime assistant football coach Jerry Sandusky had been sexually assaulting young boys on university property for years. Spanier and two other senior administrators have been charged for their alleged roles in the cover-up.

Despite this, Spanier was paid $2.9 million for the 2011-12 school year—more than any other public college president—mostly because he’d been fired without cause, meaning that his termination was not officially related to the scandal. The Chronicle of Higher Education reported that even though Spanier may eventually be stripped of his status as a tenured faculty member, he remains tenured and is still earning $600,000 a year while he’s on paid leave. 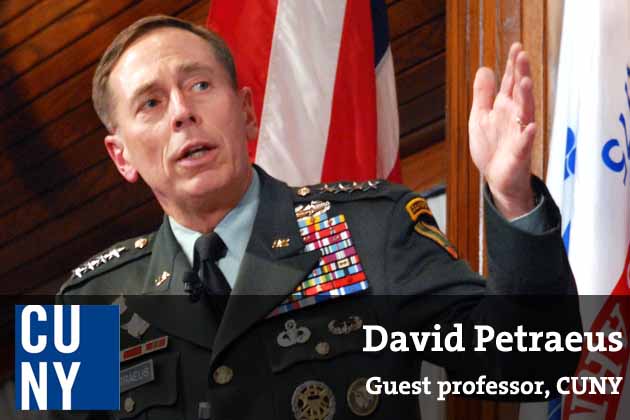 Last spring, CUNY announced that former CIA director General David Petraeus would teach a seminar titled “Are We on the Threshold of the North American Decade?” that would meet once a week for three hours.

As Gawker noted after it received a document containing Petraeus’ agreement with CUNY, starting adjunct professors at the school make about $25,000 per year—and do mountains more work. After public blowback, the college agreed to reduce Petraeus‘ salary first to $150,000 and then to $1. It’s unclear if Petraeus will be receiving other forms of compensation from CUNY. 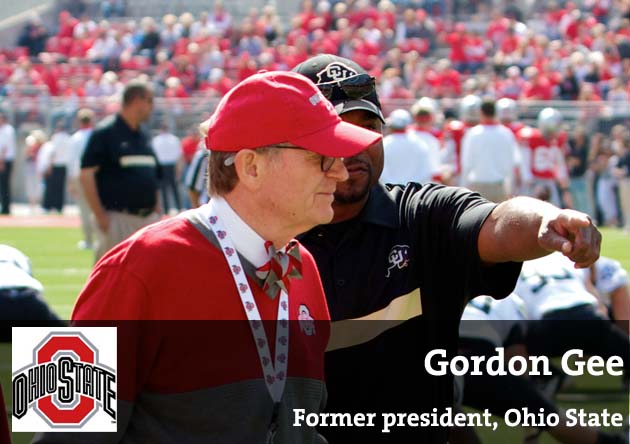 E. Gordon Gee retired as president of Ohio State in June with a hefty retirement package: He’ll earn $410,000 annually as a tenured law professor; have a desk, office, and parking space; and receive $3.3 million in additional pay and benefits over the next five years. 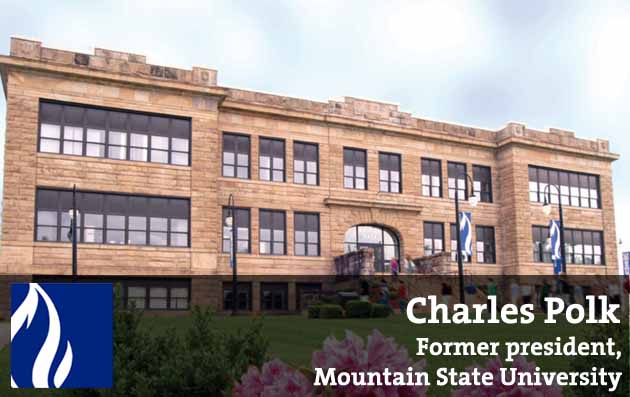 Mountain State University president Charles Polk was fired in the spring of 2012 while the West Virginia school struggled to show that its nursing program met all its accreditation requirements. In 2009, Polk collected $1.5 million in deferred compensation on top of his $370,000 salary. All told, Polk’s salary accounted for 3.7 percent of the mid-size college’s expenses that year. The next highest paid employee made a little more than $200,000. 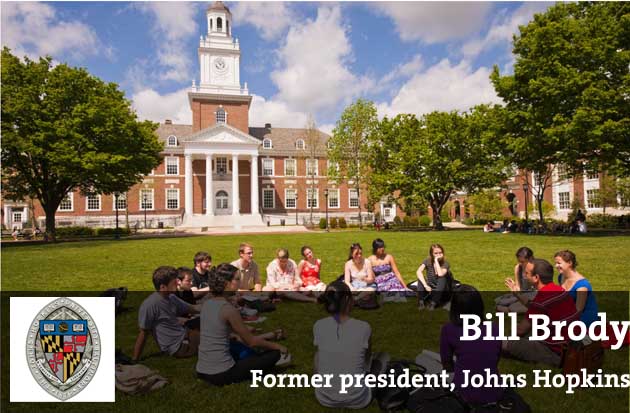 Bill Brody, who was president of Johns Hopkins for 12 years, was earning $850,000 per year when he retired at the end of 2008. Johns Hopkins paid him $3.8 million in retirement benefits when he left the university.

7., 8., and 9. The New School, University of Chicago, and University of the Pacific: Paid $1 million-plus in severance to retiring administrators 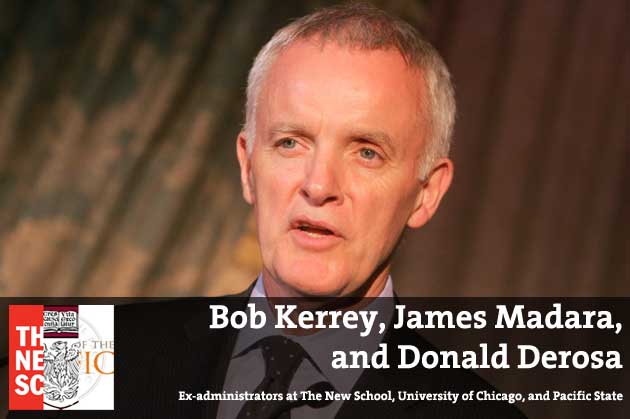 The New School’s outgoing president, former Sen. Bob Kerrey, received a $1.2 million exit bonus when he left the university in 2010. Former University of Chicago med school dean James Madara got a $2.5 million retirement package when he stepped down in 2009. Upon his retirement in 2009, Donald Derosa of the University of the Pacific earned $1.7 million in additional, unclassified compensation, plus around $70,000 in other retirement bonuses, bringing his salary up to $2.3 million. 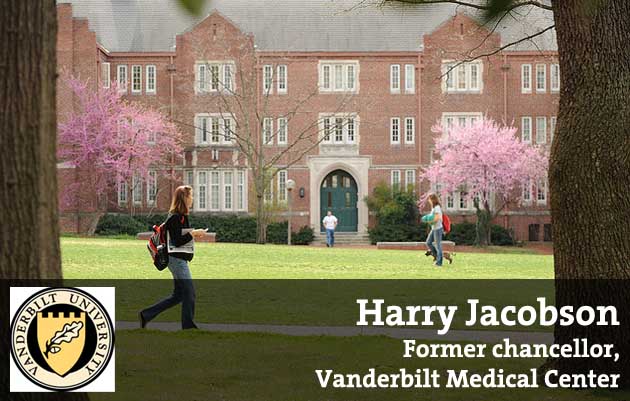 Harry Jacobson, the respected former chancellor of the medical center at Vanderbilt, took in more than $6 million in 2011 despite having officially retired two years earlier. That’s in addition to the $1 million paycheck and $4.2 million in bonuses and other compensation he received in the year he retired. In 2010, he received $2.8 million in deferred compensation for a total salary of around $4 million. In 2011, Vanderbilt paid 11 of its employees salaries of more than $1 million.