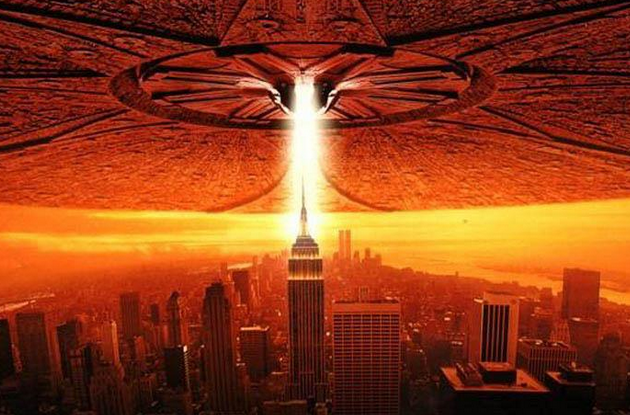 Perhaps you’ve heard that if Congress fails to raise the debt ceiling by October 17 the United States will face an unprecedented financial default. The way some Republicans talk about the consequences of passing that threshold, you might think that hitting that limit might not be all that bad (Florida’s Ted Yoho, in fact, thinks it would be beneficial). But sober-minded economists are describing the ramifications of a default with terms usually reserved Roland Emmerich flicks—like “apocalypse.” The full economic fallout of defaulting are unknown. “It’s a little like asking how many people will be killed if there’s another terrorist attack,” says Isabel Sawhill, a budget expert at the Brookings Institution. But we do know that as early as October 22 the US government will run out of money to pay its bills and federal spending will have to be cut by about 32 percent, according to an estimate by the Bipartisan Policy Center (BPC). That’s when Americans of all stripes would start feeling the pain in many different ways. Here are 16 of them:

2. Federal employees will be screwed…even more. Furloughed federal employees haven’t been paid since the government shutdown began on October 1. Congress is unlikely to end the shutdown without raising the debt limit, meaning furloughed staffers would be unlikely to receive paychecks anytime soon.

5. College kids will lose their private loans and have (even more) trouble getting jobs. The Treasury Department has warned that after a default, interest rates will skyrocket. Nick Schwellenbach, a fiscal policy analyst for the Center for Effective Government, says “federally subsidized loans would likely be buffered, but education grants funded by discretionary spending would likely stop during a default. Additionally, increased costs of borrowing would impact students who rely on credit cards and private loans to make ends meet. After graduation, economic downturn and uncertainty could once again increase unemployment rates for recent graduates.”

6. Say goodbye to your retirement savings. After the US government defaults, stock and bond prices are likely to fall dramatically, affecting the value of retirement accounts. A default could also trigger a financial crash that could match or surpass the 2008 meltdown, when retirement age Americans lost 25 percent of their assets. So Americans planning to retire will likely have to postpone that move to Boca.

7. Good luck buying a home. As the Treasury Department points out, a default would cause mortgage interest rates to skyrocket and banks to tighten their already super-tight lending standards, by requiring higher down payments, among other things. It may not even take an actual default, but the threat of one, to affect mortgage rates. During 2011’s debt ceiling debacle, interest rates jumped and stayed that way for months. As a result, an American taking out a mortgage of $235,000 saw an increase in monthly payments of about $100.

9. Or getting a credit card. Ditto.

10. And forget that trip to Paris. A default is widely expected to tank the value of the US dollar. That could be good for US manufacturers, but it’s bad if you’re planning a trip abroad where the buying power of the US dollar will be seriously diminished. And the recent political turmoil is already hurting American currency: As the government shutdown began, the dollar “sank to its lowest against the Euro in more than seven months and its weakest level versus the UK pound since January,” the Wall Street Journal reported.

11. That’s probably for the best since your company might not be able to pay you. Commercial paper, or short term corporate debt, is issued by many large companies to meet payroll and accounts receivable obligations. A default would cause commercial paper rates to spike, says Cornelius Hurley, a professor at Boston University’s School of Law and a former counsel to the Federal Reserve’s Board of Governors. That means corporations that don’t have a lot of cash socked away “may be unable to meet payroll obligations.”

12. Also, you might lose your job. According to Hurley, post-default “unemployment will spike immediately as firms suspend new and replacement hiring and comb their work forces for cuts.”

13. And you might not be able to get a new one. According to the Treasury Department, “many private-sector analysts believe that [a default] would lead to events of the magnitude of late 2008 or worse, and the result then was a recession more severe than any seen since the Great Depression.”

14. Small businesses will be hit especially hard. Entrepreneurs don’t want to take out loans when there’s high uncertainty about borrowing costs, and banks don’t want to lend to businesses that don’t have an established history of success. As the Center for Effective Government’s Schwellenbach explains, “In the wake of the 2008 crash, the credit freeze disproportionately affected small businesses. After June of 2008, lending to small firms decreased almost 18 percent.”

15. So will local governments. Schwellenbach says, “Instability in the stock market and higher borrowing costs could decrease confidence in municipal bonds, which are used to finance local schools and infrastructure projects. Unlike the federal government, many states and local governments are unable to borrow to avoid budget cuts, if the budget doesn’t balance. Additionally, a downturn in small business investment, potential decreases in employment, and a depressed housing market could all deprive local governments of revenue and strain resources.”

16. And, after all is said and done, the US deficit will increase. “When there’s a threat of default”—let alone an actual default—”you see interest rates go up on treasuries, so you have to have more government spending to pay back the interest,” says Harry Stein, the associate director of fiscal policy for the Center for American Progress. “So then you end up increasing the deficit. If that’s really all you care about, then you’ll see that playing with the default isn’t even productive. So why are we talking about this?”