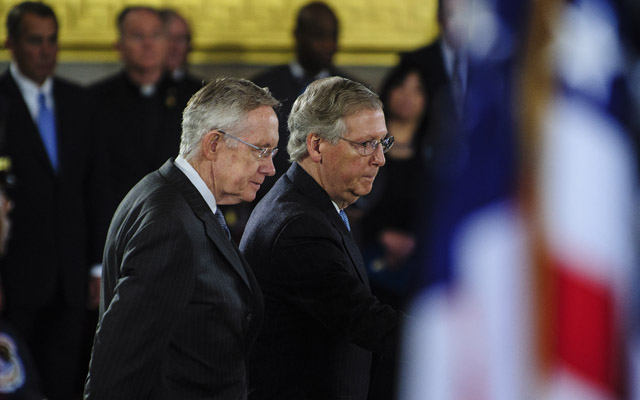 The deal to lift the debt ceiling and reopen the federal government unveiled by Senate Majority Leader Harry Reid on Wednesday barely touches Obamacare. That’s a major blow to conservative lawmakers in the House and Senate who shut down the government on October 1 over demands to delay or defund President Obama’s health-care law. This deal, crafted by Reid and Senate Minority Leader Mitch McConnell, leaves them empty-handed, with little, if anything, to show for their anti-Obamacare crusade.

Manning says that ALG will urge members to vote no on the Reid-McConnell deal. “This whole thing was about Obamacare,” he says. “And now this deal doesn’t touch Obamacare at all.”

The glitches marring the roll-out of Obamacare’s insurance exchanges, which opened for business on October 1, are even more reason to do everything possible to kill the law, Manning says. “We now have dramatically more evidence that this thing is a failure. Even if you like Obamacare, you can’t like what you’re getting right now.”

The Club for Growth, another heavy-hitting conservative group, is also telling members to vote no on the Reid-McConnell bill. The House and Senate are expected to vote on the bill later on Wednesday or early Thursday.