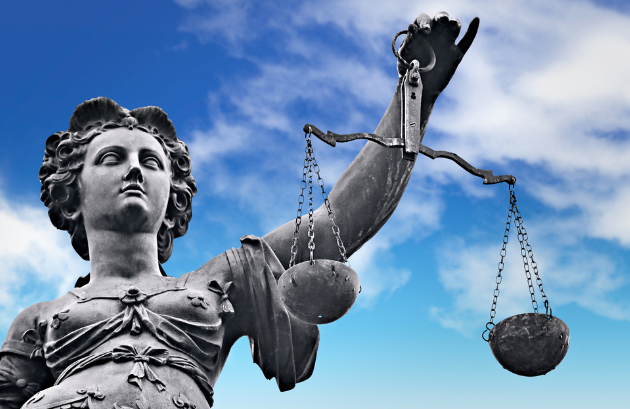 Justice is blind, except when it’s backed by millions in political spending. In the wake of Citizens United, the Supreme Court case allowing unlimited spending on elections by outside groups, judicial races in the thirty-eight states that conduct elections for their high courts have become indistinguishable from ordinary political campaigns, according to a new report released Thursday by the Brennan Center for Justice and Justice at Stake, which analyzed the 2011-2012 judicial election cycle. Check it out:

The last election cycle saw record spending: Special interest groups and political parties spent an unprecedented $24.1 million on state court races in the last election period, a jump of more than $11 million since 2007-08. The most expensive high court elections were in the four states where courts most closely divided by either judicial philosophy or political party: Michigan, Wisconsin, Florida, and North Carolina.

Top funders were mostly conservative: Business and conservative groups accounted for 7 of the top 10 spenders in 2011–2012.

Special interest group donations escalated: The independent groups empowered by Citizens United spent a record $15.4 million to persuade voters in high court races in the last election period, accounting for more than 27 percent of total spending on high court races. The previous record was $11.8 million in 2003–2004.

Super spenders dominated: Thirty-five percent of all funds spent on state high court races, or $19.6 million, came from only 10 special-interest groups and political parties. That’s compared with 21 percent in 2007-2008.

TV ad spending jumped: During the 2011-2012 cycle, a record $33.7 million was spent on television ads for state high court races, far more than the previous record of $28.5 million in 2007-2008. Negative advertisements aired in at least ten states. The Ohio Republican party said that Ohio Supreme Court justice candidate Bill O’Neill “expressed sympathy for rapists.” In Wisconsin, an incumbent justice was accused of protecting a priest accused of molestation. And in Michigan, one candidate was described as having “volunteer[ed] to help free a terrorist.”