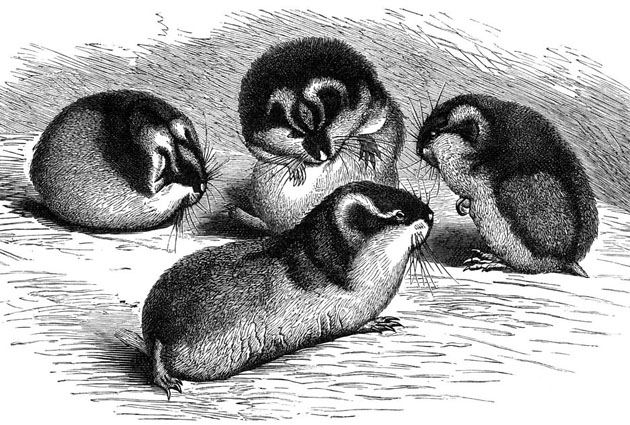 As the nation began grappling with the effects of the first government shutdown in 17 years—lost nutrition assistance, padlocked research labs, and the shuttering of virtually the entire Environmental Protection Agency—House Republicans met behind closed doors on Monday afternoon to sort out their differences and chart a new path forward. They still have some work to do.

The House GOP members who stubbornly insisted on blocking the Affordable Care Act as a condition of any funding resolution “are not tea party, and they’re not conservatives,” lamented a visibly upset Rep. Devin Nunes (R-Calif.), launching into his now-standard riff about North American tundra hamsters. “They’re anything but that. I mean, if you’re a conservative, you’re actually trying to do something. These people are just flat-out lemmings. That’s all they are. It’s like the lemming caucus.”

A fifth-term legislator from the Central Valley who once remarked that the Affordable Care Act had been passed with “totalitarian tactics,” Nunes makes for an unlikely spokesman for a GOP cohort that has been described in the press as “moderate.” But he insists it is the extremists in the House GOP caucus who are betraying the conservative movement. “You guys really need to find the lemming leaders, but they’re hard to find, because they don’t come out and actually speak,” he told reporters before ducking into the meeting. “They sneak around. They hide. They hold private meetings. They hold private conference calls. These people are actually the description of what’s wrong with Washington. They’re really no different from Obama because their politics are the same—gutter politics.”

So what more could he tell us about these secret strategy huddles? Nunes had no details: “You gotta go lemming hunting.” (One obvious flaw with Nunes’ political-suicide metaphor: Lemmings don’t actually commit mass suicide by running off cliffs—that’s a Hollywood creation.)

As he left the Republican conference meeting, senior members with Potbelly sandwiches passing him by, Nunes seemed resigned to his party’s fate. He affirmed his support for the party’s leadership and the “Ted Cruz lemming strategy” it was adopting. But he couldn’t resist one last dig. “If you’re going to take these extreme measures, you better have a plan to win. And I don’t know that there is a plan to win.”