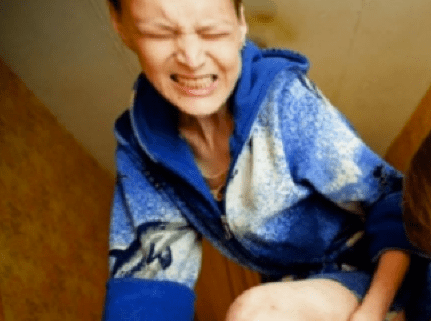 Last month, krokodil, a highly addictive drug that eats through human skin, made its first known appearance in the United States, with two cases reported in Arizona. Now, use of krokodil—which has been nicknamed the “zombie drug“—has spread to the Midwest. The Herald-News reports that five people have been treated for symptoms associated with krokodil use at the Provena Saint Joseph Medical Center in Joliet, Illinois, which is located about 40 miles from the Windy City.

Dr. Abhin Singla, director of addiction services at the Joliet hospital, told CBS 2 that one of the patients was a 25-year-old longterm heroin user who started using krokodil about a month ago. Singla notes, “When she came in, she had the destruction that occurs because of this drug, over 70 percent of her lower body.”

As we reported last month, krokodil, which is Russian slang for Desomorphine, has a similar effect to heroin, but it is significantly cheaper and easier to make. Its main ingredients are codeine, iodine, red phosphorous, paint thinner, gasoline, and hydrochloric acid. It’s far more addictive and deadly; krokodil users tend to only live two or three years. When the drug is injected into the skin, it often causes gangrene, forcing the skin to rot away, and causes speech problems and erratic muscle movements. Singla told the Beacon-News, “If you want to kill yourself, (using) this is the way to do it.” (For gruesome and totally NSFW images of the health effects of krokodil, go here.)

Singla told the Herald-News that the krokodil users believed that they were getting heroin and were given the other drug instead. Most said they obtained the drug in Chicago—not Joliet. Three of the patients were “middle-class white women in their early to mid-20s” and the other two were men, one 22 and the other 32, with arm wounds, according to the paper. The 25-year-old remains in intensive care, and “two others have left the hospital against medical advice because they were afraid of prosecution.” Krokodil is a new synthetic drug, so it is not yet a controlled substance, according to a DEA spokesperson.

Until this fall, the drug had never been seen before in the United States. However, the drug has been prevalent in Russia. In the first few months of 2011 alone, the Russia’s Federal Drug Control Service confiscated 65 million doses of the drug.

The Drug Enforcement Agency (DEA) is not currently investigating the reported emergence of krokodil in the US. “We have not received any sort of specimen in any of our labs,” DEA spokeswoman Dawn Dearden tells Mother Jones. But, she adds, “we’re keeping an eye out on the trends across the country, and if and when we need to get involved, we certainly will.”