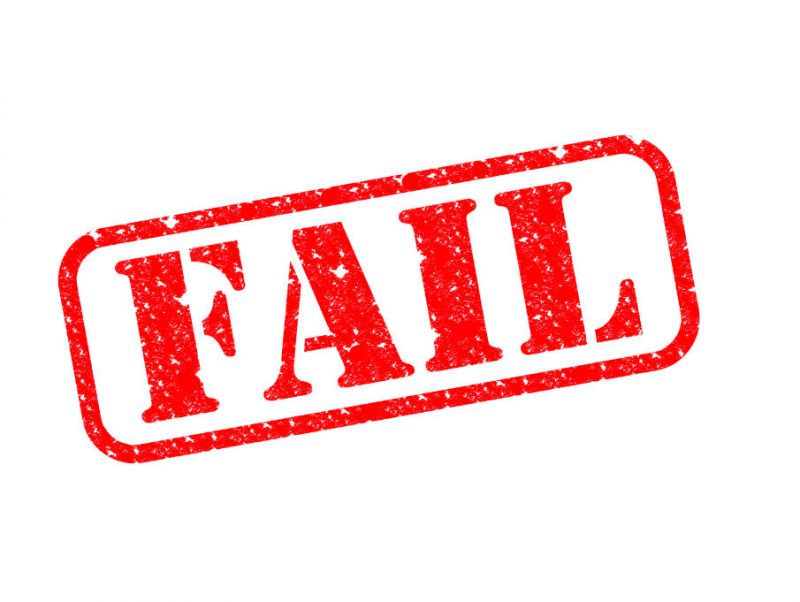 The government shutdown is awful. It’s awful in a lot of different ways—to kids with cancer, to firefighters, to domestic violence centers, to goats. Another way in which this awful manifests itself is through a parade of misinformation and bad memes about what’s going on during this impasse. Here are six of the dumbest myths you’ve probably heard about the government shutdown:

1. Obama closed the ocean.
On Saturday, Breitbart’s Mike Flynn posted a piece, titled “Feds Try to Close the Ocean Because of Shutdown”, that reads, “before the weekend, the National Park Service informed charter boat captains in Florida that the Florida Bay was ‘closed’ due to the shutdown.” A bunch of people started tweeting about how Obama had shut down the ocean, including this Republican congressman from Arizona:

Feds try to close the OCEAN because of the #shutdown. http://t.co/BS52fionvz

And on Monday, Fox News’ Megyn Kelly had the cast of Fox’s The Five on her new show to talk about what Miley Cyrus looks like when she twerks, but also about Obama closing the ocean.

Barack Obama did not close the ocean. Officials are indeed restricting access (fishing, for instance) to Florida Bay, a body of water that’s part of a national park. Florida Bay encompasses roughly a half million acres, but exceptions are being made for transit, access for emergencies, and access for the Florida Fish and Wildlife Conservation Commission to monitor the population of algae. “[I]t’s an exaggeration to state that Obama has tried to shut down the entire ocean—or even to suggest that he has shuttered the Atlantic Ocean or all of the waters in the Keys,” PolitiFact.com concludes. “Tourists and locals can continue to fish, swim and play in the ocean, even in the Keys.”

2. Obama is personally paying to keep a Muslim culture museum open.
During the weekend edition of Fox & Friends, cohost Anna Kooiman claimed that President Obama offered to pay “out of his own pocket” to keep the International Museum of Muslim Cultures open during the shutdown—while refusing to allow World War II veterans to visit their memorial in Washington, DC. Here’s the clip:

This would be outrageous and bizarre—if the claim weren’t based on a piece published on a satirical website. Kooiman later apologized on Twitter, and Fox is set to issue an on-air correction this Saturday.

3. Obama shut down the Amber Alert program.
Conservative bloggers were appalled this week to find that the federal government nixed Amber Alerts during the shutdown. Though the website was down briefly, the program itself was never shuttered. Also, the child abduction alert system is actually a state-based program, two alerts went out during the shutdown, and the website is now back up and running. So that’s that.

4. NASA won’t tell you about world-ending asteroids because #shutdown.

In the event of government shutdown, we will not be posting or responding from this account. We sincerely hope to resume tweets soon.

This one tweet kicked off a swirl of speculation and bad headlines about how NASA’s asteroid detection staff had been axed—even though the Asteroid Watch Twitter feed clarified that many observatories and astronomers would continue to monitor the skies. Ninety-seven percent of NASA staff was furloughed, and government social-media accounts took hits across the board. But there’s no reason to think that government officials wouldn’t be able to tell America that a Ben Affleck movie was becoming terrifying reality just because they aren’t currently allowed to do it on Twitter.

5. Priests are being threatened with arrest.
“In a stunning development, some military priests are facing arrest if they celebrate mass or practice their faith on military bases during the federal government shutdown,” the Daily Caller reported on Friday, with the provocative headline, “Priests threatened with arrest if they minister to military during shutdown.” Sen. Ted Cruz (R-Texas) tweeted the story, and House Majority Leader Eric Cantor responded:

The House will vote tomorrow morning to affirm the right of all military chaplains to conduct services during the shutdown.

The Caller story was picked up by various right-winger pundits and bloggers, including Fox News radio host Todd Starnes, who interpreted this as yet another one of Obama’s attacks on religious freedom. This all quickly morphed into the meme that Obama was threatening military chaplains and priests with jail time. This simply isn’t the case, and the Obama administration has yet to initiate any kind of crackdown on Catholic priests. On Saturday, the House passed a measure allowing military chaplains to lead Sunday mass without fear of penalty. The Senate has yet to take up the bill.

6. Shutdowns are “normal.”
On a recent episode of CNN’s Crossfire, cohost Newt Gingrich (who, as former speaker of the House, led Republicans during the last big shutdown) claimed that shutdown-related hysteria was overblown. “There is an amazing amount of hysteria and vitriol over what is a normal part of the constitutional process,” Gingrich said on September 30. “The government shut down 12 times under Democratic House speaker Tip O’Neill. It was only shut down twice while I was speaker.”

The stated number of shutdowns under O’Neill is misleading, given that they were very short and that nearly half of them weren’t technically government shutdowns. Of the seven genuine shutdowns of the O’Neill era, the longest lasted three days, and the cumulative duration of all seven was 13 days—half the combined length of Gingrich’s two shutdowns (26 days). Via PolitiFact:

In addition, three of those happened primarily on weekends, further minimizing their impact.

A one-day shutdown in October 1982, the Washington Post recently noted, stemmed from a particularly innocuous reason: Congress delayed a session because President Reagan had invited lawmakers to a White House barbecue, and Democrats were holding a $1,000-a-plate fundraising dinner. The funding question was resolved the next day.