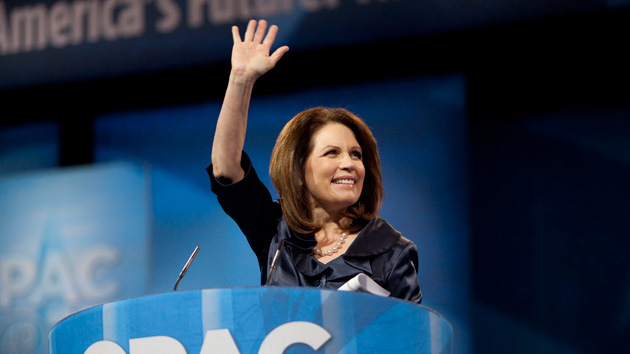 Rep. Michele Bachmann (R-Minn.) has quietly returned campaign contributions from an ex-con who lured investors for one of the biggest Ponzi schemes in US history—and on whose behalf the tea party lawmaker sought a presidential pardon. According to campaign finance reports, last quarter Bachmann’s campaign committee paid $14,000 to a bankruptcy trustee for Frank Vennes, a former North Dakota pawnshop owner who was recently sentenced to 15 years in prison for aiding and abetting fraud.

Vennes has a long history of run-ins with the law. In 1986, federal agents investigating a drug ring in Bismarck came to suspect he was laundering drug money. Posing as Chicago businessmen, investigators began giving Vennes large sums of cash to smuggle out of the country. In one case, according to court documents, Vennes hand-delivered $100,000 to Geneva, where his associates either lost or stole it.

The following year, Vennes was convicted of money laundering—along with cocaine distribution and illegal firearm sales—and sentenced to five years in Minnesota’s Sandstone penitentiary. He later sued the federal government for more than $10 million, claiming the federal agents had forced him to peddle drugs and guns to recoup the missing $100,000 and threatened to kill and “dismember” his children if he refused. (Vennes lost; the case was thrown out on appeal.)

Vennes had a jailhouse conversion and threw himself into studying scripture. After his release, he embedded himself in Minneapolis’s evangelical community, with the help of his prison ministry friends. He eventually began soliciting private funding for a firm called Petters Company Inc. (PCI), which ostensibly bought overstocked electronics and resold them to big-box retailers at a profit. And he invited local pastors, churchgoers, and religious charities to invest. Vennes also helped set up a family of hedge funds that funneled more than $1 billion dollars into PCI—which, it turns out, was a Ponzi scheme. It’s unclear whether Vennes knew this at the time, but the record shows he actively misled investors about PCI’s business dealings.

By 2005, when Bachmann rolled out her first congressional campaign, the scheme was teetering. Vennes, who had been seeking a retroactive pardon for his previous conviction, began pursuing one with new vigor. According to subsequent FBI wiretap recordings, Vennes knew he might face criminal charges, and was desperate to avoid the stiff sentencing that comes with being a repeat offender. As I reported in The New Republic, that’s where Bachmann came in:

In the run up to the 2006 election, Vennes and his associates began donating generously to Michele Bachmann, who was making her first run for Congress. He, his family, and his business associates—namely, lawyer Craig Howse, whose firm managed Vennes’s business affairs and lobbied for him in Minnesota, and financial adviser Darrel Amiot, who helped Vennes bring in investors—made two batches of coordinated campaign contributions totaling just under $50,000 to Bachmann and her joint fundraising committee. Vennes also gave $10,000 to the Republican Party of Minnesota.

After being elected to Congress, Bachmann began lobbying for Vennes’s pardon, an unusual step given that he lived outside her district:

In December 2007, Bachmann…wrote a letter to the Office of the Pardon Attorney (OPA), which two years earlier had recommended that the White House reject Vennes’s clemency petition. Noting that she was “confident of Mr. Vennes’ successful rehabilitation,” she argued that he needed the pardon because his criminal record was a stumbling block “in the area of finance loan documents,” which limited the growth of his business and his charitable giving. “Mr. Vennes is truly a unique man in that he is not asking for a pardon that he may achieve personal success,” she added. “Mr. Vennes is seeking a pardon so that he may be further used to help others. As I know from personal experience, Mr. Vennes has used his business position and success to fund hundreds of non-profit organizations dedicated to helping the neediest in our society.”

According to a former Bush administration official who was privy to the negotiations, around this time both Bachmann and [Tim] Pawlenty also began lobbying the White House on Vennes’s behalf (an allegation Pawlenty denies). This apparently helped set some gears in motion. In early June 2008, the White House asked the OPA to take a second look at Vennes’s application, after which it began vetting the case anew. On June 30, Vennes, his wife, and his lawyer dumped another $11,200 into Bachmann’s campaign coffers. According to the Bush administration official, Vennes’s pardon application was sent to the White House with a recommendation for approval, where it remained, presumably awaiting end-of-term signature by President Bush.

Vennes’s pardon never came through. In September 2008—just weeks before the 2008 presidential election—federal agents raided his home as part of a burgeoning investigation into the Petters Ponzi scheme, and the breathtaking details of the swindle began coming to light. At the time, the Petters fraud, which brought in more than $36 billion over the course of a decade, was the largest known Ponzi scheme in US history. Its collapse would turn out to be spectacular.

The fallout from the scam moved through the Twin Cities like a slow-motion tsunami. Businesses went bankrupt. Charities slashed staff and walked away from half-built offices…Countless people also lost their homes or watched their retirement savings dry up. The tight-knit evangelical circles in which Vennes moved were among the most devastated. “If only a few had gotten hit, the faith community could have stepped in to help them,” explains Carolyn Anderson, the attorney representing evangelical investors. “But everybody got hit. The safety net was ripped out.”

There’s no indication Bachmann knew about Vennes’s ongoing criminal activity. In October 2008, she sent OPA a second letter saying she “may have too hastily accepted his claims of redemption” and withdrew her support for his pardon. But she didn’t return Vennes’s donations—until now. Bachmann’s recent $14,000 payout covers roughly 80 percent of the contributions that Vennes and his wife made directly to her campaign, but not the $10,000 they gave to her joint fundraising committee or the thousands of dollars their family and business associates donated, according to campaign finance reports. The refunded money will be divided among Vennes’s victims, who are expected to recoup pennies on the dollar. Bachmann’s office did not return calls and emails seeking comment.

Below are Bachmann’s letters regarding Vennes’s case.