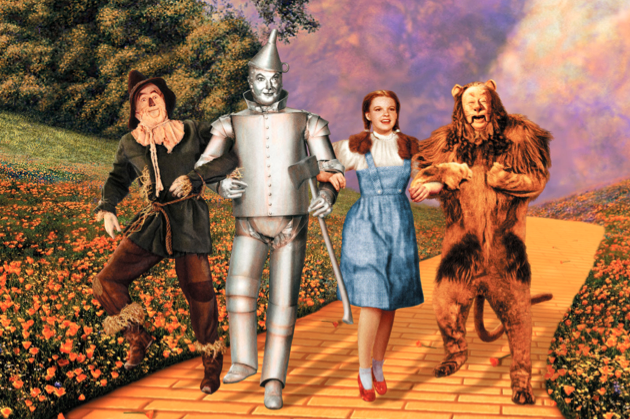 Obamacare is kind of like the Wizard of Oz, says a Texas congressman.

On Wednesday, Department of Health and Human Services secretary Kathleen Sebelius testified before the House energy and commerce committee regarding problems with the rollout of the Affordable Care Act. Here are the highlights, both factual and theatrical:

1. Sebelius says she’s responsible for healthcare.gov’s failures. At a similar congressional hearing last week on the failures of the federal exchange website, contractors that built the digital infrastructure blamed HHS leadership, but not Sebelius herself. “Hold me accountable,” she said Wednesday. “I’m responsible.” But Rep. Greg Harper (R-Miss.) pressed Sebelius to place blame squarely on President Barack Obama. “No sir, we are responsible,” Sebelius answered. Harper kept pushing. Sebelius finally retorted: “You clearly—whatever. Yes, he is the president. He is responsible for government programs.”

2. Why some Americans may be losing coverage: It’s complicated. GOP members on the committee emphasized the president’s long-standing promise that “If you have a plan you like, you can keep it,” and then argued that many Americans are now seeing their insurance plans canceled. But as Sebelius further explained, if you had a plan that you liked before the Affordable Care Act passed, you can keep it, because it was grandfathered in. If your insurance company changed the plan after the law went into effect, however, it is no longer exempted and has to comply with new protections offered under the Affordable Care Act, such as the prohibition against dropping a patient once he’s sick, or charging a woman more because she’s a woman. Plans that don’t comply must be canceled—but as Rep. John Sarbanes (D-Md.) pointed out, that’s a good thing, because such plans don’t provide adequate coverage anyway. “The notion that people are being turned way from an affordable plan the provides good quality care is preposterous,” he said.

3. Relatively few Americans’ insurance plans are actually being canceled. Ninety-five percent of Americans who have health insurance have a continuous plan like Medicare, Medicaid, or employer-based insurance, Sebelius explained. Five percent of Americans, or about 12 million people, buy insurance on the individual market. Some portion of those plans that are not grandfathered in and that don’t meet the law’s minimum benefits requirements will be canceled. Still, roughly half of the people whose plans are dropped earn a low enough income to be eligible for federal subsidies to buy cheaper insurance on the exchange.

“The system isn’t functioning, so we’re not getting that reliable data,” Sebelius told legislators, answering a question about why the administration will not release enrollment data.

Sebelius reiterated what Jeff Zients told reporters late last week: that fixing data files sent to insurance companies, known as “834” files, is at the top of the administration’s “punch list” for fixing the Web site.

5. The politics of Obamacare are kind of like The Wizard of Oz. No fewer than three committee members referenced the classic movie while questioning Sebelius, who is from Kansas. Here’s Rep. Joe Barton (R-Texas): “There is a famous movie called The Wizard of Oz and there is a great line. Dorothy at some point in the movie turns to her little dog Toto and says, ‘We’re not in Kansas anymore.’ While you’re from Kansas, we’re not in Kansas anymore. Some might say we are actually in The Wizard of Oz land given the parallel universes we appear to be habitating [sic]. Mr. Waxman and most of those on the Democrat side, think things are great!”

6. GOP opponents keep pushing misinformation. At a House energy and commerce committee hearing last week, Barton pointed to what he said was source code from healthcare.gov warning that the information consumers enter is not private. He did the same thing on Wednesday, citing this “evidence”:

But as Kevin Drum noted after Barton first pulled this trick: “The warning that Barton is objecting to isn’t even active code. The HTML tag in the pink oval means that everything which follows has been ‘commented out.’ The seven lines of code above don’t show up anywhere on the actual website and are never executed in any way. It’s just boilerplate that was taken from somewhere else, and then edited.”

7. Rep. Cory Gardner (R-Colo.) objects to Colorado’s Brosurance ad. “Do you approve of this kind of advertising?” he demanded of Sebelius. The secretary said it was not her job to approve Colorado’s ads. 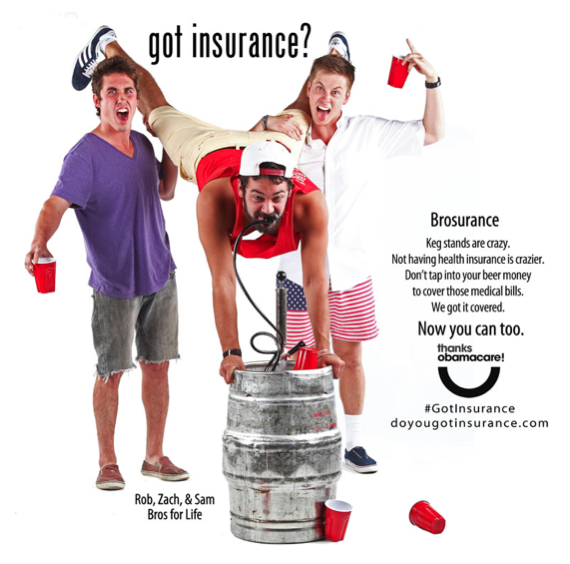 8. Republicans want Sebelius to get her health insurance on the federal exchange. Gardner and Rep. Billy Long (R-Mo.) seemed pretty mad that Sebelius doesn’t have to personally use the problematic healthcare.gov website to buy her coverage. She said she’s ineligible (which isn’t quite true). “If it’s not illegal, will you go in?” Long blurted. “Come on in, the water’s fine!”

The exchange prompted Rep. Henry Waxman (D-Calif.), the ranking Democrat on the committee, to ask the secretary, “If you could go to the exchange, would you be able to find a plan that protects you from cheap shots?”