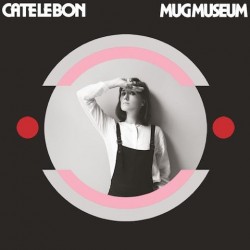 Languid Welsh chanteuse Cate Le Bon (no relation to Duran Duran’s Simon) practices an eerie kind of pop magic, effortlessly mixing intimacy and unease with the entrancing grace of early, Nico-era Velvet Underground. From the spooky shuffle “Are You with Me Now” to a duet with Perfume Genius on the gorgeous ballad “I Think I Knew,” the low-tech garage-folk of this hypnotic successor to 2012’s habit-forming Cyrk often seems on the verge of collapse, but Le Bon’s elegant melancholy holds everything together, barely. Occasional bursts of energy—the careening “Sisters,” or the unholy shriek that caps “Duke”—only underscore her otherworldly charisma. Play Mug Museum at your next séance and see what happens.