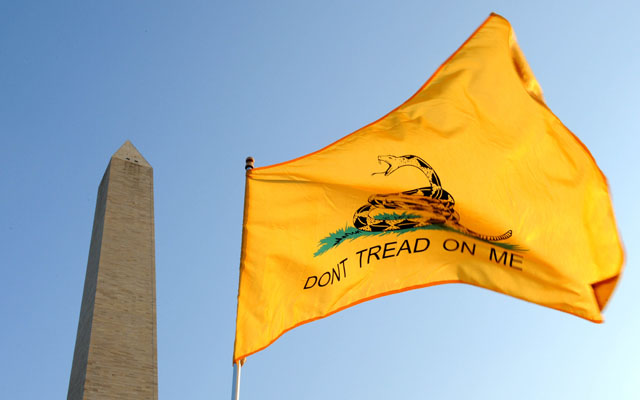 On Friday, May 10, a top official with the Internal Revenue Service dropped a bombshell. IRS staffers had singled out conservative organizations with “tea party” or “patriots” in their name that were seeking tax-exempt nonprofit status, subjecting them to extra scrutiny to see if they were abusing the tax law as it relates to political activity. They grilled these conservative groups about their members, their donors, their public statements, and who they employed. And there is no evidence yet that the IRS systemically treated non-conservative groups with the same level of attention.

Speaking to a group of tax lawyers, the IRS official, Lois Lerner, who oversees the agency’s exempt organizations division, publicly apologized for the IRS’s actions. Ever since, Democratic and Republican politicians have been falling over themselves to condemn the IRS. President Obama said that, if the allegations are true, “there’s no place” for such behavior. Members of Congress have pledged to investigate any potential wrongdoing and grill the agency’s leaders. “Heads need to roll” if the IRS unfairly targeted tea partiers and other conservatives, said Rep. Adam Schiff (D-Calif.).

Here’s a primer on what you need to know about the IRS scandal.

How did this get started? It began back in March 2010, when the tea party movement was all the rage. According to a leaked timeline (PDF) from a draft report by the Treasury inspector general for tax administration, IRS staffers began flagging applications from groups with politically themed names like “We the People” and “Take Back the Country.” Staffers also targeted groups whose names included the words “tea party” and “patriots.” Those flagged applications were then sent to specialists for a more rigorous review than is typical.

The IRS gave extra scrutiny to 298 groups applying for tax-exempt status, the Washington Post reported. Seventy-two of those groups had “tea party” in their title, 13 had “patriots,” and 11 had “9/12,” shorthand for the 9/12 movement started by conservative TV host Glenn Beck.

But IRS officials not only singled out tea party and liberty groups. They also looked for “political action type organizations involved in limiting/expanding government, educating on the Constitution and Bill of Rights, social economic reform/movement,” according to the leaked timeline. This included groups that planned to focus on government debt and spending, taxes, or those trying to “make America a better place to live.” In June 2011, Lerner reportedly became aware of what was going on and directed staffers to change to how they vetted nonprofit applications.

By the spring of 2012, so many conservative groups had complained about the IRS harassing them that Republicans in Congress took notice. Rep. Charles Boustany (R-La.) sent the IRS a letter asking why it was targeting tea partiers, and Rep. Darrell Issa (R-Calif.) held a hearing in which he grilled then-IRS Commissioner Douglas Shulman, a George W. Bush appointee, over the agency’s treatment of conservative groups. Shulman denied that his agency was targeting conservatives, and the controversy remained quiet until Lerner’s apology.

What did tea partiers mean when they said they were being “harassed?” The Waco Tea Party was one such group targeted by the IRS. The agency asked for information about the group’s members, donors, and any “close relationship” with candidates for elected office. The IRS also requested transcripts of radio interviews done by Waco Tea Party staffers and print copies of news clips mentioning the group. Conservatives who received these special requests complained that the IRS’s requests were unwieldy and impossible to fulfill, and a veiled attempt to intimidate them during the run-up to the 2012 elections.

Here is a sampling of some of the detailed questions the IRS posed to various conservative groups, which go above and beyond what is usually asked of groups applying for tax-exempt status, tax experts say:

How has the IRS responded? Lerner, in her public apology, said political bias was not the reason the IRS singled out conservative groups. Instead, she explained, staffers in the agency’s Cincinnati office were trying to manage the deluge of applications for tax-exempt status under the 501(c)(4) section of the tax law. Between 2010 and 2012, Lerner said, the number of 501(c)(4) applications leapt from 1,500 to more than 3,400.

But in dealing with all those applications, IRS staffers started looking for groups whose name included certain catchwords prevalent in conservative activism—a practice Lerner condemned. “That was absolutely incorrect, insensitive, and inappropriate,” she said. “That’s not how we go about selecting cases for further review.”

Did the IRS deliberately target liberal-sounding groups, too? Not that we know of at this point. On a conference call with reporters the day of her apology, Lerner was asked whether the IRS had similarly targeted groups with liberal-sounding or even non-conservative-sounding names. Lerner provided no such examples, adding, “I don’t have any information on that.”

That said, the IRS hasn’t shied away from punishing liberal groups that flout the law. Last year, the IRS revoked the tax-exempt status of Emerge America, a San Francisco-based group that trains female Democratic candidates. Emerge was too political and too focused on benefiting the Democratic Party, the IRS ruled, to qualify for 501(c)(4) status.

So this is President Obama’s fault, right? There is no evidence of White House involvement. On Monday, Obama said he’d first heard about the scandal from news stories on the day Lerner apologized. He went on to say:

If, in fact, IRS personnel engaged in the kind of practices that have been reported on and were intentionally targeting conservative groups, then that is outrageous, and there is no place for it, and they have to be held fully accountable, because the IRS as an independent agency requires absolute integrity and people have to have confidence that they are applying the laws in a nonpartisan way. You should feel that way regardless of party.

So whose fault is it? Lerner pointed the finger at low-level, “frontline” staffers in the IRS’s Cincinnati office, where staffers reviewed 501(c)(4) nonprofit applications. High-ranking IRS officials, Lerner said, were unaware of the practice.

But as described earlier, the Treasury inspector general’s draft report (PDF) contradicts Lerner’s claim to ignorance. The report says staffers informed Lerner of the “tea party” and “patriots” criteria as early as June 2011 and that Lerner told them to change that practice. And the Washington Post reported that IRS staffers in Washington and California took part in singling out conservative groups.

Expect members of Congress to grill Lerner and other IRS higher-ups over what they knew and when they knew it.

Does this mess have any connection to all that “dark money” you guys write about? Yes. Before this scandal broke, 501(c)(4) nonprofit groups were already making headlines for their political spending. Secretive nonprofits like Karl Rove’s Crossroads GPS, the Koch-funded Americans for Prosperity, and the American Action Network spent huge sums of money to influence the 2012 elections. Campaign watchdogs say those groups have flouted the law, which says 501(c)(4) groups can’t make politics their “primary purpose.” Watchdogs have demanded that the IRS and the Federal Election Commission crack down on these nonprofits for spending too much time and money on politics.

The IRS’s tea party scandal, however, could hinder the agency’s willingness to ensure politically active nonprofits obey the law. The IRS will likely operate on this front with even more caution, taking pains not to appear biased or too aggressive. That in turn could cause the agency to shy away from uncovering 501(c)(4) organizations that do in fact abuse their tax-exempt status by focusing primarily on politics.

On the day Lerner offered her apology, Rick Hasen, a law professor at the University of California­-Irvine, asked: “How will this affect legitimate efforts to get IRS deny c4 status to secret election groups?” Marc Elias, a respected election lawyer who represents Democrats, replied: “Not much of a question—it will hurt it, a lot.”

What happens next? Members of Congress from both parties, liberal and conservative activists, and campaign watchdogs have all called for investigations and official hearings on the IRS’s actions. Fred Wertheimer, a longtime advocate for tougher campaign finance laws, says the IRS was “dead wrong” to target conservative groups. House Majority Leader Eric Cantor echoed that sentiment: “The #IRS cannot target or intimidate any individual or organization based on their political beliefs.” Sen. Carl Levin (D-Mich.) said the Senate permanent subcommittee on investigations, which he chairs, would expand its investigation into nonprofits and political spending to include the IRS tea party controversy.

On Monday afternoon, Cantor announced that the House ways and means committee would hold the first hearing on the IRS scandal on Friday, one week after Lerner’s initial apology. More hearings are sure to follow in the House and Senate.