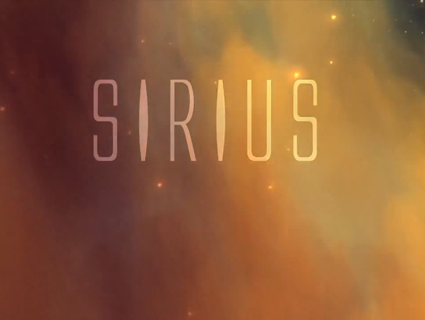 “To be fair, there were a couple of scientists you say were killed under mysterious circumstances in the movie,” I told the congressional candidate. “I’m sorry, I don’t necessarily remember all of their names.” It was the strangest thing I’ve said during an interview. But when you write an article about an alien conspiracy documentary directed by a wannabe congressman, it leads to unusual conversation.

On Thursday, Mother Jones reported that Amardeep Kaleka, a Democrat running in the primary to challenge Rep. Paul Ryan (R-Wis.), had directed, edited, and provided the “story idea” for Sirius, a documentary that contends that aliens have visited Earth and that vague corporate and governmental powers suppress alternative energy technologies, while scientists who dare to challenge the status quo die under mysterious circumstances. The film is based on a book written by Steven Greer, a former doctor and current amateur ufologist.

I spoke with Kaleka for about 45 minutes Friday afternoon. Kaleka, who had been traveling and was unable to be reached for the original article, was not thrilled with the piece. “You guys got caught up in a spin,” Kaleka said. “What Paul Ryan is doing, what [Rob] Zerban [the other Democrat running in the primary] is doing is they’re slamming that out to resurface an image of who I am and what I am. That’s incredibly weird considering there’s a lot of things—there are so many military scientists and military witnesses in the film if you watch the film, that you would probably have to mention that in your journal.”

Kaleka defended the quality of his film, arguing that it raised important questions, but distanced himself from the project whenever I asked him about its controversial claims. Sirius opens with the logo of the production company Kaleka co-founded, and he’s credited as editor, director, and coming up with the “story idea.” He even appears in the film at one point, billed as a UFO “witness.” But when we spoke, he said the documentary doesn’t reflect his own personal views. “Think about the director from Breaking Bad for a second,” Kaleka said. “Does that mean, because he took the contract, and he cooks meth, a former teacher who sells it and kills people, does that mean he condones it? Or does that mean that he himself is party to that? Or is he just doing his contract like a filmmaker does?”

He continued: “I’m a director. [If] I made Pretty Woman, I don’t have to side with the fact that I’m pro-prostitute.” He also compared his role of documentarian to the filmmakers behind The Blair Witch Project and Paranormal Activity.

Kaleka’s also objected to being characterized as a 9/11 truther. About midway through Sirius, Kaleka’s narrator calls the 9/11 attacks a “false flag” intended to dupe the public and feed the military-industrial complex. During our conversation, Kaleka rejected the truther label. But he still questions the official accounts of the attacks. In the film, he said, “we use [9/11] as an example of something not going right, and then we don’t know who’s behind or what’s behind. It could be a major tragedy that nobody could control or knows what’s happened. That’s where I would side.”