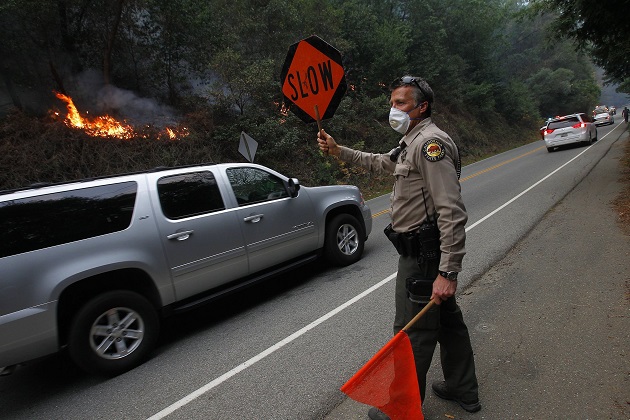 The fire currently burning in Pfeiffer Big Sur State Park, California, isn’t particularly large: As of the latest Forest Service report, it has burned 769 acres and is 20 percent contained.

Nor is it particularly damaging: So far, 22 buildings or structures have been destroyed by the fire. (One was the fire chief’s home.) Compare that with the 2003 Cedar Fire in San Diego county, which destroyed 2,820 structures.

However, it is markedly unseasonal: The California wildfire season was pronounced over on October 31, 2013. But of course, it isn’t over.

In general, western wildfire seasons are getting longer. Thomas Tidwell, chief of the US Forest Service, said so directly in recent congressional testimony, noting that “the length of the fire season has increased by over two months since the 1970s.”

And of course, it doesn’t help that the Big Sur area is currently experiencing drought conditions.

It is also worth pointing out that for the state of California, seven of its 10 largest fires have occurred since the year 2000, including this year’s Rim Fire, the third largest in state history.

Here’s a helpful infographic from the Union of Concerned Scientists, showing just how much fire seasons are lengthening: 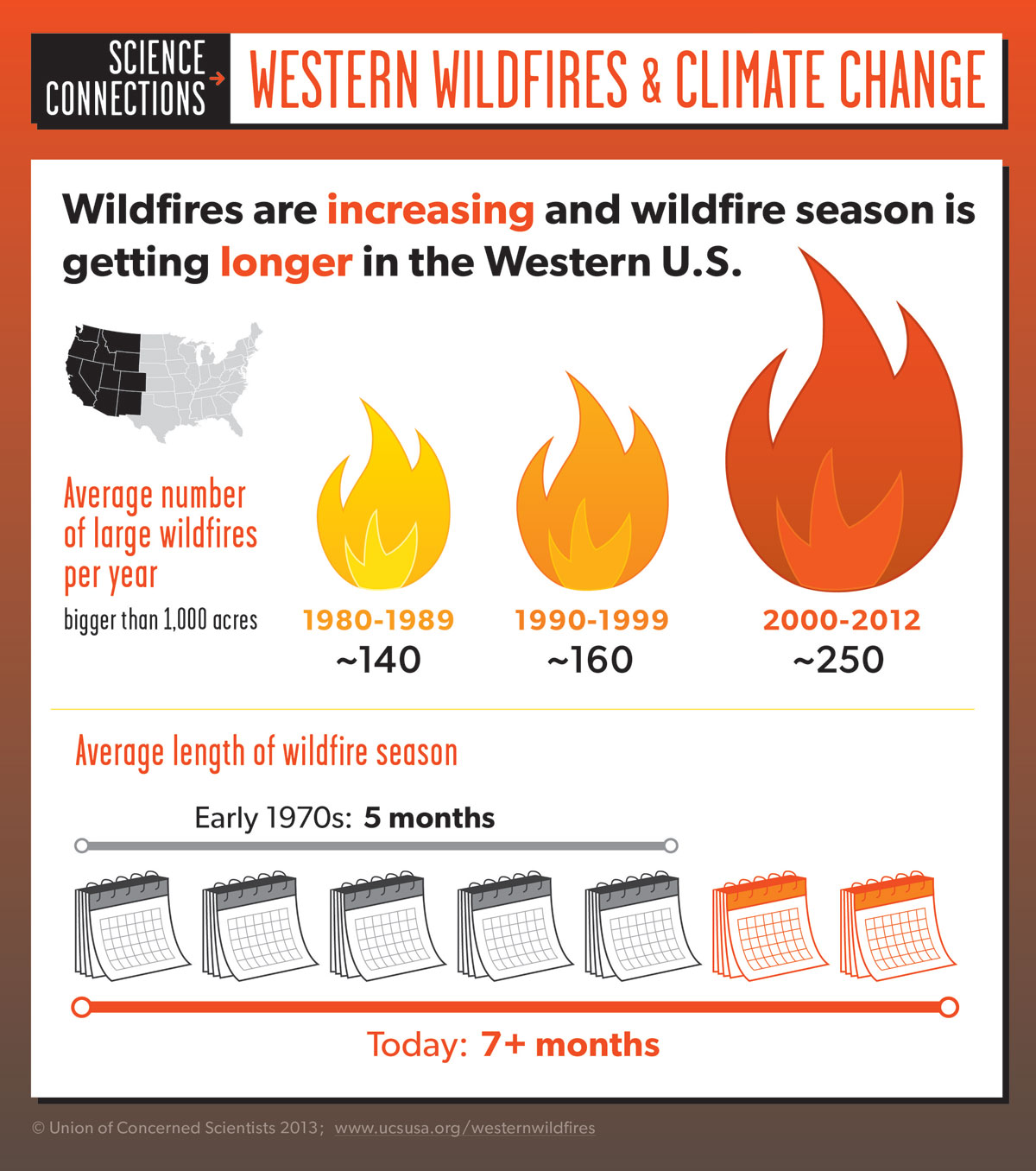 And here’s a Climate Desk video on how global warming is making wildfires worse: