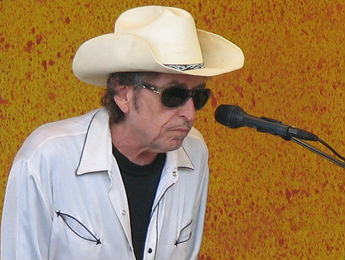 In case you haven’t heard, France is going after Bob Dylan.

French authorities have filed preliminary charges of “public insult and inciting hate” against the legendary singer-songwriter. Dylan was reportedly questioned and charged in November; the charge stems from a complaint filed by the Council of Croats in France (CRICCF), which flagged comments made by Dylan in a Rolling Stone interview published in September 2012.

The comments (which were also carried in the French edition of the magazine) were in response to the question, “Do you see any parallels between the 1860s and present-day America?” (Emphasis mine.)

[T]he United States burned and destroyed itself for the sake of slavery. The USA wouldn’t give it up. It had to be grinded out. The whole system had to be ripped out with force. A lot of killing. What, like, 500,000 people? A lot of destruction to end slavery. And that’s what it really was all about.

This country is just too fucked up about color. It’s a distraction. People at each other’s throats just because they are of a different color. It’s the height of insanity, and it will hold any nation back—or any neighborhood back… Blacks know that some whites didn’t want to give up slavery—that if they had their way, they would still be under the yoke, and they can’t pretend they don’t know that. If you got a slave master or Klan in your blood, blacks can sense that. That stuff lingers to this day. Just like Jews can sense Nazi blood and the Serbs can sense Croatian blood.

Dylan was referring to the slaughter and persecution of Serbs at the hands of Croatian fascists during World War II. “We have nothing against Rolling Stone magazine or Bob Dylan as a singer,” Vlatko Maric, the organization’s secretary general, said. “[But] you cannot equate Croatian [war] criminals with all Croats.”

CRICCF members allege that the “Croatian blood” comment violates France’s strict racial hatred and hate speech laws. Under French law, such complaints automatically trigger formal investigations. If found guilty, Dylan could face probation and a fine, even though he is not a French citizen. It is unclear if he will appear in court.

So, yeah, this is dumb, and it highlights the problems with Europe’s hate speech laws. But the epic irony here lies in what Dylan was doing in France when he was questioned and charged. He was in Paris to play some concerts—and to accept the Legion of Honour, the country’s highest civil and military decoration. (Other non-French recipients include American WWII veterans.) Earlier this year, Dylan’s honor was temporarily blocked after the Grand Chancellor of the Legion objected to the artist’s anti-war sentiments and recreational drug use. But things went ahead anyway.

“A journalist who attended the ceremony said Dylan, 72, had looked distinctly uncomfortable,” the BBC reported.

During the ceremony, culture minister Aurélie Filippetti praised Dylan’s ability to inspire young people with his words and music, and pointed out his influence on the May 1968 Paris student protests. “More than anyone, in the eyes of France, you demonstrate the subversive power of culture that can change people and the world,” Filippetti said.