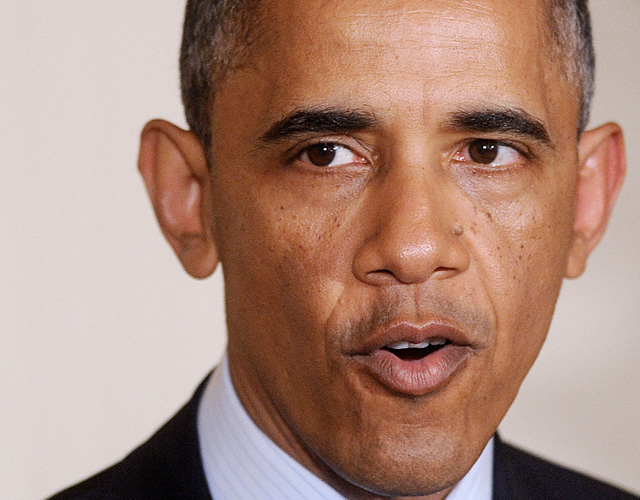 Last week, the Internal Revenue Service, led by an appointee of President Obama’s, and the Treasury Department sent shock waves throughout the political world by unveiling a new set of proposed regulations intended to clamp down on secretly funded nonprofits known as 501(c)(4) groups. Big-name 501(c)(4)s include Karl Rove’s Crossroads GPS, the League of Conservation Voters, Grover Norquist’s Americans for Tax Reform, and the pro-Obama Priorities USA. In the 2012 election season, 501(c)(4) groups spent $310 million, up from $5 million in 2006, according to the Center for Responsive Politics.

The government’s new proposals are an attempt at stemming that tide of secret spending. In some corners, the proposals were hailed a smart first step; in others, a dangerous intrusion on taxpayers’ free-speech rights. But on closer examination, tax lawyers and election experts say, the Obama administration’s proposals won’t plug the spigot of dark money pouring into US elections. Here are four reasons why.

1. The government still won’t say how much politicking is too much.
According to the tax code, nonprofits like Norquist’s and Rove’s can devote some time and money to politics, but it can’t be their “primary purpose.” Beltway lawyers often interpret that to mean political nonprofits can spend as much as 49 percent of their money on politics, so long as the other 51 percent of their activities—a majority, however slim—focuses on nonpolitical issues.

Questions about how much politicking is too much—is 51 percent/49 percent the right balance? Or is it 60/40? 50.1/49.9?—rage at the center of the debate over whether 501(c)(4) groups do too much to influence elections. For years, tax experts and outside activists have argued for “bright lines” in this area—that is, a clearly marked line in the sand showing how much political work is allowed and getting rid of the legal guesswork.

But the Obama administration’s proposals, as they stand now, do not resolve this quandary. The proposals break new ground by classifying certain activities—voter registration drives, get-out-the-vote efforts, even voter guides—as political activity, but they don’t say how much is too much. “There’s nothing bright about them in terms of line-drawing,” says Marcus Owens, a Washington tax lawyer who ran the IRS’s tax-exempt division for 10 years. “It’s a morass.”

2. The regulations don’t touch other types of politically active nonprofits.
The proposed regulations so far apply only to 501(c)(4) nonprofits, leaving untouched other tax-exempt groups, including 501(c)(3) charities, 501(c)(5) labor unions, and 501(c)(6) trade associations. As the scrutiny of 501(c)(4)s heightens, donors and political operatives could use other types of nonprofits instead to move dark money around and influence elections. “If 501(c)(4)s become an inconvenient vehicle, I have no doubt that funders will find a different vessel and 501(c)(6)s and LLCs would be likely suspects,” Kenneth Gross, a former attorney at the Federal Election Commission, told Politico.

In fact, this shift is already underway. In 2012, billionaires Charles and David Koch and their extensive donor network funneled $250 million through an obscure 501(c)(6) trade association called Freedom Partners. (Politico called it “the Koch brothers’ secret bank.”) Using a trade association goes a long way toward preserving the anonymity of the Koch network’s supporters, as Kevin Gentry, a top Koch aide, wrote in a September email obtained by the Huffington Post. “As always, the confidentiality of members is a major priority for us,” Gentry wrote. “So just to be clear—filing these tax documents in no way publically [sic] discloses the names or other details of donors.”

3. The proposals do nothing to fix the IRS’s enforcement problem.
All the new regulations in the world won’t matter if the IRS is unable to enforce the laws on the books. And that’s a real problem for the agency these days.

Congress’ federal spending cuts have forced the IRS to pare back in recent years. As the agency’s workload has increased, the division that oversees tax-exempt nonprofits has shed jobs, from 910 in 2009 to 867 people in 2012. In addition to job cuts, tax lawyers say the IRS has been reluctant to crack down on groups that appear to be abusing the tax code by spending way too much money on politics or overly favoring one political party. The IRS is fearful of appearing overly partisan, tax lawyers say, and the scandal ignited by the agency’s singling out of “tea party” and “patriot” groups for extra scrutiny has made the IRS more gun-shy.

“Up to this point, the IRS enforcement has been relatively minimal,” says Lloyd Mayer, a professor at the University of Notre Dame Law School. “Even if you’re concerned about so-called dark money and political spending, and if you think [the proposed regulations] are a step toward resolving that, it only works if the IRS has the determination to enforce them, which we haven’t seen yet.”

4. The new proposals could take years to finalize—if they ever get finalized.
In the 1980s, the IRS and Treasury proposed limits on how much grassroots lobbying 501(c)(3) charities could do. The reaction to those proposals was so fierce that the government waited more than two years before revising and finalizing them. With an equally contentious debate expected for the new 501(c)(4) proposals, it’s possible the Obama administration could delay finalizing these new rules, too.

It’s unlikely the agency will release final regulations before the 2014 midterm elections, a Treasury Department official told Politico last week. Indeed, if history’s any guide, Election Day 2016 may be an ambitious target. There’s also the possibility, Mayer says, that the IRS and Treasury never issue final regulations at all.

In other words, dark money isn’t going anywhere in the near future. “This is just the opening pitch,” says Ellen Aprill, a professor at Loyola Law School, “in a very long game.”