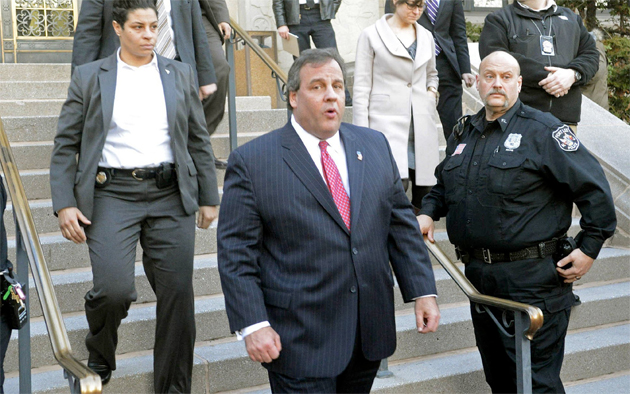 The massive, four-day September traffic jam orchestrated by New Jersey Gov. Chris Christie’s deputy chief of staff as an act of political retribution caused police in Fort Lee, New Jersey to spend their time directing traffic instead of responding to local emergencies, according to an email released on Friday by state investigators probing the scandal.

On September 9, the first day of the traffic problems, Robert Durando, the Port Authority’s general manager of the George Washington Bridge, wrote to Cedrick Fulton, the Port Authority’s director of tunnels, bridges and terminals: “Traffic conditions required Ft Lee police to remain out on corners, managing traffic instead of attending to public safety issues.”

The email is more evidence of the public safety consequences of September’s traffic jams. On Wednesday, a Fort Lee borough councilman told Mother Jones that the traffic slowed the police search for a missing 4-year-old child. NorthJersey.com reported that the traffic doubled EMS response times in two emergencies on September 9. In a third instance, emergency responders “took nearly an hour to arrive at a building where a person was experiencing chest pains.”

Members of Christie’s inner circle appear to have considered the potential public safety ramifications of the traffic jam while it was ongoing. In one exchange released on Wednesday, Port Authority official David Wildstein, a Christie appointee, waved away complaints from the Fort Lee mayor that school buses filled with children were stuck in traffic. “Bottom line is he didn’t say safety,” Wildstein wrote.

Durando’s message was part of an email thread, “Angry Patron,” describing locals’ reactions to the traffic problems. In a separate email, Lisa Herrera, an employee of the Port Authority tunnels, bridges and terminals division, said she received a complaint from a woman whose husband arrived 40 minutes late for his first day of work at a job he landed after being unemployed for a year. The women accused the Port Authority of “playing God with people’s jobs,” Herrera wrote.

A New Jersey legislative panel investigating the bridge scandal released these emails Friday as part of a collection of hundreds of private emails and text messages related to September’s lane closures. Read those documents here.