UPDATE 4:35pm EST: Scott Harrison gave us the nod to publish his terrific photo of throwing boiling water into minus 14 degree air in the early hours of Monday morning, in Wicker Park, Chicago. If you have polar vortex photos you want to share with us, send us a note on Twitter: @MotherJones. 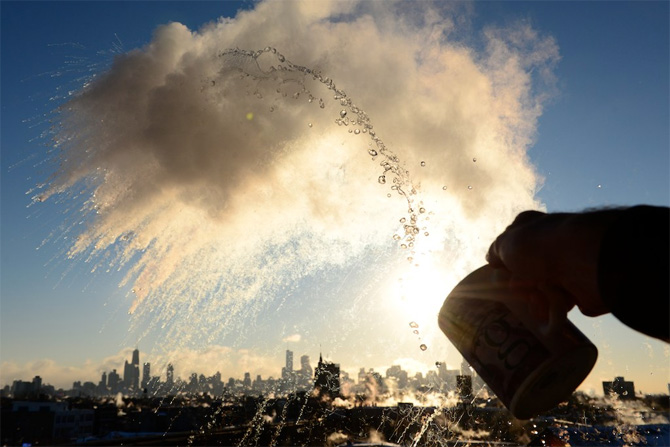 The polar vortex sweeping across the country has pulled 187 million Americans into the grips of crazy cold weather, snarled travel, forced an early orange harvest, and heated up the climate debate. It is also producing some amazing photography, from professionals and amateurs alike. Here are a few that have come to our attention in the last two days. 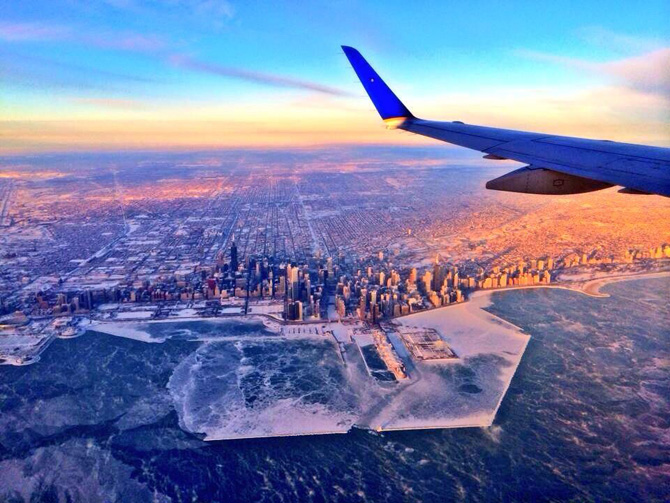 This picture was taken by pilot Hank Cain, over a frozen Chicago, and first tweeted by his friend Shawn Reynolds from the Weather Channel. Chicago reported a low of minus 16 degrees on Monday. 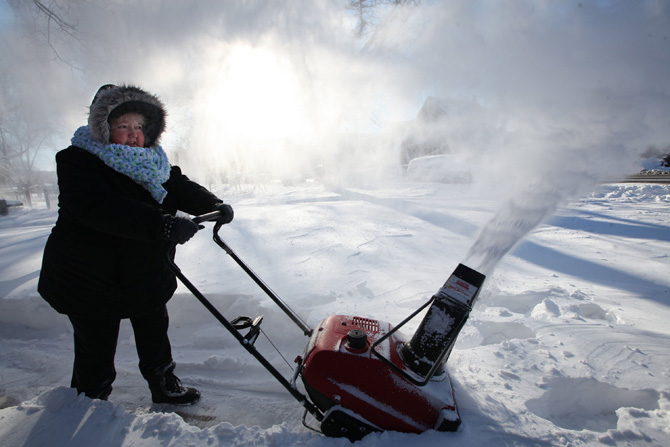 Teresa Wooldridge has her work cut out for her, pictured here trying to clear a path on the Northwest Side of Chicago. 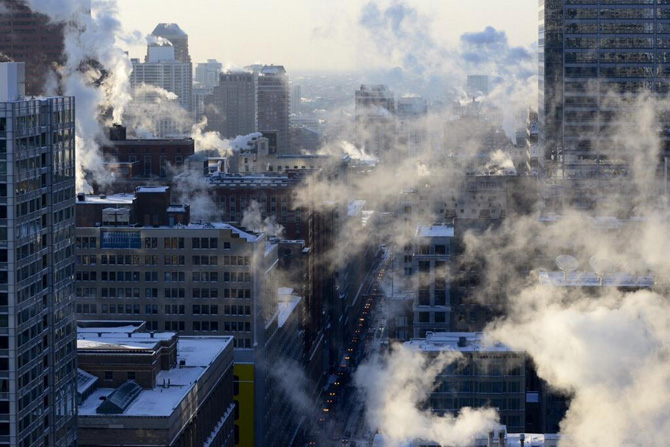 The office of the Chicago Mayor tweeted this image of steaming rooftops yesterday morning. Four people reportedly died while shoveling snow in the city across the weekend. 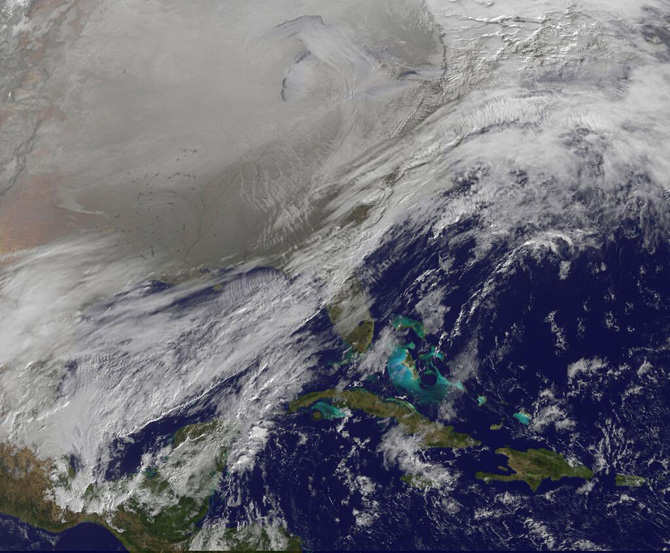 NASA’s Goddard Space Flight Center tweeted this picture showing the extent of the weather event—”a whirling and persistent large area of low pressure”—over the US. The image was captured by satellite Monday morning. 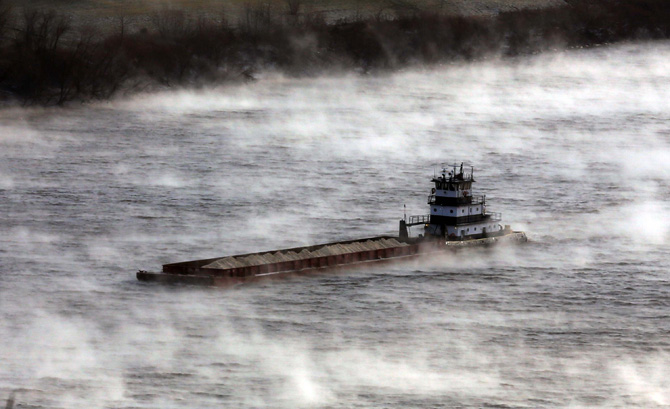 Warmer temperatures in the Ohio River than the surrounding air created this eerie mist outside downtown Cincinnati on Monday. According to the National Weather Service, the city tied its record-low temperature for that date, at minus 7, set in 1924. Desperate times call for desperate measures: maintenance crews are treating roads with beet juice, apparently, because it can help melt ice at temperatures as low as minus 25; it’s also said to be better for the environment than regular deicers. Factoid of the day! 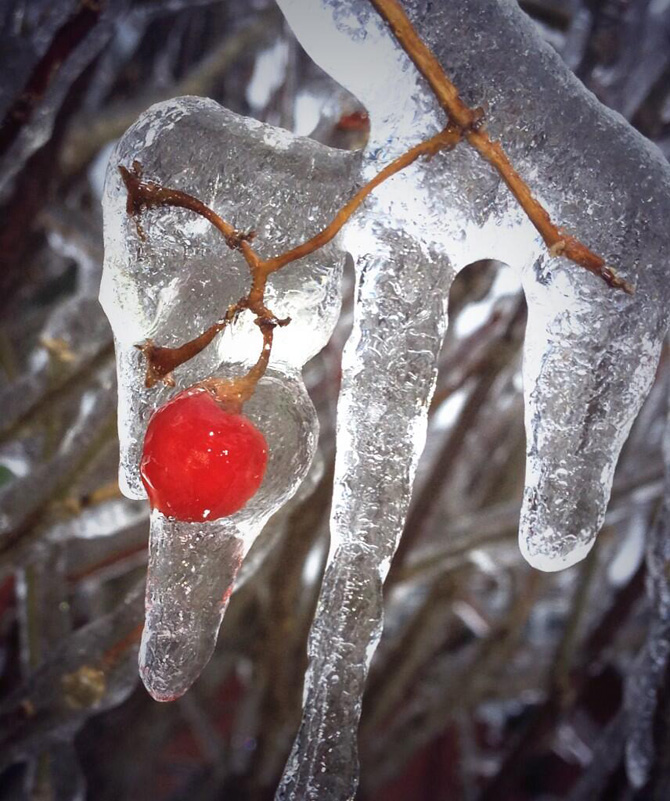 “I’d rather have my frozen berries in my smoothie, then on my front lawn,” is the caption to this photo taken by Teri Matthewson, from Toronto, of the fruit tree in her front lawn. In Canada, the vortex has earned the nickname “polar pig” in some quarters, for its shape on the metrological map.

And the Chicago Tribune is reporting that 500 passengers were stranded on two trains last night west of the city because of the snow and ice.

Separately, Van Jones, co-host of CNN’s Crossfire, this morning tweeted this pic of what he says is inside an Amtrak train:

How cold did it get *inside* an AMTRAK train? Yeah, THIS cold. #PolarVortex #ClimateDisruption? pic.twitter.com/AUMNseeRPy