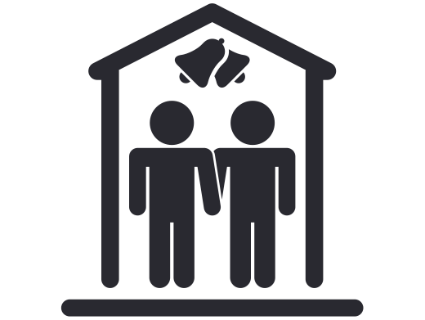 Indiana already passed legislation banning same-sex marriage years ago, but now, just to be sure, state Republicans are frantically scrambling to do it again. On Wednesday, a House committee on elections approved a measure to put a referendum on banning marriage equality on the November ballot. But there’s a catch: it took two tries.

Much of the testimony was a repeat of that given during a previous three-hour hearing on Jan. 13 before the House Judiciary Committee. The amendment stalled in that committee because there apparently were not enough votes to move the amendments to the full House.

That prompted House Speaker Brian Bosma to take the unusual and controversial step of reassigning the amendment and a companion bill to the elections committee, saying he was responding to the wishes of a majority of the GOP caucus.

In other words, Indiana’s Republican leaders are so dead set on banning gay marriage they upended the traditional process for putting initiatives on the ballot. But the real news is that they needed a workaround at all. Marriage equality, even in Indiana, is a popular enough position in 2014—and guaranteed to be increasingly more popular going forward—that even some staunch Republican legislators were wary of casting the crucial vote to slow its progress. With even places like Utah beginning to soften their attitudes on gay rights, though, the effort in Indianapolis looks less like the decisive victory its proponents are gunning for and more like an ever-so-temporary stop-gap solution.