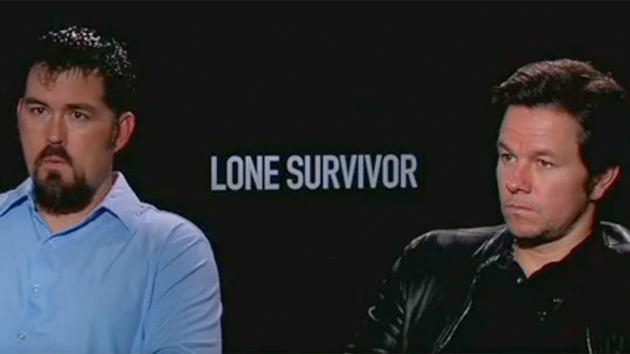 Journalist Jake Tapper has taken some heat for an interview that aired on CNN on Friday. The segment focused on the new war film Lone Survivor, and Tapper, who was interviewing actor Mark Wahlberg and former Navy SEAL Marcus Luttrell (the real-life lone survivor who cowrote the movie’s source material), raised serious questions about the planning and command-level decisions that led to the failed mission in Afghanistan depicted in the movie. At one point, when Tapper asked about the “senseless” deaths of American military personnel during the 2005 operation, Luttrell got mad at Tapper and accused him of implying that his brothers-in-arms “died for nothing.” 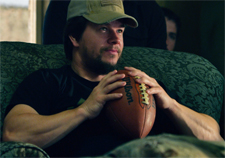 Subsequently, Tapper, who is well-known for his support for US service members, met with the expected conservative outrage. Fox News personality Megyn Kelly hosted a segment that ran with the chyron, “some in media suggesting Navy SEALs in ‘Lone Survivor’ died for nothing.” The right-wing crusade to portray MSMers as liberal Blame-America Firsters who don’t appreciate or back the US military is nothing new. But perhaps one reason Tapper’s interview with Luttrell was so tense is that Luttrell has an intense distrust of the media and seems to view them, as is common in certain quarters, as the liberal media.

In his book Lone Survivor, Luttrell describes his team’s difficult decision regarding what to do about unarmed Afghan goat herders who came upon his band of SEALs while they were hiding in the woods and waiting for the right moment to capture or kill a local extremist leader. Luttrell and his comrades debated whether they should kill the Afghans to protect their mission or let them go, realizing that if they released them, the herders would rush to tell the enemy about the SEALs. Slight spoiler alert: Luttrell and the others decide to allow the Afghans to return to their village. But in his book, Luttrell notes that if they had killed these noncombatants, chances were good that he and the others would be crucified by a hostile “liberal media” back home.

This is not his only dig at the “liberal media.” If you search his book for the word “liberal,” you’ll find some harsh critiques of the press and critics of the wars in Iraq and Afghanistan. (Luttrell’s political views were flagged in this NewsBusters post on Monday.)

Here are some quotes from the memoir:

Luttrell also writes that he is “not a political person,” and that “as a Navy SEAL, I am sworn to defend my country and carry out the wishes of my commander in chief…Republican or Democrat.”

Luttrell’s story, not his political opinions, drive the film, which is a gripping and brutal portrait of modern warfare, depicting American, and Afghan, courage. But that hasn’t stopped others from attempting to exploit the high-grossing movie to advance so-called conservative values and bash liberals. See “Liberal blogs try to diminish the success of ‘Lone Survivor’ by calling it war propaganda,” or “5 Reasons the Left Is Hating on Lone Survivor,” or “Jake Tapper finds out the hard way not to insult ‘Lone Survivor’ Marcus Luttrell.” But the film is enjoying bipartisan support; former Democratic congressman and Iraq War vet Patrick Murphy introduced and praised it at a special screening in Washington. And, after all, the movie, though based on the work of a conservative author and decorated warrior, was directed by Peter Berg, a Republican-bashing filmmaker who thinks President Barack Obama is an awesome “warrior in chief.”