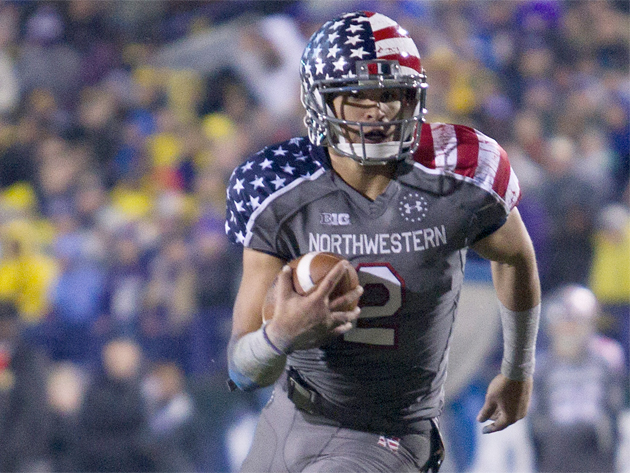 If certified, the union would be known as the College Athletes Players Association. CAPA’s initial goals don’t call for salaries for players, instead focusing on medical protection for concussions and other issues, guaranteed multiyear scholarships even if players get injured, and a trust fund players could use to finish schooling after their NCAA eligibility expires. Athletic departments of schools in the five major conferences currently generate $5.15 billion in revenue.

To no one’s surprise, the NCAA opposes to the move—on the grounds that extending medical protection and guaranteeing multiyear scholarships would detract from education:

This union-backed attempt to turn student-athletes into employees undermines the purpose of college: an education. Student-athletes are not employees, and their participation in college sports is voluntary. We stand for all student-athletes, not just those the unions want to professionalize.

Many student athletes are provided scholarships and many other benefits for their participation. There is no employment relationship between the NCAA, its affiliated institutions or student-athletes.

Or, as SB Nation writer Rodger Sherman summarizes it:

So @insidethencaa is gonna fight a group pushing for concussion reform by saying players’ brains are important. Got it.

This case will likely land in federal court, where it would join O’Bannon v. NCAA, a case in which a group of former players are suing to receive revenue from game rebroadcasts, DVD highlights, apparel, and other merchandise. (That lawsuit has already led to the death of Electronic Arts’ popular NCAA Football series of video games; EA settled with the players.) If the O’Bannon litigation is any indication, it may be years before we know the fate of unions in college athletics. Until then, get ready to hear a lot of griping from some highly paid college officials.