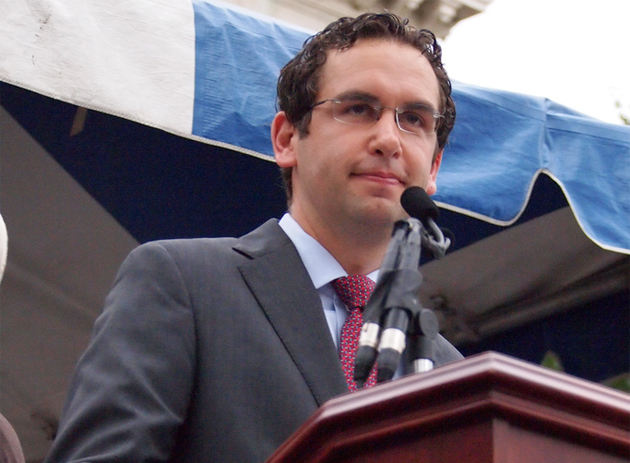 His city might not have been flooded with traffic as an act of political retribution, but Jersey City Mayor Steven Fulop still considers himself Gov. Chris Christie’s number one enemy.

Like Fort Lee Mayor Mark Sokolich, Fulop wouldn’t endorse Christie in last year’s gubernatorial race. (Though Fulop is a Democrat, Christie spoke at his inauguration in July.) Fulop alleged in a statement Thursday that he received swift punishment from the governor’s office after informing the Christie camp in September that he would not be endorsing the Republican incumbent. Fulop claimed that Christie officials canceled meetings and rejected his requests to discuss city issues immediately following the news.

“Cancelations include an entire day of meetings with state commissioners scheduled to be in Jersey City that was abruptly canceled, with each of the commissioners individually canceling within an hour of the time I communicated my intention to not endorse,” Fulop said.

Shortly after Christie won re-election, Fulop announced plans to sue the Port Authority for $400 million. He claims the agency, which is run by New Jersey and New York, has not been paying enough taxes on the 32 properties it owns in Jersey City.

When Christie was asked about the Jersey City controversy during his long press conference on Thursday, he said he didn’t know if Fulop’s meetings were canceled for purposes of payback, and he promised to look into the matter. “What Mayor Fulop knows is, when we agree with him from a policy perspective we’ll work with him,” Christie said. “When we disagree with him, we’ll express those disagreements. And sometimes that’ll mean friction.”

He added: “Have I at times been angry with Mayor Fulop and disagreed with him? You bet I have.”