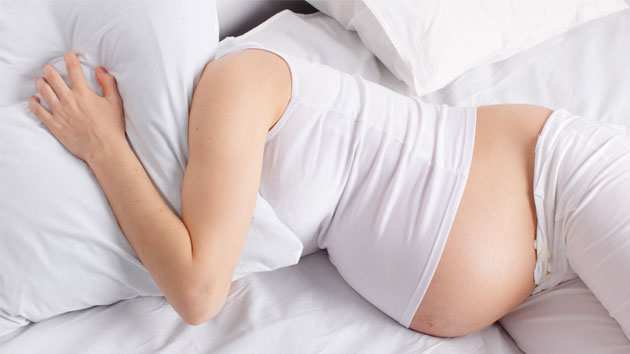 Update, February 25, 2014: This week, Montana Catholics plan to deliver a petition calling on George Leo Thomas, the Bishop of Helena, to rehire the fired school teacher, Shaela Evenson. The petition, which was organized by the national group, Faithful America, has over 20,000 signatures.

Last month, a Catholic school district in Montana fired middle-school teacher Shaela Evenson for becoming pregnant outside of marriage. Evenson, who taught literature and physical education at Butte Central Catholic Schools for nearly 10 years, was dismissed after the school district received an anonymous letter revealing her pregnancy. Despite the fact that Evenson’s principal has called her an “excellent teacher,” officials at the Roman Catholic Diocese of Helena, which oversees Evenson’s school, are standing by their decision. They contend that sex outside of marriage violates the morality clause in the teaching contract Evenson signed. On Thursday, Patrick Haggarty, the superintendent of Catholic schools for the diocese, told the Montana Standard, “It’s not easy being a Christian or a Catholic in today’s world. Our faith asks us to do things that right now are not popular with society.” The diocese, the school, and Evenson’s attorneys did not reply to requests for comment.

Firing unwed teachers who become pregnant is not uncommon for private religious schools. It’s not necessarily illegal, either. Although federal law generally forbids discrimination against pregnant women, the Supreme Court has ruled that religious employers are protected from certain discrimination lawsuits brought by employees who serve in ministerial roles. For example, they have the right give preference to job candidates who share their religion, if the purpose of the job is primarily religious.

Religious organizations are permitted to require employees to sign a religious contract, but they must enforce these contracts equally for men and women. In a recent legal analysis, Lauren E. Fisher, a professor of law at Washington and Lee University, pointed out that this is inherently impossible. “The majority of sins do not present themselves with hairy palms, growing noses, crossed eyes, or anything else that would make one’s sins obvious—except for the one instance in which there is glaring evidence of moral transgression: pregnancy outside of marriage,” Fischer wrote.

Evenson has hired an attorney, Brian Butler, who says she will file a discrimination claim with the Equal Employment Opportunity Commission (EEOC). Here are the cases of 10 other teachers who say they were fired for becoming pregnant.

1. San Diego Christian College in El Cajon, California, February 2013
Teri James said she was fired from her position as a financial-aid specialist after becoming pregnant with her fiancé’s child, in violation of a community covenant forbidding “sexually immoral behavior” she had signed while an employee. In a twist of the knife, James said that after she was fired, college officials offered a job to someone else they knew had violated the terms of the morality agreement—her husband.

James has filed a discrimination lawsuit against the college.

2. The Heritage Christian Academy in Rockwall, Texas, April 2012
The Christian private school fired Cathy Samford, a middle-school science teacher and volleyball coach, when the 29-year-old told officials that she had become pregnant. The father was her fiancé. When fired, Samford offered to move up the date of the wedding. The school’s headmaster refused the offer, telling news outlets, “It doesn’t change that her behavior was out of wedlock.”

Samford is suing the school, which has mounted a religious-liberty defense.

3. St. Vincent de Paul School in Fort Wayne, Indiana, June 2011
Emily Herx claims that she was fired from her teaching job at the Fort Wayne Catholic school after she underwent in vitro fertilization. The pastor of the church, she says, told the married teacher she was a “grave, immoral sinner” and had risked causing the school a scandal if anyone found out about her treatment.

Herx argued that her firing was illegal under the Americans with Disabilities Act, which protects individuals with infertility issues. In January 2012, the Equal Employment Opportunities Commission found that Herx’s firing was illegal. She later sued the school.

Butler, the attorney for Evenson, helped Dias bring a discrimination suit against the school. In June, a jury awarded Dias $170,000 in fines, back pay, and damages.

5. Southland Christian School in St. Cloud, Florida, April 2009
Fourth-grade teacher Jarretta Hamilton was fired after she told the school she planned to take maternity leave. Hamilton had become pregnant three weeks prior to her wedding in February 2009, in violation of the school’s “fornication” policy.

Hamilton received a right-to-sue letter from the EEOC in 2010, but a federal district court concluded that Hamilton had not produced sufficient evidence of discrimination. In May 2012, a federal court ruled that Hamilton could proceed with her case.

6. St. Felix Catholic School in Wabasha, Minnesota, February 2008
Emily Prigge, a 23-year-old, unmarried fifth-grade teacher, says her principal asked her to resign after she revealed her pregnancy, as sex outside marriage violated the Catholic Christian Witness Statement that she had signed.

7. St. Rose of Lima in Queens, New York, October 2005
Michelle McCusker, a 26-year-old preschool teacher, was fired from the Catholic school for becoming pregnant outside wedlock. McCusker said that she was “devastated” because “this was my first teaching position and I was excited and looking forward to the school year with my young students.” In this case, an anti-abortion group sided with McCusker and argued that her school’s policy encouraged female employees to seek abortions.

In 2006, the EEOC ruled that the school had engaged in illegal pregnancy discrimination.

8. Village Seventh-Day Adventist Elementary School in Berrien Springs, Michigan, May 2005
After school officials learned that Christine John, a kindergarten teacher, was four months pregnant with her husband of two months, they placed her on administrative leave until her contract expired. A school spokesman told the Associated Press that John’s contract allowed the school to terminate her immediately for engaging in premarital sex. The school was honoring her contract until the end of the school year, he said, “out of compassion.”

An investigator from the Equal Rights Division of Wisconsin’s Department of Workforce Development upheld Romenesko’s termination in December 2005, saying she had not been fired for becoming pregnant but for undergoing the procedure itself. Romenesko’s appeal reached the Wisconsin Supreme Court, which ruled that teachers at religiously affiliated schools are not protected by state laws against workplace discrimination.

10. Covenant Classical School in Hoover, Alabama, December 2003
Tesana Lewis was hired as an assistant teacher at the school and fired four days later when school officials learned that she was pregnant and unwed. Lawyers for the school said Lewis would not assure the officials she would stop having sex.

In 2006, a US district judge ruled that the school’s religious affiliation exempted it from federal pregnancy discrimination law.