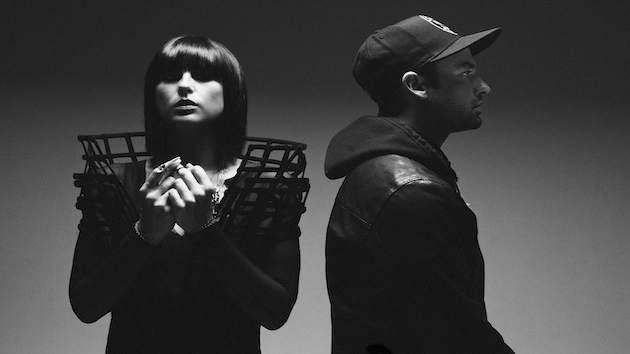 Phantogram has long played a particularly unique form of warm, experimental pop. Their music teems with buzzing synthesizers, shoegaze guitars, and singer/keyboardist Sarah Barthel’s beautiful vocals all coalescing in front of a driving hip-hop drum beat. On Voices—their second LP and their first since 2009’s Eyelid Movies—that sound is even more prominent, with Barthel and guitarist Josh Carter confidently harnessing and perfecting their material with a crowd in mind.

“We didn’t even have an audience at first. We were just trying to make music that we really wanted to hear,” Carter explained. “The same goes for Voices, but we knew that we had more of a platform and we were going to be performing things live.” As a result, there are some real scorchers on this record. “Black Out Days,” “The Day You Died,” and “Celebrating Nothing” are all huge songs well-suited for the year’s festival circuit. I can speak from experience. When they performed at the Treasure Island Music Festival back in October, they had the entire crowd in the palm of their hands—even as some of that crowd held up and danced under a sea of artsy, luminescent jellyfish. 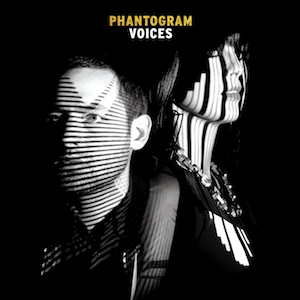 Though surreal, this fusion of art and sound made perfect sense. At their core, Phantogram is a strikingly visual band. As Barthel’s voice resonates overtop Carter’s echoed guitars, the listener is constantly hit with a cinematic sense of space. Electronic textures and ambience are the norm here. Slower ballad “Bill Murray” is a perfect example. “We were talking about what songs reminded us of,” says Carter. “We kept going back to that scene in Rushmore where Bill Murray jumps off the diving board and just sits on the bottom of the pool. So we were like let’s just name it Bill Murray.”

Though the band is convinced they’d make the same music anywhere, some of that sense of space might be owed to the band’s humble origins. Started in Saratoga Springs, New York, they were afforded the opportunity to use a family barn for practice space—an act they continue to this day. According to the band, this laid-back location helps focus their writing by blocking out all the distractions. “Being in the country—there’s a certain beauty that caters to creating.” He explains, “When we started writing for Voices, we were in a very small rehearsal space and were surrounded by several other bands who were playing all the time. We just couldn’t really think. You had like John Bonham on one side and John Paul Jones on the other side practicing bass.”

Even in his speech, you can hear the band’s musical depth. The two listen to everything from Prince to the Cocteau Twins. Carter grew up surrounded by guitarists, pianos, and albums from groups ranging from Pavement to the Beastie Boys to John Frusciante. “When I first started playing guitar, I got really into [Frusciante] albums when he was all strung out on heroin. I really loved his style of playing, and the gut-wrenching honesty behind his music. He had this real passion and desperation,” he explains. “But I’d say my first love for music that I chose myself was hip-hop. My first two albums were Fear of a Black Planet and License to Ill.”

Voices is a product of this diverse range of influences, but with a sound distinctly all its own, and—considering the growing festival and promotional spots—released at exactly the right time. The band is eventually planning a collaborative record with Outkast’s Big Boi. If Phantogram’s merging of pop, hip-hop, and psych is any indication, the trio should get along perfectly. “We’ve gone from being the band on a bill of a festival that says “and many more” to the smallest band written on the festival bill to constantly graduating up in the lineup. We have a very loyal, cool, fan base, and we just love to play live shows.”