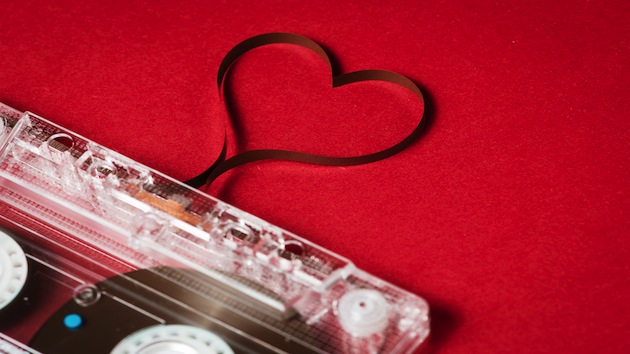 Let’s be honest: Valentine’s Day is terrible. But there’s no reason to make the holiday worse by playing those same dreadful songs over and over again. Whether you’re making a mix for that special someone, or holding a party to celebrate having no one, let’s please just agree to quit playing Mumford and Sons and wake up to some of the less discovered love tunes out there. Here are ten ideas to get you started:

The Song: Mumford and Sons’ “I Will Wait.“
Why it’s Bad: Come on. You’re not really going to wait.
Potential Substitute: King Charles’ “Love Lust.”
Why it’s Better: A mostly overlooked song, “Love Lust” warps genres at will and has the driving pace that characterizes most of Mumford and Sons’ songs. What it lacks in banjo, it more than makes up for in style.

The Song: The Temper Trap’s “Sweet Disposition.”
Why It’s Bad: Don’t be fooled by the catchy guitar line and soaring vocal delivery. This is a song about desperately convincing someone to sleep with you. Is that really the message you want to be sending?
Potential Substitute: STRFKR’s “Rawnald Gregory Erickson the Second.”
Why It’s Better: If you’re going to try to woo someone, at least make it fun.

The Song: Jason Mraz’s “I’m Yours.”
Why it’s Bad: The syncopated bounce of this song was best left behind in college—when you were trying to impress your friends by playing guitar on the quad.
Potential Substitute: LCD Soundsystem’s “I Can Change.“
Why It’s Better: Vowing to change in order to keep the relationship together? That sounds like actual commitment.

The Song: Beyoncé’s “Drunk in Love.”
Why it’s Bad: Don’t get me wrong, her performance at the Grammy Awards was incredible. But given that the song takes a quote from a movie about Ike Turner, maybe it’s best if we keep “Crazy in Love-“era Beyoncé and just leave this one behind.
Potential Substitute: TV On The Radio’s “Will Do.”
Why it’s Better: “Will Do” is a hazy, sultry, and crescendo-driven song about starting a new relationship and all the lust that comes with it. While it’s not quite as intense as Beyoncé, it also doesn’t throw out uncomfortable lines about surfboards or demeaning ones about beating your wife.

The Song: James Blunt “You’re Beautiful.”
Why It’s bad: How often do we have to listen to a dude sing about how beautiful a woman is?
Potential Substitute: Little Dragon’s “Nightlight.”
Why It’s Better: You’ve still got all of the obsession, but less of the boring white guy.

The Song: Maroon 5’s “Love Somebody.”
Why it’s Bad: One part sad, existential longing; two parts echo—in theory, this should work. But somewhere in between Adam Levine’s moaning and my disbelief that he has trouble meeting anyone, I’m lost.
Potential Substitute: The Chromatics’ “Kill for Love.”
Why it’s Better: It maintains the melancholy tone and dance feel, but washes over you in a far less grating way. Some may find it too earnest, too electronic, or too ’80s-influenced (the band was featured on the Drive soundtrack), but it’s certainly way easier to listen to than “Love Somebody.”

The Song: Bruno Mars’ “Just The Way You Are.”
Why it’s Bad: I’m not going to pretend Bruno Mars doesn’t deserve attention. But let’s not kid ourselves: The lyrics are overly saccharine, the music is uninspired, and it’s a completely unreal representation of love. Plus, how many times have you heard that chorus? It stops sounding amazing to call someone amazing after about the fourth time.
Potential Substitute: The Replacements’ “Valentine.”
Why it’s Better: You still get the cheesy fawning, but without the unnecessary polish. There’s a believable grit in those lyrics and yearning in that delivery.

The Song: John Mayer’s “Your Body Is a Wonderland.”
Why it’s Bad: A wonderland? That was the best you could do? I’ve seen you play with Eric Clapton.
Potential Substitute: Jesus and Mary Chain’s “Head On.”
Why it’s Better: What better way to explain attraction than by comparing it to a now famous drug addiction?

The Song: Taylor Swift’s “You Belong with Me.”
Why it’s Bad: Look, I have a huge soft spot for Taylor Swift, but how many times have we heard this song?
Potentital Substitute: Eternal Summers’s “You Kill.”
Why it’s Better: A song about unrequited love should punch you in the gut. This song does just that.

The Song: Anything by Bon Iver.
Why it’s Bad: Yes, he’s folksy and heartbreaking, but let’s stop encouraging him to sing that high. He’s bound to pull a muscle.
Potential Substitute: Mountain Goats’ “No Children.”
Why it’s Better: If you’re going to have sing-a-longs to sad, sappy bastard music this Valentine’s Day, this song’s vengeful poetry will get the job done. Trust me.