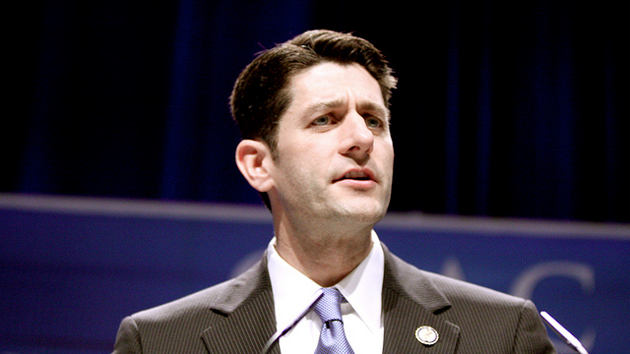 Rep. Paul Ryan (R-Wis.), the GOP’s vice presidential nominee in 2012, was still defending his recent comments about inner-city culture this week, when he appeared on Fox News and told host Bill O’Reilly, “I don’t have a racist bone in my body.” Ryan was responding to criticism he drew after saying earlier this month, during an interview with conservative radio host Bill Bennett, “We have got this tailspin of culture, in our inner cities in particular, of men not working and just generations of men not even thinking about working or learning the value and the culture of work. There is a real culture problem here that has to be dealt with.” Some accused Ryan of using racist—or racially loaded—rhetoric. Ryan replied that he had been “inarticulate” but was not “implicating the culture of one community”—that is, African Americans. Yet his interview with Bennett was not the first time that Ryan, a potential 2016 presidential contender, had given the impression that inner-city poverty was linked to the supposed cultural deficiencies of minority Americans.

In 2005, Ryan spoke to the Atlas Society, a libertarian outfit devoted to the philosophy of Ayn Rand. “I grew up reading Ayn Rand,” he noted, “and it taught me quite a bit about who I am and what my value systems are, and what my beliefs are. It’s inspired me so much that it’s required reading in my office for all my interns and my staff.” And he observed that all political battles “usually” come down “to one conflict: individualism versus collectivism.” Asked to describe the best Randian argument to advance libertarian notions on Capitol Hill and beat back the welfare state, Ryan replied,

I think the victimization argument. I think that the fact that collectivists speak down to people as victims is not only an arrogant thing to do, but it produces poor results. So backing up, this victimization class that collectivists try to produce, and showing the folks you’re trying to convince that this is not only in their best interests—in their worst interests—that it’s not dignifying, and it’s arrogant. That seems to work. We’re trying to recruit a lot of minority legislators to work with us on personal [savings and health] accounts because, of all things, it’s in their best interest to fight party bosses from the Democrats, who are really insisting on everybody toeing the line… But I always try to show how victimhood has gotten them nothing.

You can listen to Ryan’s full answer here:

In these remarks, Ryan appeared to be associating the “victimization class” with “minority legislators,” and suggesting that this group of people have gained nothing by accepting “victimhood.” It’s a message close to Mitt Romney’s 47 percent remarks and Ryan’s own takers-versus-makers line. But there is a racial cast to the comment.

In a 2012 interview, Ryan contended that inner-city crime was a cultural matter. Speaking to a reporter with the ABC television affiliate in Flint, Michigan, Ryan remarked,

A key problem, he appeared to be saying, was with the character of poor people within the inner cities. Given the high percentage of African Americans in such areas, this remark, too, could be seen as racially charged.

It’s no shocker when Ryan—or other libertarians—denounce government assistance programs for breeding dependency and preventing recipients from developing a robust work ethic. But Ryan contends all this assistance leads to a cultural problem. In 2012, he told conservative host Star Parker that the best way to undo the harm caused by a “welfare state that lulls able-bodied people into lives of complacency and dependency” is to bring “cultural antibodies back in.” And by tying this depraved culture to inner-city Americans, Ryan presents an analysis that can be read to include a racial component. What he said on Bennett’s radio show was not out of sync with his usual rhetoric. It was not inarticulate. It was a view he has expressed before and presumably believes fully.