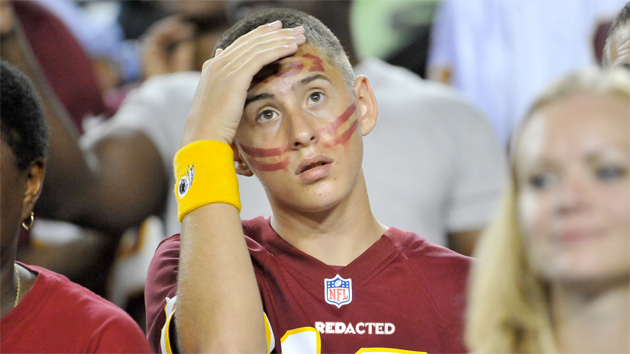 The CEO of the Washington football team’s recently unveiled Original Americans Foundation also runs an organization that was criticized in a federal investigation for wasting nearly $1 million and providing “no benefit” after receiving a Bureau of Indian Affairs contract.

Gary Edwards, who was announced as head of the team’s foundation this week, is CEO of the National Native American Law Enforcement Association. In 2009, the NNALEA won a contract with the Bureau of Indian Affairs to “recruit for and hire critically needed law enforcement officers (police, corrections, and criminal investigator positions) to work in Indian Country.” According to a 2012 investigation into the contract, first reported by USA Today, NNALEA produced 748 applicants for law enforcement positions—only about 4 percent of which were Native American. Even worse, not a single applicant was qualified, meaning the $967,100 in funds amounted to absolutely nothing.

The investigation mostly comes down hard on Bureau of Indian Affairs officials for allowing Edwards to negotiate the terms of the contract into something essentially useless. While the contract’s original language called for “500 qualified Native American law enforcement applicants,” according to the investigation, it was later modified to “500 pre-screened potential applicants,” effectively removing the requirements that the NNALEA provide applicants who are Native American and qualified for law enforcement jobs. In its invoices to the Bureau, NNALEA reported holding a recruiting event at the 2009 Crow Fair Celebration and placing ads in South Dakota’s Aberdeen News, though according to the investigation an official who attended the fair saw no recruiting booth or NNALEA representatives, and the Aberdeen News had no record of NNALEA ever ordering the ads.

“The NNALEA believes it met and exceeded all of its obligations under the contract with the Bureau of Indian Affairs’ Office of Justice Services, and subsequently was paid after the contract was completed,” Edwards said in a statement released Thursday night.

See the full investigation below: