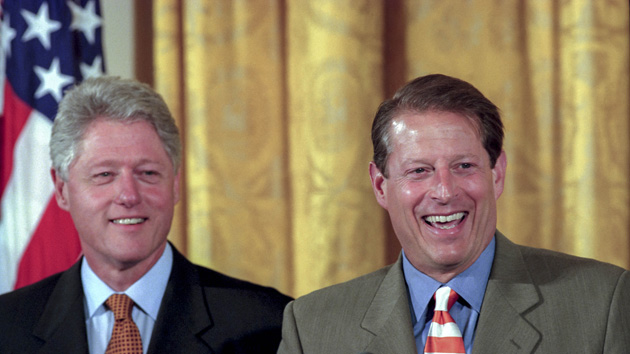 Among the trove of Clinton-era documents released Friday afternoon by the former president’s library is an email from an angry White House aide who blasts President Bill Clinton and Vice President Al Gore for not attending the funeral of Oklahoma Democrat Carl Albert. Known as the “Little Giant from Little Dixie,” Albert, who stood five feet four-and-a-half inches tall, served as speaker of the House of Representatives from 1971 to 1976.

Albert died on February 4, 2000, and many Democratic politicians attended his funeral five days later. But Clinton and Gore skipped the event. In an email, Tim Emrich, who worked on the White House’s scheduling team, said “it’s fucking stupid” that Clinton and Gore didn’t attend. Emrich elaborated: “It’s stupid that neither BC nor AG is attending this funeral. ESPECIALLY AG, it’s such an easy home run in the largest democratic part of the state.” 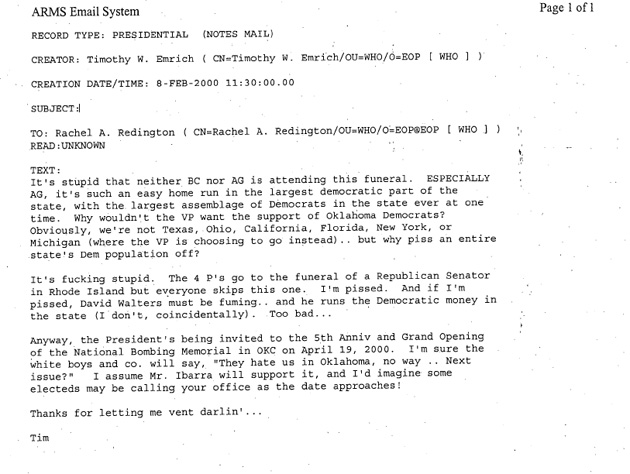