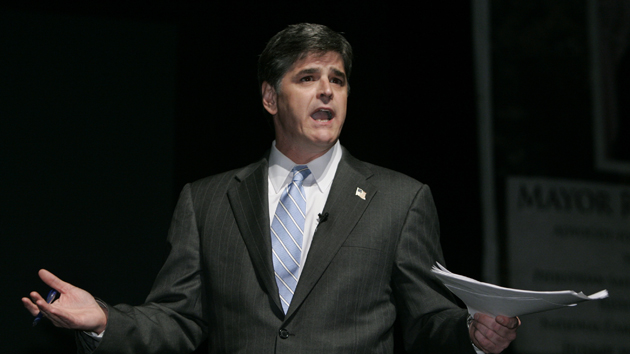 Since Wednesday night, when the New York Times published Cliven Bundy’s observations about “the Negro”—including his musing that African Americans were better off as cotton-picking slaves than they are today—conservative pundits have scrambled to distance themselves from the Nevada rancher, whose recent standoff with federal officials over grazing fees on public land became a rallying cry for anti-government conservatives. Fox News host Sean Hannity, who had vociferously championed Bundy as a hero, kicked off his Thursday show by slamming Bundy for his “ignorant, racist, repugnant, despicable” remarks.

Bundy defended his initial comments on Thursday saying, “If they think I’m racist, they’re totally wrong…Again, I’m wondering are they better off under the old system of slavery or are they better off under the welfare slavery that they’re under now. You know, I’m not saying one way or the other.” And on Friday morning, he told CNN that he didn’t see a problem with using terms like “Negro” or “boy” for black people. “If those people cannot take those kind of words and not be (offended), then Martin Luther King hasn’t got his job done yet,” he told anchor Chris Cuomo.

Meanwhile, Bundy’s daughter, Shiree Bundy Cox, is striking back at conservatives who have turned tail on Bundy—especially Hannity. In a Facebook post Thursday night, she accused the talk show host of abandoning her father and pandering to ratings. Here’s a snippet:

I’m sure most of you have heard the news about my dad being called a racist. Wow! The media loves to take things out of context don’t they? First off I’d just like to say that my dad has never been the most eloquent speaking person. Like someone said, he’s a Moses who needs an Aaron to speak for him. This is true. Second, however, is that the media has turned this into a circus side show. It’s like their trying to throw us off the real subject. Why was this ever even brought up? What does this have to do with land rights issues? Sean Hannity was all for reporting the happenings at the Bundy Ranch until this popped up. I wonder if someone hoped it would be that way…By the way, I think Mr. Hannity is more worried about his ratings than he really is about what my dad said. If he supports a supposed racist, what will that do to his ratings? He’s already lost his #1 spot on Fox.

Cox, who is one of 14 children, also suggested that the controversy concerning Bundy’s racist comments had somehow been orchestrated to undermine her father’s cause:

Glenn Beck was never 100% on board with my dad, but now he has an excuse to distance himself even farther. Could there be people out there who want it that way? Get the un main stream media out of the way from reporting this situation in a positive light and the battle is more than won for the opposing side…Again I’d like to ask, “What does my dad’s opinion on the state of the Blacks on welfare have to do with the land rights issue?” Nothing! It’s a detouring tactic. It’s taking away from the real issues and what has been accomplished. The mainstream media want this to happen to make people deviate from the real important things and focus on a comment that has absolutely no relevance. It’s a tactic that has been used for decades. I hope people will see this for what it really is.

While she came down hard on his critics, Cox’s defense of her father was not so fierce: “Is my dad a racist. No, I really don’t think so. Could he have said what he means with a little more tact? Sure he could have. But most of all, should it even be an issue right now? Nope.”