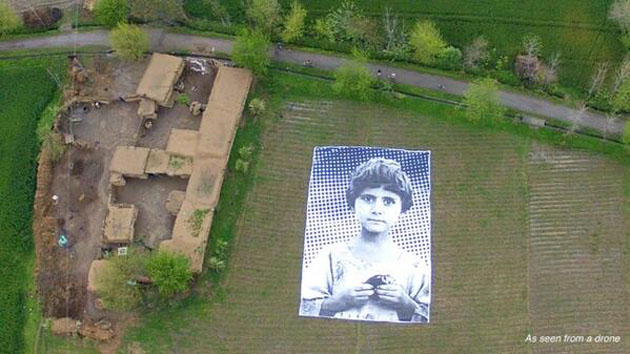 Two weeks ago, artists unfurled this giant poster of a drone-strike survivor in a field in northwest Pakistan.#NotABugSplat

On the night of August 23, 2010, an American drone destroyed a home in Danda Darpakhel, a village in North Waziristan, Pakistan. The strike was meant to target a Haqqani network compound, but also killed Bismillah Khan, his wife, and two of their sons, aged 8 and 10 years old. The family’s two young sons and daughter, whose names and ages are unknown, survived.

Now Khan’s daughter’s face has become part of the first-ever art installation aimed at an audience watching from the sky: American drone pilots.  Two weeks ago, artists spread out a large poster of the girl in Khyber Pakhtunkwwa, the Pakistani province that neighbors North Waziristan. The image on the sprawling poster comes from a photo (below) taken by Pakistani photographer Noor Behram a few hours after the strike on the girl’s home.

The artists call their project #NotABugSplat, a reference to “bug splat,” drone-pilot lingo for kills. 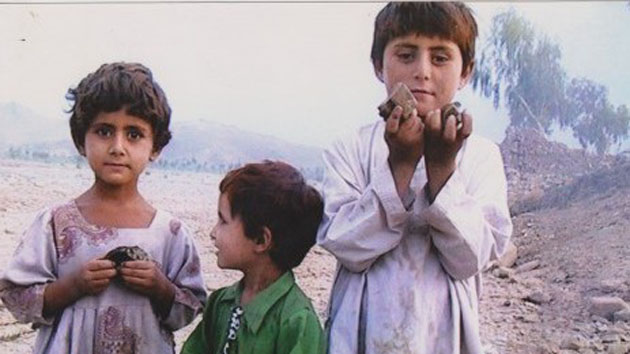 The artist collective, which includes artists from France, Pakistan, and the United States, set up the poster with the help of the British charity Reprieve  and a Pakistani NGO, the Foundation for Fundamental Rights. They hope that the poster will make drone operators empathize with the people who live under their gaze. “We were considering whether to put words in the poster, but decided against it, since the photograph already speaks a thousand words,” one of the members of the collective, who asked to remain anonymous, told Mother Jones, “Her eyes say everything.”

When the artists arrived in Khyber Pakhtunkhwa, they were greeted by “warm, welcoming” villagers, who helped them unfold the gigantic image. The 90-foot by 60-foot poster took an hour and a half to unfurl. At ground level it looked like a bunch of pixels. But once the villagers saw a photo of the image taken by the artists’ own remote-controlled mini-drone, they were ecstatic. 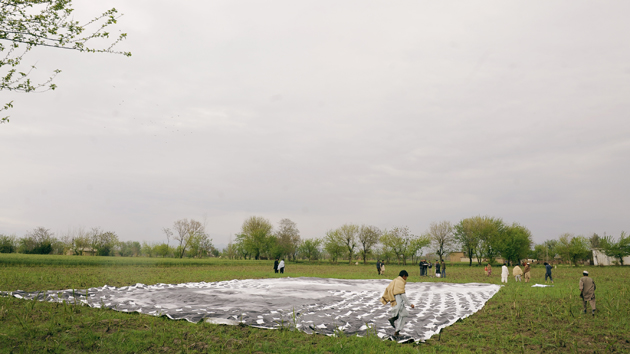 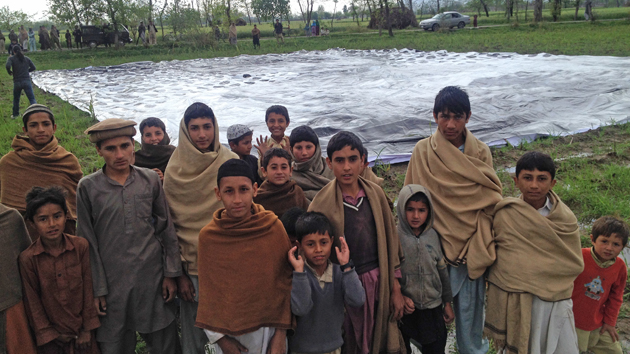 Villagers with the poster #NotABugSplat.com 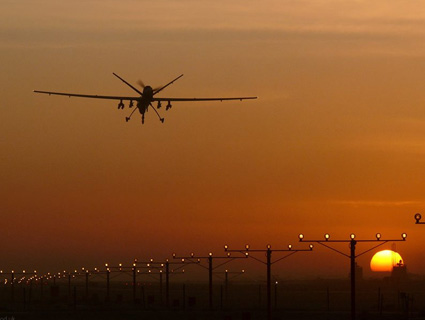 The poster as seen from the artists’ own drone #NotABugSplat

To get a sense of the scale of the poster, it helps to look at the road winding besides it, dotted by miniscule people who are “about the size of bugs”, says one of the artists.

The strike that killed most of the girl’s family also destroyed or badly damaged five other houses, killing at least nine civilians who were part of a community of Afghan refugees that had been there for two decades. The girl and her brothers were taken in by family members on the other side of the Pakistan-Afghanistan border.

More than 100 days have passed since the last American drone strike in Pakistan. The #NotABugSplat artists hope there they won’t have to make any more such posters. “But if the need is there, we will do more,” says the collective.