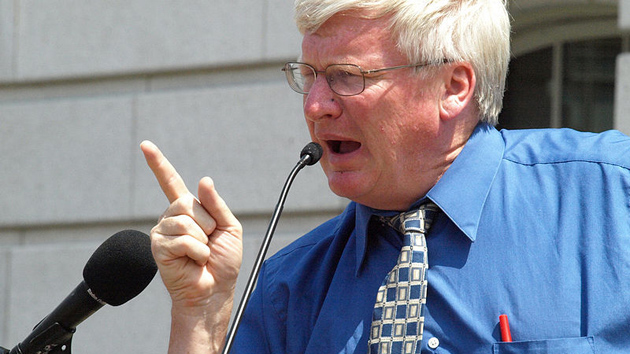 Wisconsonites tired of relaxing on weekends and staying home on federal holidays are in luck: On Thursday, GOP state Sen. Glenn Grothman announced his challenge to 18*-term moderate Rep. Tom Petri (R-Wis.). In a conservative district that went to Mitt Romney by seven points in 2012, Grothman hopes to channel dissatisfaction with Republicans in Congress whom he believes haven’t done enough to slow down the Obama administration’s policy agenda. But he comes with some baggage of his own.

In January, Grothman introduced legislation to eliminate a state requirement that workers get at least one day off per week. “Right now in Wisconsin, you’re not supposed to work seven days in a row, which is a little ridiculous because all sorts of people want to work seven days a week,” he told the Huffington Post. Eliminating days off is a long-running campaign from Grothman. Three years earlier, he argued that public employees should have to work on Martin Luther King Day. “Let’s be honest, giving government employees off has nothing to do with honoring Martin Luther King Day and it’s just about giving state employees another day off,” he told the Wisconsin State Journal. It would be one thing if people were using their day off to do something productive, but Grothman said he would be “shocked if you can find anybody doing service.”

MLK Day and “Saturday” aren’t the only holidays Grothman opposes. At a town hall in 2013, he took on Kwanzaa, which he said “almost no black people today care about” and was being propped up by “white left-wingers who try to shove this down black people’s throats in an effort to divide Americans.”

When he’s not advocating for people to spend more time working, Grothman has gotten in trouble for advocating that (some) people be paid less. “You could argue that money is more important for men,” he told the Daily Beast’s Michelle Goldberg, after pushing through a repeal of the state’s equal pay bill. And he has pushed to pare back a program that provided free birth control, while floating a bill that would have labeled single parenthood, “a contributing factor to child abuse and neglect.” Grothman justified the bill by contending that women choose to become single mothers and call their pregnancies “unplanned” only because it’s what people want to hear. “I think people are trained to say that ‘this is a surprise to me,’ because there’s still enough of a stigma that they’re supposed to say this,” he said in 2012.

Correction: This post originally misstated the number of years Petri has been in Congress.