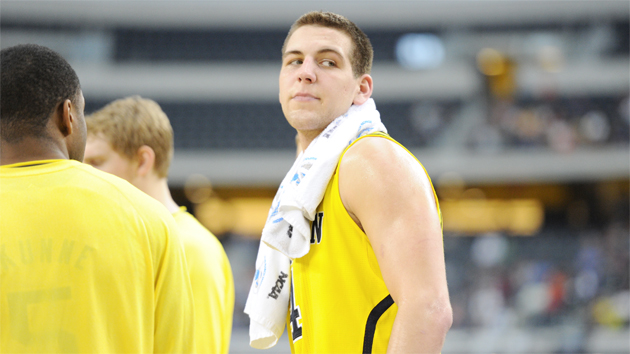 University of Michigan center Mitch McGary only played eight games last season before a back injury sent him to the bench. During the March Madness championship tournament—when the sidelined McGary could only cheer on his teammates—the NCAA chose him for a random drug test. McGary told Yahoo Sports he had passed five previous drug tests that season, but had smoked marijuana on one occasion with friends on campus before the tournament started. The punishment for his first offense? A year-long suspension from the NCAA.

Under ordinary circumstances, the University of Michigan penalty for a first failed drug test is a three-game suspension. But this test was conducted during the NCAA tournament, and in such cases, the NCAA metes out the punishment, hence the one-year suspension. (Under NCAA rules, a second failed test would lead to a lifetime ban that would mean the athlete can never play NCAA sports again.) That first-time penalty might seem harsh to many—and the NCAA agrees. It altered its rules to reduce the first-time penalty for a positive “street drug” test to a half-season suspension instead. But it made this change days after it had denied McGary’s appeal, and the new rule doesn’t take effect until August 1. So McGary is still subject to the older penalty the NCAA has conceded is unreasonable.

McGary, who was already on the fence about returning to school for his junior season, has now decided to leave Michigan for the NBA. As football players at Northwesten University prepare to vote on unionization—as part of a growing movement in college sports—the McGary case is a stark reminder of why some college athletes are demanding a seat at the bargaining table.