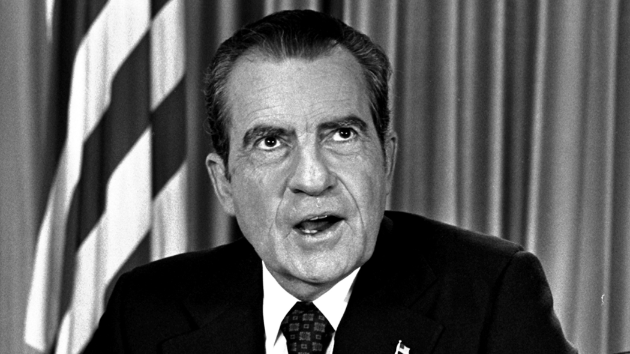 Last week, Rep. Darrell Issa (R-Calif.) subpoenaed Secretary of State John Kerry to testify about Benghazi, and House Speaker John Boehner created a select committee to mount yet another investigation of the 2012 attack on the US facility in Libya. It’s the latest effort by House Republicans to squeeze a scandal out of the tragedy. While the GOP’s relentless Benghazi crusade continues, there has been an outpouring of rhetorical excesses, with some conservatives going as far as likening the Obama administration’s response to the attack to the Nixon administration’s Watergate scandal.

Appearing Sunday on CNN, Carl Bernstein, the Washington Post reporter who joined with Bob Woodward to break the Watergate story, said there’s no comparison: “This is not Watergate, or anything resembling Watergate. Watergate was a massive criminal conspiracy led by a criminal president of the United States for almost the whole of his administration. We’re talking total apples and oranges here.” He added, “This is about an ideological scorched-earth politics that prevails in Washington.”?

Frank Rich at New York magazine wrote last year that Republicans are pushing the Watergate analogy because they believe Benghazi could be a “gateway both to the president’s impeachment and to a GOP victory over Hillary in 2016.” But they’re running into a problem, Rich noted, namely that “no one to the left of Sean Hannity seriously believes that the Obama White House was trying to cover up a terrorist attack.” The Huffington Post observes that Benghazi is hardly the first Obama administration affair that has driven Republicans to reference Watergate. They’ve wielded this analogy to decry Fast and Furious, the Solyndra controversy, the so-called IRS scandal, and the Department of Homeland Security’s handling of Freedom of Information Act requests. And Republicans have dredged up the Watergate metaphor repeatedly since 2012.

Here are 13 conservatives who have compared Benghazi to Watergate, in chronological order:

1. Rep. Marsha Blackburn (R-Tenn.): “I think this is an issue—Benghazi-gate is the right term for this. This is very, very serious, probably more serious than Watergate.” —Fox News, October 1, 2012?

No one died at watergate! The Obama lies about Benghazi and Biden’s deliberate lies Thursday night should be a bigger scandal than Nixon

?4. Sen. John McCain (R-Ariz.): “You know what, somebody the other day said to me that this is as bad as Watergate. Well, nobody died in Watergate. But this is either a massive cover-up or an incompetence that is not acceptable service to the American people.” —CBS’s Face the Nation, October 28, 2012?

5. Fox News contributor Bill O’Reilly: “Richard Nixon denied he had anything to do with a low-level political break-in. If the press had not been aggressive, Nixon would have gotten away with it. And certainly the break-in at the Watergate Hotel was not nearly as important as failing to define a terrorist attack that killed four Americans. President Obama…should have given us the facts weeks ago. He chose not to.” —Fox News, November 15, 2012?

6. Rep. Steve King (R-Iowa): “I believe that it’s a lot bigger than Watergate, and if you link Watergate and Iran-Contra together and multiply it times maybe 10 or so, you’re going to get in the zone where Benghazi is.” —The Washington Times, December 12, 2012?

7. Former Arkansas Republican Gov. Mike Huckabee: “This is not minor. It wasn’t minor when Richard Nixon lied to the American people and worked with those in his administration to cover up what really happened in Watergate. But, I remind you—as bad as Watergate was, because it broke the trust between the president and the people, no one died. This is more serious because four Americans did in fact die.” —The Mike Huckabee Show, May 6, 2013

8. Sen. Lindsey Graham (R-S.C.): “I want to keep pushing because the bond that has been broken between those who serve us in harm’s way and the government they serve is huge—and to me every bit as damaging as Watergate.” —The Mike Huckabee Show, May 6, 2013

You could call #Benghazi Obama’s Watergate, except no one died.

10. Former Nixon adviser Pat Buchanan: “The break in at Watergate was a stupid burglary, political burglary, nobody got killed. This is a horrible atrocity. Killing an American ambassador; killing another diplomat; two Navy SEALs; destroying and burning that compound. Driving us out of a part of a country we have liberated. But you are right, the real thing here is the cover-up.” —Fox News, May 9, 2013?

12. Sen. Jim Inhofe (R-Okla.): “I will say this to my dying day, I know people don’t realize it now, but that’s going to go down in history as the greatest cover-up. And I’m talking about compared to the Pentagon Papers, Iran-Contra, Watergate, and the rest of them. This was a cover-up in order for people right before the election to think that there was no longer a problem with terrorism in the Middle East.” —KFAQ, February 3, 2014

13. Fox News commentator Charles Krauthammer: “[The email is] to me the equivalent of what was discovered with the Nixon tapes.” —Fox News, May 1, 2014