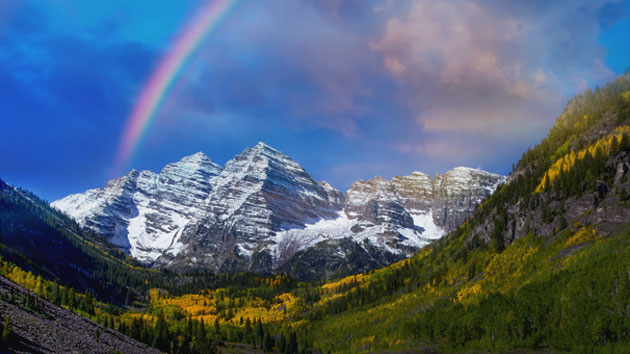 Update (6/26/2015): On June 26, 2015, the US Supreme Court ruled that bans on same-sex marriage were unconstitutional. The ruling effectively legalized gay marriage in every state.

Just a few years ago, the fight for marriage equality looked incredibly bleak. More than half of all states had banned same-sex marriage through ballot initiatives or legislation, with some states going so far as to inscribe same-sex marriage bans into their constitutions.

Supporters of marriage equality today are reversing the situation at an astonishing pace. A massive 2012 campaign by marriage equality activists to reverse the pattern of defeat they’d suffered at the ballot box, as well as the Supreme Court’s 2013 decision to strike down the federal Defense of Marriage Act have proven to be major catalysts for change.

But progress has been uneven. Depending on the state, the right to same-sex marriage relies on voters approving a new constitutional amendment, legislators repealing a law, or judges striking down the ban (and the judge’s decision surviving the appeals process). States with domestic partnerships or civil unions don’t offer nearly the same protections for couples as states that recognize same-sex marriage. For instance, Wisconsin law allows domestic partnerships but makes it illegal for same-sex couples to travel out of state to marry. Couples who do so, and continue living in Wisconsin, risk a $10,000 fine and nine months in prison.

Below are two maps that will help you keep it all straight. The maps, which are continually updated, tell you everything you need to know about how marriage equality is spreading across the country.

First, here’s a look at where same-sex marriage stands in each state:

As the above map shows, more states ban same-sex marriage today than allow it. But that's only part of the story.

Although the end of DOMA didn't have an immediate effect on state laws, the 2013 Supreme Court ruling signaled that state bans on same-sex marriage are unconstitutional. Accordingly, federal judges in nearly a dozen states—the ones in light green on the map above—have overturned such bans. (In each case, the state has appealed.)

With that in mind, the fight for marriage equality looks very different—more like a movement that is succeeding at a faster clip every year:

The tipping point came in 2012, when voters in Washington, Maine, and Minnesota recognized the rights of same-sex couples to marry. Of the nearly two-dozen states that recognize some form of same-sex unions, more than half joined the pack in just the past two years.