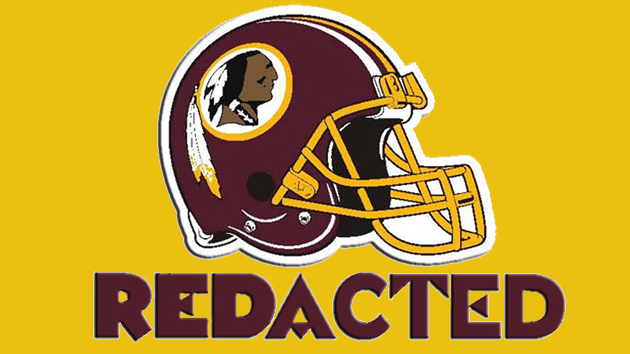 Fifty senators have called out NFL commissioner Roger Goodell, urging the league to change the racist name of Washington’s football team. Referencing the NBA’s strong response to racist Los Angeles Clippers owner Donald Sterling, they wrote in a letter to Goodell, “Now is the time for the NFL to act. The Washington, DC football team is on the wrong side of history. What message does it send to punish slurs against African Americans while endorsing slurs about Native Americans?”

The main letter, first given to the New York Times, was circulated by Sen. Maria Cantwell (D-Wash.) and signed by 46 other Democrats and two independents. (Sen. Bill Nelson (D-Fla.), ever the lone wolf, decided to send his own letter also calling for a name change.) Virginia’s pair of senators were among the five Dems who didn’t sign; the letter was not circulated among Republicans.

The NFL released a statement in response that defended the name, but continued the softening of the league’s tone toward critics: “The intent of the team’s name has always been to present a strong, positive and respectful image. The name is not used by the team or the NFL in any other context, though we respect those that view it differently.” The team itself declined to comment, though owner Dan Snyder can rest easy knowing he was absolved of racism months ago.