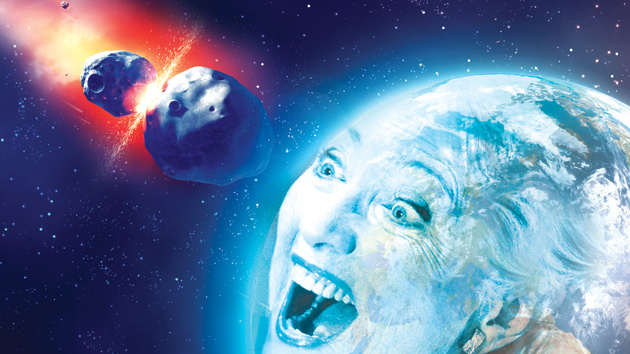 Long before she let Benghazi happen, Hillary Clinton was the center of a swirl of inventive rumors about sex, drugs, and murder. For entertainment purposes only, we’ve rounded up some of the greatest (i.e., most scurrilous). We’ll add more as they inevitably bubble up in the run-up to the 2016 race.

Benghazi on the brain

#TCLOT
Rumor: As if a phony head injury wasn’t bad enough—Hillary faked a blood clot, an even more serious medical condition, to further delay her Benghazi testimony.
Rumormonger: Glenn Beck, who added that “if she really had some weird thing in the hospital, then it should prohibit her from ever becoming president.”

Brained by Bush’s brain
Rumor: The clot was real, and Hillary suffered lingering brain damage that could render her unfit for office.
Rumormonger: Fox News analyst Karl Rove, who backtracked the next day.

Fostering doubts
Rumor: Various theories hold that former Clinton White House chief of staff Vince Foster didn’t commit suicide in Virginia’s Fort Marcy Park. One posits that he was killed because he was having an affair with Hillary Clinton.
Rumormongers: Former Rep. Dan Burton (R-Ind.) once shot a watermelon (or a pumpkin—it’s unclear) to prove that Foster was shot by someone else. Accuracy in Media founder Reed Irvine took out an ad in the New York Times to note that the FBI had failed to investigate “semen in Foster’s shorts, blond hair on his T-shirt and trousers and multicolored carpet fibers on all his clothing.” (Bonus: Anne Coulter once joked, “If you attack the Clintons publicly, make sure all your friends know that you are not planning suicide.”)

Ron Brown’s body
Rumor: Commerce Secretary Ron Brown and 34 others were killed in a plane crash orchestrated by the Clintons to prevent him from spilling the beans to special investigators about selling seats on trade missions.
Rumormonger: The Clinton Body Count, a website linking the first family to more than 90 deaths.

Whitewater whitewash
Rumor: After agreeing to cooperate with special investigator Ken Starr, Whitewater partner James McDougal died in prison—allegedly at the hands of Clinton henchmen. “Chalk up another body to Clinton,” as one Rush Limbaugh caller put it. An alternative theory: McDougal faked his death to avoid ratting out his benefactors.
Rumormonger: The Clinton Body Count

Kittycide
Rumor: Former Clinton aide Kathleen Willey alleged that after her cat went missing, a suspicious-looking jogger told her to watch what she said. Then her new cat turned up dead.
Rumormonger: Willey, in the the 2007 pseudo-documentary Hillary: The Movie (which triggered the Citizens United Supreme Court decision). 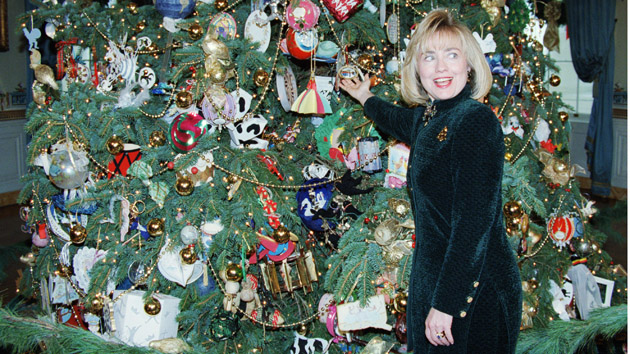 The condoms must be on the other side of the tree. AP Photo/Wilfredo Lee

Gay until inauguration
Rumor: After majoring in lesbianism at Wellesley, Hillary entered into a sham marriage with Bill Clinton to cover up the truth. At one point, a former classmate moved to Little Rock to continue an affair with Hillary.
Rumormonger: Edward Klein, author of The Truth About Hillary: What She Knew, When She Knew It, and How Far She’ll Go to Become President

Bisexual after inauguration
Rumor: Bill confided that his wife was a bisexual who, as she put it, “had eaten more pussy than he had.”
Rumormonger: Former Clinton mistress Gennifer Flowers, in a 2013 interview with the Daily Mail

Webb of lies
Rumor: Associate attorney general Webb Hubbell was really Chelsea’s father. (And Vince Foster was possibly killed because he knew.)
Rumormonger: This guy on the Internet who keeps emailing me and every other DC journalist.

Bermuda shorts
Rumor: Forget Webb Hubbell. Chelsea was conceived when Bill forced himself on Hillary during a vacation in Bermuda.
Rumormonger: Klein, keeping it classy.

Troopergate
Rumor: Hillary looked the other way when then-Gov. Bill Clinton used Arkansas state troopers to set up sexual liaisons with dozens—maybe hundreds—of women.
Rumormonger: Former right-wing operative-turned-Media Matters honcho David Brock, who later wrote in his book, Blinded by the Right, that “none of the trooper allegations that could be independently checked turned out to be true.”

Sexual pagan
Rumor: No, it’s not the name of my new metal band—it’s Hillary Clinton’s orientation.
Rumormonger: Southern Evangelical Seminary president Richard Land, who leveled the charge in response to the secretary of state’s advocacy for gay rights in Africa.

Powder hungry
Rumor: When Bill was governor, the Clintons covered up a multimillion-dollar cocaine smuggling ring based in Mena, Arkansas.
Rumormonger: The Clinton Chronicles (below), a 1994 pseudo-documentary distributed by the Reverend Jerry Falwell

Boys on the tracks
Rumor: Seventeen-year-olds Kevin Ives and Don Henry weren’t hit by a train after passing out on an Arkansas railroad track; they were brutally murdered after witnessing a Clinton-assisted drug drop.
Rumormongers: Former Rep. William Dannemeyer (R-Calif.) and The Clinton Chronicles

Four martini punch
Rumor: Reporter LJ Davis didn’t, as he claimed, pass out on his floor after drinking one too many martinis—he was assaulted in his Arkansas hotel room in 1994 by Clinton goons and robbed of four “significant” pages from his notebook. His crime: Asking too many questions about Clinton’s work at a Little Rock law firm.
Rumormongers: The Wall Street Journal editorial page, which cited the incident as evidence that Arkansas is a “congenitally violent place,” and Rush Limbaugh, who told his listeners, “journalists and others working on or involved in Whitewatergate have been mysteriously beaten and harassed in Little Rock; some have died.”

Con air
Rumor: Hillary purged the White House Travel Office in order to set up a system of kickbacks for an Arkansas airline helmed by a childhood friend of Bill’s.
Rumormongers: Brock and current Virginia congressional candidate Barbara Comstock

Brazilian whacks
Rumor: The Clintons forced former Hillary donor Peter Paul to spend two years in a Brazilian prison—including two months in a cellblock known as the “Corridor of Death”—after he filed a lawsuit against the couple claiming they knew about his illegal campaign finance dealings.
Rumormonger: Paul, in the 2007 pseudo-documentary Hillary Uncensored 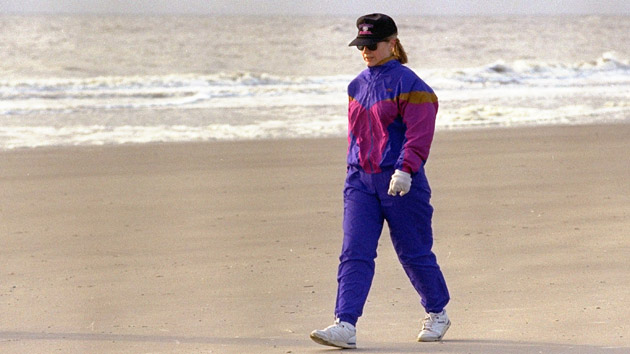 Muslim Sisterhood
Rumor: Clinton and top aide/alleged lover Huma Abedin (wife of ex-Rep. Anthony Weiner (D-N.Y.)) are in cahoots with the ladies’ auxiliary of the Muslim Brotherhood. Which explains why Clinton has been secretly pushing us to spread Sharia law in America.
Rumormongers: “Huma’s mom is best friends with the new so-called first lady of Egypt, who is also a member of the Sisterhood,” explained Rush Limbaugh. “Folks, it’s Peyton place—it’s too much to keep up with.” Rep. Michele Bachmann’s allegations of collaboration between Clinton and the Brotherhood was cited by protesters in the streets of Cairo.

Mullah moolah
Rumor: Clinton’s Islamofascist sympathies were secured with a bribe from Iran.
Rumormonger: Judicial Watch founder Larry Klayman, who conscientiously adds, “I cannot prove it at this time.”

Ban on churches
Rumor: Clinton was working with Islamists to shut down Christian houses of worship in the United States before she left office in 2013.
Rumormonger: Conservative speaker and self-described “former terrorist” Kamal Saleem 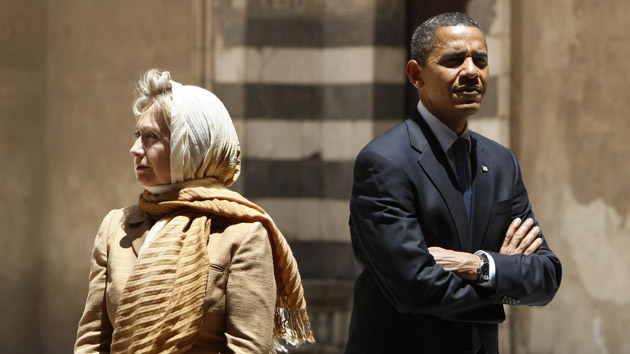 Cold-blooded
Rumor: Like most of the Washington elite, Hillary is in fact a blood-drinking extraterrestrial lizard in disguise.
Rumormonger: “Reptoid hypothesis” creator David Icke

Everything is Illuminati’ed
Rumor: Wake up, sheeple. The Clintons belong to an 18th-century secret society that controls global governance and finance.
Rumormongers: Lots of crazy people on YouTube

Blood money
Rumor: The Clintons consented to the harvesting and selling of HIV- and hepatitis C-positive blood from prison inmates to China in the 1980s.
Rumormongers: Klein and WorldNetDaily conspiracy guru Joseph Farah

Starr crossed
Rumor: Why did the Clintons enjoy impunity for their myriad crimes? Easy: Ken Starr, the man tasked with investigating them, was a secret Clinton crony.
Rumormonger: Poe again

Get behind me, thetan
Rumor: Why did the did the movie version of Primary Colors, in which John Travolta plays a thinly-veiled Bill Clinton, go so easy on the first couple? Maybe because President Clinton pressured the German government to extend religious protections to the Church of Scientology.
Rumormonger: The New York Post reported that Sen. Lauch Faircloth (R-N.C.) demanded an investigation into the matter; Faircloth denied this.

It’s a tax!
Rumor: As secretary of state, Hillary Clinton was pushing a secret United Nations takeover of the Internet, to be paid for by a secret tax on American billionaires.
Rumormonger: Former Clinton aide Dick Morris

Goo goo for Gaga: Clinton’s State Department betrayed its true function as an “agent for Lady Gaga” when it helped the “Bad Romance” singer secure a gig at a gay pride event in Italy.
Rumormonger: Mission: America founder Linda Harvey

Face the nation
Rumor: Clinton got a face-lift after leaving the State Department to “glam up” for 2016.
Rumormonger: Fox and Friends’ Steve Doocy, who tweeted afterwards that he was referring only to Clinton’s website.

Hey sole sister
Rumor: Clinton hired a mentally ill woman to throw a sneaker at her while giving a speech to the Institute of Scrap Recycling Industries in Las Vegas in April.
Rumormongers: Limbaugh and former Republican presidential front runner Herman Cain

It takes a child
Rumor: Chelsea Clinton became pregnant at the behest of her parents, who believe that the former secretary of state will be viewed more favorably if she has grandkids.
Rumormongers: Fox News host Howie Kurtz, the Washington Free Beacon‘s Michael Goldfarb, and the New York Times‘ Andrew Ross Sorkin.

Vanity press
Rumor: The Clintons arranged for Vanity Fair to publish Monica Lewinsky’s recent essay two-and-a-half years before the next presidential election, so it would be forgotten by 2016.
Rumormonger: Prolific children’s author Lynne Cheney, who asked Bill O’Reilly, “Would Vanity Fair publish anything about Monica Lewinsky that Hillary Clinton wouldn’t want in Vanity Fair?” (Yes.)