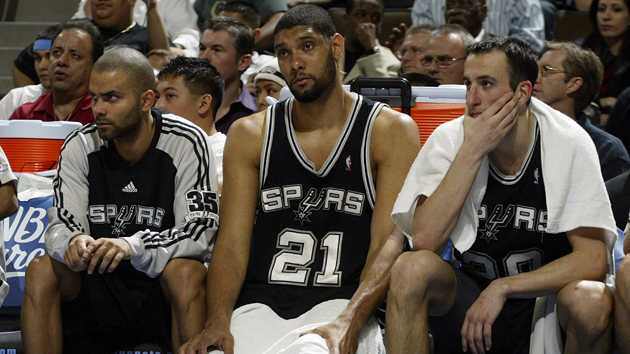 Former Secretary of State and potential 2016 candidate Hillary Clinton has finally weighed in on the most pressing political issue of the day: which team she’s rooting for in this year’s NBA Finals. During an interview touting her new book with Good Morning America‘s Robin Roberts Tuesday, Clinton pledged her allegiance to the LeBron James-led Miami Heat over the San Antonio Spurs. Why? Does she love Chris Bosh’s newfound ability to hit the corner three? Is she a fan of Chris “Birdman” Andersen’s impressive array of body art? Is she hoping for LeBron to get his three-peat so that he’s on equal footing with Jordan during GOAT conversations?

Roberts posed the question to Clinton as simple electoral math. “Heat or Spurs,” she asked. “So you have to go with Texas or Florida. That’s tough.” No trouble for Clinton, though. Without hesitation, she responded “Florida, when you pose it like that,” with a sly laugh. That answer has to hurt for the Obama alums who founded Battleground Texas in effort to turn the Lone Star State blue for future presidential elections.

The series is currently tied 1-1, with Game 3 scheduled for tonight in Miami. Perhaps the support of the next Democratic president will mend Dwyane Wade’s knees and crush Tim Duncan’s spirit (he’ll never robocall for a Democrat again). But by siding with the Heat, Clinton might have betrayed her party’s interests: Spurs head coach Greg Popovich donated $5,000 to Barack Obama for the 2012 election, while Heat front-office guru Pat Riley supported Republican Mitt Romney to the tune of $2,500.

Watch Clinton’s GMA interview (most of which focuses on sexism in politics) below, with her NBA fandom coming at the tail end of the chat: