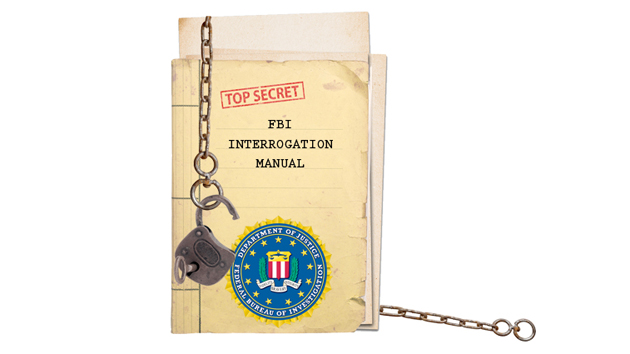 What happens when an FBI agent steps into a foreign prison to interrogate a US citizen? For several years, even as the FBI has cooperated with foreign governments to question Americans locked up in countries such as Kuwait, South Sudan, and Yemen, the Obama administration has been tight-lipped about the rules that govern such interrogations. FBI officials have told Congress that the same rules apply when FBI agents interview suspects at home and overseas. But an internal bureau interrogation manual suggests that the truth is more complicated—and new information from the FBI shows that key edits were made to the manual as the Obama administration shifted away from the Bush-era practice of questioning terrorism suspects at Pentagon- or CIA-run facilities, and toward outsourcing detentions to foreign regimes.

The FBI acknowledges that information it shares with foreign countries sometimes leads to the arrest of people the FBI is interested in, including Americans, and that its agents sometimes interview these suspects. This controversial practice, often called proxy detention, has been denounced by human rights advocates who say it circumvents suspects’ constitutional rights. But it took a lawsuit from the ACLU to force the Obama administration to disclose a manual that offers advice to FBI agents conducting these interviews.

When the manual, titled “Cross-Cultural, Rapport-Based Interrogation” was released in 2012, the sections that dealt with proxy detention were heavily redacted. The FBI’s page-and-a-half of “recommended practices” for conducting interviews of suspects in foreign custody was entirely redacted:

Then, in December, I broke the story of a bizarre FBI mistake: In 2010, a top agent at the bureau, thinking (incorrectly) that he could copyright the manual, deposited an unredacted version at the Library of Congress, where anyone could read it. But the tale gets even stranger.

The interrogation manual deposited at the Library of Congress was labeled “Version 3” and dated August 18, 2008, just a few months before President George W. Bush left office. A side-by-side comparison showed that the section dealing with proxy detentions had changed dramatically between this Bush-era version and the 2011 one released to the ACLU.

The Bush-era section focused on interviews in Defense Department facilities in Iraq and Afghanistan—not suspects held by foreign governments. It was titled “Conducting Custodial Law Enforcement Interviews in Combat Zones,”—minus the word “Overseas,” with its broader meaning. And the page-and-a-half on “recommended practices” that was entirely redacted in the 2011 version wasn’t in this version of the manual at all.

So when were the changes made? Recently, an FBI spokesman got me an answer. He said the tweaks came “around late 2010,”—well into the Obama administration—and “were mainly based on additional experiences gained overseas along with additional research on the subject matter.”

Michael German, a former FBI agent who is now a fellow at the Brennan Center for Law and Justice at New York University, says it is “extremely troubling” that it took the ACLU to uncover the manual, and that “these rules seem to expand without notice or public discussion. [It is] clear evidence there are insufficient internal or external controls on the FBI.”

In recent years, the Obama administration has continued to shift away from unilateral measures such as drone strikes, and toward working with foreign allies through means like proxy detention. Publicly disclosed funding to train and equip foreign militaries to fight terrorism has increased from $218.6 million in 2012 to a requested $290.2 million in 2014, and defense officials recently told The Hill that the government’s secret counterterrorism budget now has less money going to Afghanistan and more going to North Africa and the Middle East. Data collected by Long War Journal show that drone strikes in Pakistan peaked in 2010 and have declined every year since; similar data for Yemen show a peak in 2012 and a decline in the years since.

For more on what the FBI’s work with American citizens overseas can look like in practice, check out my recent investigation in the May/June issue of Mother Jones.