Food companies have spent billions of dollars to cover up the link between sugar consumption and health problems. That’s the conclusion of a new report from the Center for Science and Democracy at the Union of Concerned Scientists (UCS). 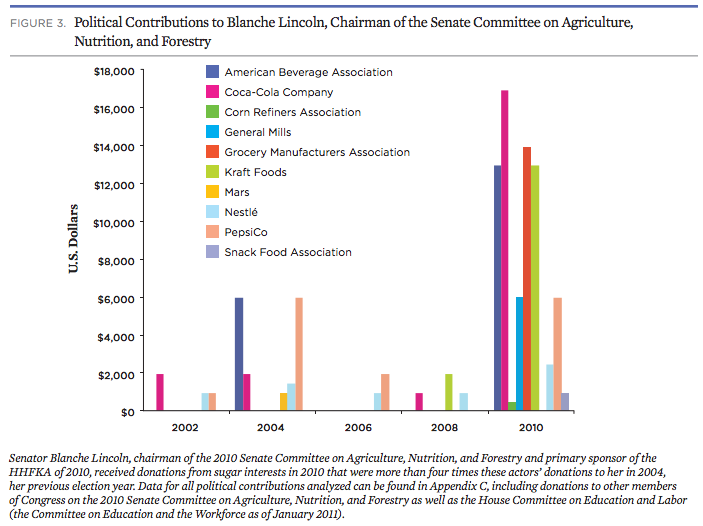 The industry’s tactics—similar to those used by Big Tobacco in downplaying the adverse health effects of smoking—were explored by Gary Taubes and Cristin Kearns Couzens in the 2012 Mother Jones investigation “Big Sugar’s Sweet Little Lies.” But this latest report draws on some newly released documents submitted as evidence in a recent federal court case involving the two biggest players in the sweetener industry: the Sugar Association and the Corn Refiners Association (the trade group for manufacturers of high fructose corn syrup).

The report details companies’ plans to bury data and to convince consumers that sugar is “fine in moderation.” It also shows how trade groups hired independent scientists to cast doubt on studies that show the adverse affects of sugar consumption—and strategized to intimidate scientists and organizations who didn’t tow the industry line.

For example: The researchers cite a 2003 letter, first obtained by Mother Jones, from the president and CEO of the Sugar Association to the director general of the World Health Organization. In the letter, the Sugar Association intimates that it will deny funding to the WHO and the Food & Agriculture Organization if the groups don’t pull a report that shows that added sugars “threaten the nutritional quality of diets.” Another internal document claimed the action worked:

Sure enough, when The World Health Assembly (the WHO’s decision-making body) released its global health strategy on diet and health in 2005, the study in question wasn’t referenced once. 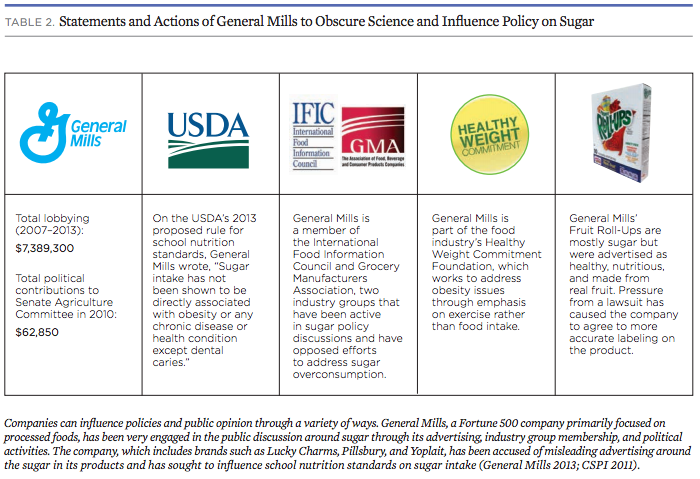 The report’s authors hope that the new findings will influence the ongoing battle over school lunches eaten by 32 million children each day. In 2013, both General Mills and the Sugar Association weighed in on proposed lunch standards, dismissing the connection between sugar and health problems. According to the report, “the USDA adopted a weaker rule than it first proposed, limiting kids’ sugar intake at school by weight rather than by calorie as public health experts had recommended.” If the current agriculture appropriations bill is approved in an upcoming congressional vote, schools will be allowed to opt out of new USDA rules that require cafeterias to provide more fruits and vegetables in students’ lunches.

The authors also hope to hasten change on food labels. The FDA is currently evaluating proposed revisions that would require manufacturers to list added sugars separately from those that occur naturally. A public hearing is scheduled for Thursday in Washington D.C. Six trade groups, including the Corn Refiners Association, the American Frozen Foods Institute, and the National Confectioners Association, have already pushed on the FDA to postpone while they complete “consumer perception research,” on the proposed changes. Representatives from the Center for Science and Democracy plan to present the results of the study to encourage officials to move forward with the new labels.

You can read the full report here.