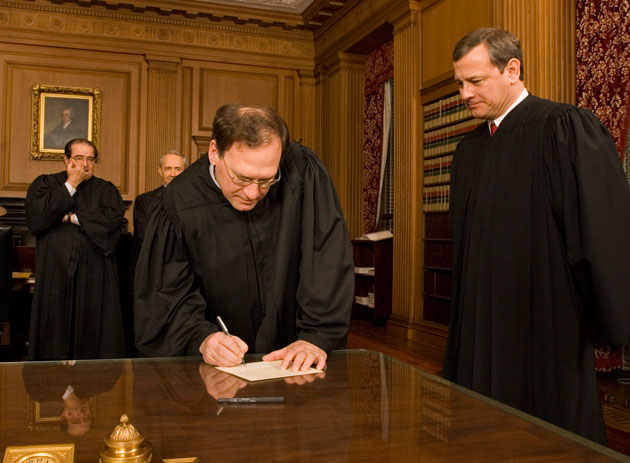 Here’s one more reason to worry about the Supreme Court’s Hobby Lobby decision, which allowed the arts and crafts chain to block insurance coverage of contraception for female employees because of the owners’ religious objections: It could screw up corporate law.

This gets complicated, but bear with us. Basically, what you need to know is that if you and some friends start a company that makes a lot of money, you’ll be rich, but if it incurs a lot of debt and fails, you won’t be left to pay its bills. The Supreme Court affirmed this arrangement in a 2001 case, Cedric Kushner Promotions vs. Don King:

linguistically speaking, the employee and the corporation are different “persons,” even where the employee is the corporation’s sole owner. After all, incorporation’s basic purpose is to create a distinct legal entity, with legal rights, obligations, powers, and privileges different from those of the natural individuals who created it, who own it, or whom it employs.

That separation is what legal and business scholars call the “corporate veil,” and it’s fundamental to the entire operation. Now, thanks to the Hobby Lobby case, it’s in question. By letting Hobby Lobby’s owners assert their personal religious rights over an entire corporation, the Supreme Court has poked a major hole in the veil. In other words, if a company is not truly separate from its owners, the owners could be made responsible for its debts and other burdens.

“If religious shareholders can do it, why can’t creditors and government regulators pierce the corporate veil in the other direction?” Burt Neuborne, a law professor at New York University, asked in an email.

That’s a question raised by 44 other law professors, who filed a friends-of-the-court brief that implored the Court to reject Hobby Lobby’s argument and hold the veil in place. Here’s what they argued:

Allowing a corporation, through either shareholder vote or board resolution, to take on and assert the religious beliefs of its shareholders in order to avoid having to comply with a generally-applicable law with a secular purpose is fundamentally at odds with the entire concept of incorporation. Creating such an unprecedented and idiosyncratic tear in the corporate veil would also carry with it unintended consequences, many of which are not easily foreseen.

In his opinion for Hobby Lobby, Justice Samuel Alito’s insisted the decision should be narrowly applied to the peculiarities of the case. But as my colleague Pat Caldwell writes, the logic of the argument is likely to invite a tide of new lawsuits, all with their own unintended consequences.

Small wonder, then, that despite congressional Republicans defending the Hobby Lobby decision as a victory for American business against the nanny state, the US Chamber of Commerce—the country’s main big business lobby—was quiet on the issue. Even more telling: Despite a record tide of friends-of-the-court briefs, not one Fortune 500 weighed in on the case. In fact, as David H. Gans at Slate pointed out in March, about the only sizeable business-friendly groups that did file briefs with the court were the US Women’s Chamber of Commerce and the Gay and Lesbian Chamber of Commerce. Both sided against Hobby Lobby.